People volunteer to do this?

Late yesterday afternoon, we completed our second Hash Run here in Grenada. We had so much fun losing our virginity two weeks ago, we dragged along our friends on Happy Times so that they could do the same.

The trail, which began at the 12 Tribes of Israel Rastafarian Headquarters in Good Hope, St. Pauls, was almost entirely comprised of steep hills. Steep muddy hills. Oh, and a significant stroll down the middle of a flowing stream. As the event drew on, we ended up quite a distance in front of our friends and as we climbed the muddy hills, both Rebecca and I were convinced that they were going to want to kill us when it was all over. On the contrary, apparently they’re masochists like the rest of the participants because although they ended up completely sweaty and muddy, they had a great time (or so they said). 🙂 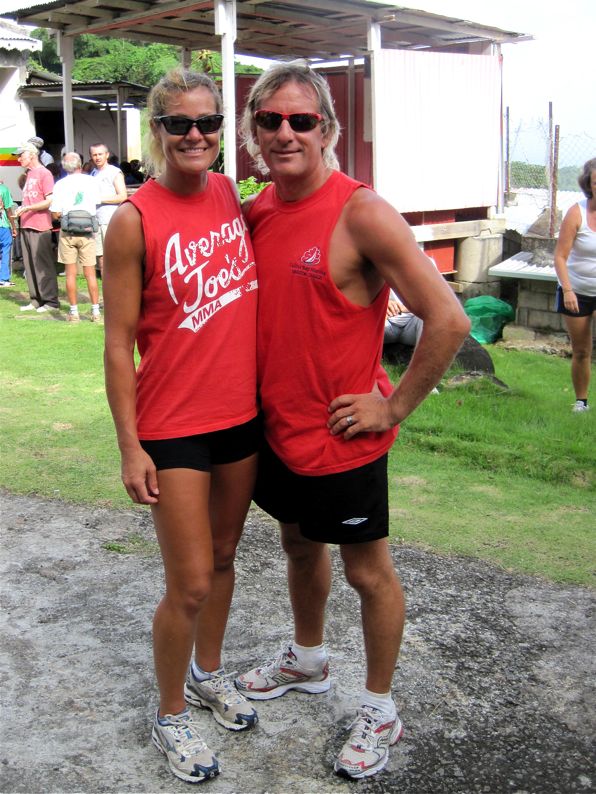 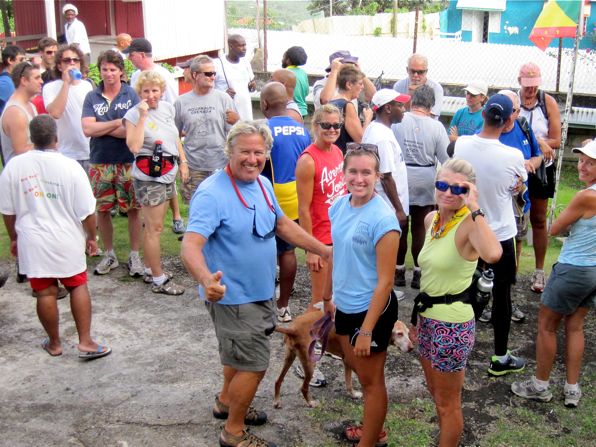 Doesn’t Happy Times look happy? Remember though, this is before the run has started. 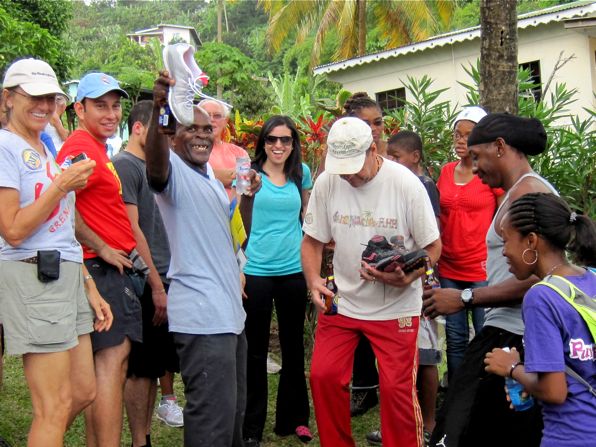 Take note: the Hashers have a thing against people wearing new shoes. 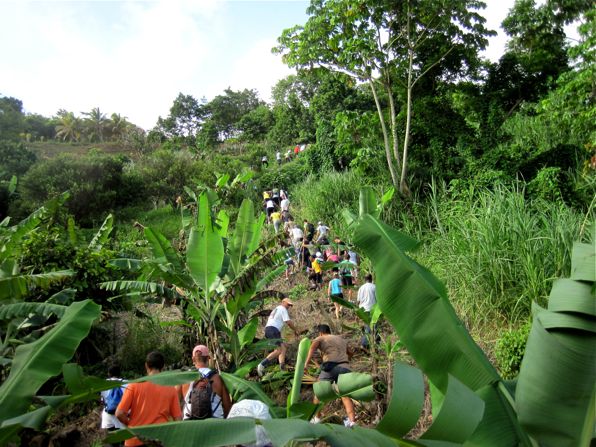 The start. Up we go. 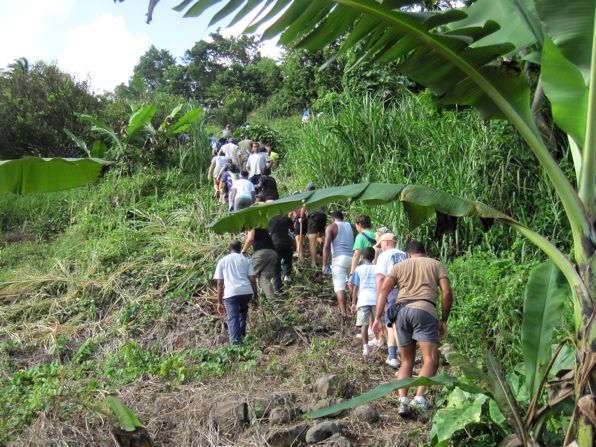 The steep path created a bit of a bottleneck, slowing down the faster runners. 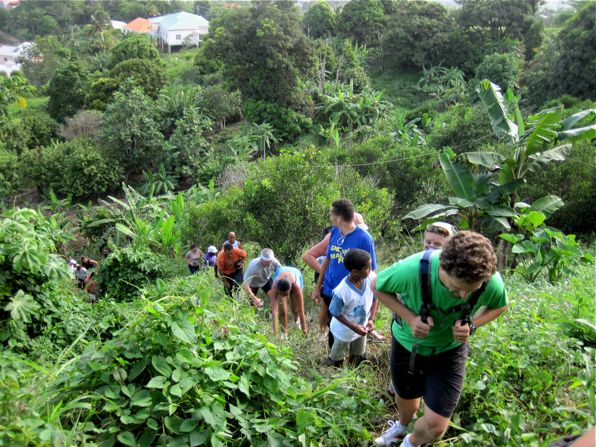 Up the mountain we go. 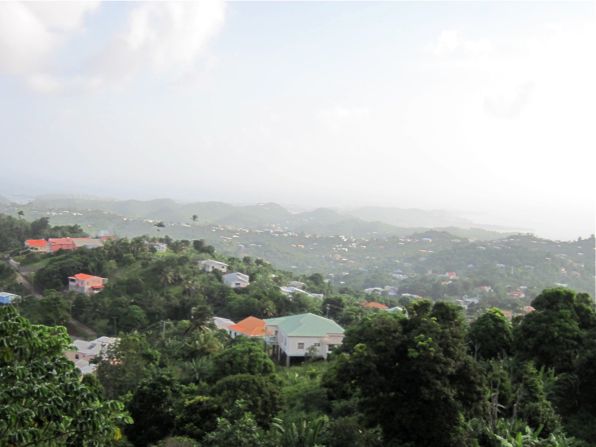 Nice views all around. 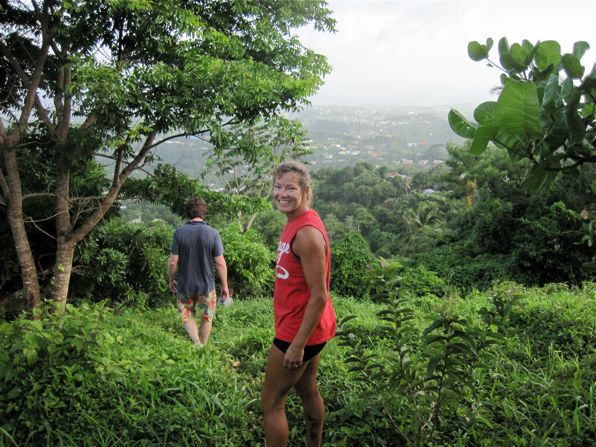 The pack has thinned out considerably by now. 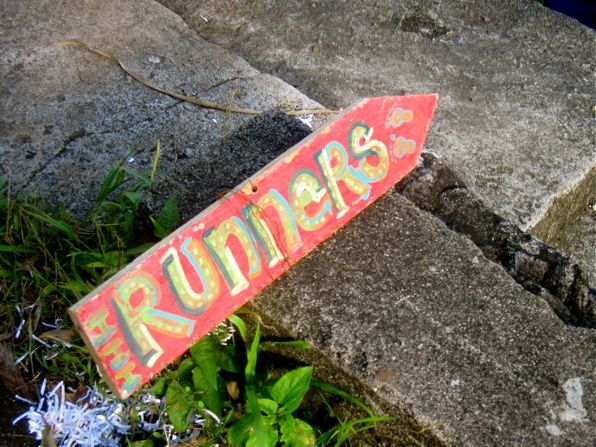 There is typically a runner’s trail and a slightly shorter walker’s trail.
Even the walkers had to do that big climb. 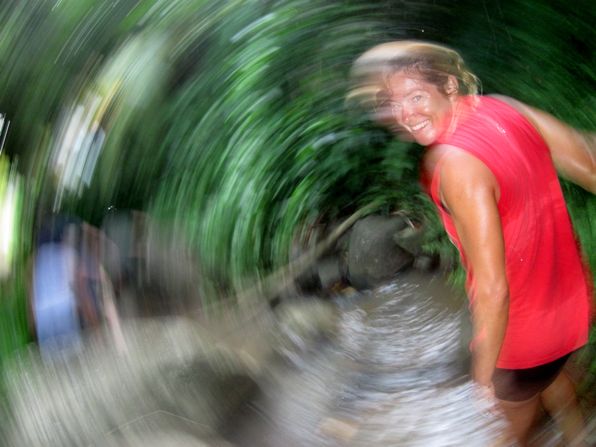 This is what my vision looks like when I am oxygen deprived. 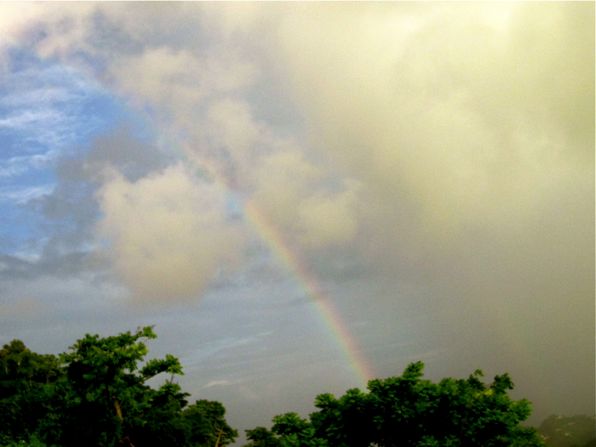 A rainbow at the end of the hash. A good sign I would say. 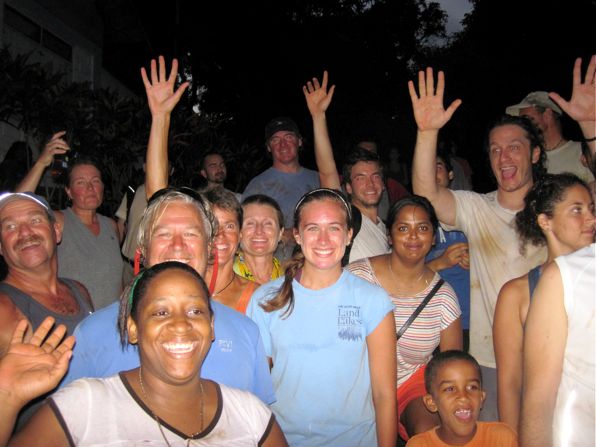 The virgins are gathered for their devirginizing ceremony. 🙂

We were almost without a dinghy

As seen on: Antigua

Even the 10 Commandments didn’t do away with thieves