Dinghy accidents are not cool

South of the litigious United States, navigation lights on dinghies become much less common. Although areas with established cruising communities may suggest that they are used, it is still unlikely that one will be pulled over by an officious Coast Guard officer for failing to do so. With that said, there are very good reasons for using lights while running in the dinghy at night. Many of the locals zip around in their boats at high speed and at night, they do so without a single light on board. A high speed collision with a boat like this, or even between two inflatable dinghies, would really put a damper on an evening. And believe it or not, we have heard that each season at least one person around here gets seriously injured in an accident just such as this. For this reason, we knew that we needed a good light.

While back in Florida we jury rigged a light for next to no money, doing our best to keep the Coast Guard at bay. The idea was OK and it was even featured on the Small Boat Projects website as a way of avoiding the “marine tax.” Sadly, it ultimately broke and we stopped using it, running instead with just a hand-held flashlight. I’m a little bit embarrassed to say that we finally broke down and forked over some real cash for an actual marine light. This one is so cool though, it’s hard not to be impressed. Red, green and white LEDs shine very brightly from the unit which runs on 3 AAA batteries. The cool feature is that the light attaches to the engine by four very strong magnets (you first bolt the base onto the engine cowling by drilling a small hole in it). We have a little lanyard attached to the light just in case the magnets fail but they are so strong, I can’t see it happening. Why this is a good feature is that the light can be removed and thrown in your pocket when leaving the boat at the dinghy dock, thwarting any would-be “tiefs.”

I should point out though that even with our super-duper light illuminating our dinghy, we almost had a head on collision the other evening with a fast-moving, non-lit dink. I don’t know what that guy was thinking! It was only my fast reactions that kept us from plowing straight into the other boat. So, even if you are are well lit, keep a good watch while out on the water. In the dark things can come on you very quickly. 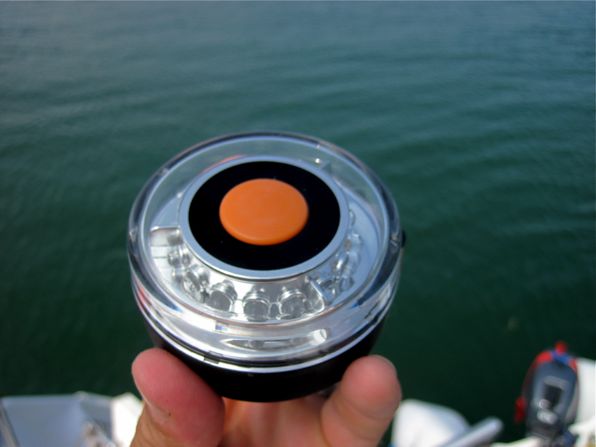 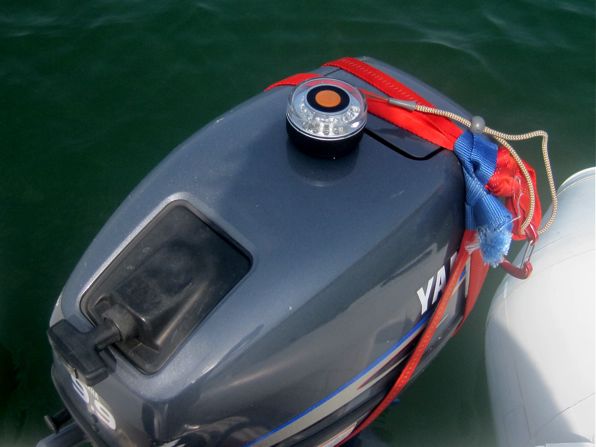 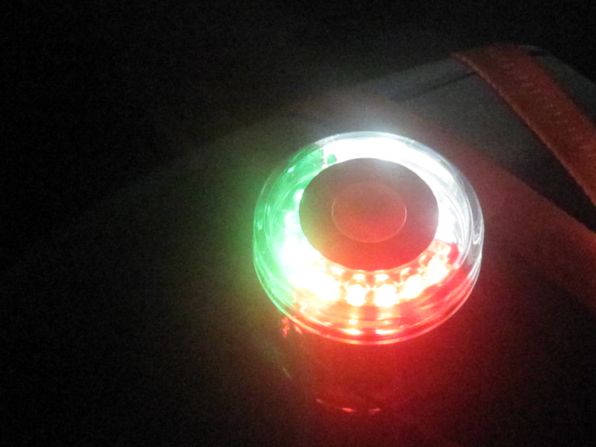