Most regular readers are probably aware of the fact that our most recent visitor, Carl, was only an acquaintance via the internet prior to his arrival. The multitude of posts that I wrote detailing the fun we had has to be evidence that that experience was a positive one.

The truth is that we have met so many cool people on our travels solely because of this blog. Some we have had the pleasure of meeting face to face while others we only correspond with via the web (or at least, up to this point). One person who has recently made the jump from the latter category to the former is David Manifold. David has contributed to this blog by commenting on many occasions and when he decided to purchase a sailboat moored here at Hog Island, sight unseen I should add, we started communicating via email too.

David arrived here from the UK last Wednesday and we were on hand to pick him up at the marina and deposit him onto his boat, a 21′ Beneteau (David confided that this is the 4th boat that they own). At some point next week David’s wife and daughter will be joining him here for a short vacation and we’re sure that they’ll have a great experience. In the meantime, we couldn’t leave David all on his own so we dragged him along to a hash last night. Like a trooper, he completed the runner’s trail, losing his virginity in the process (he has the certificate to prove it). 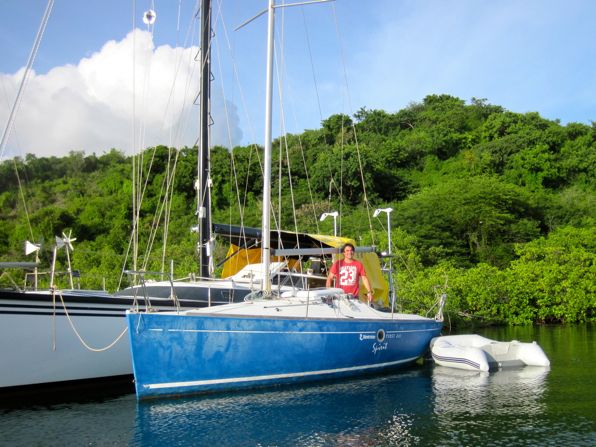 Just after depositing David on his boat last Wednesday afternoon. 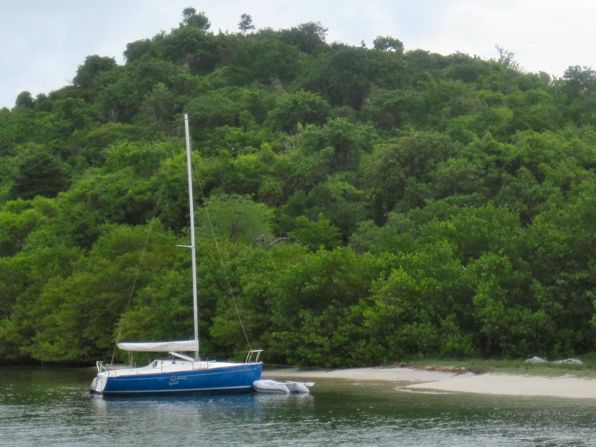 David moved his shoal-draft boat over to the beach so that he could clean the bottom. 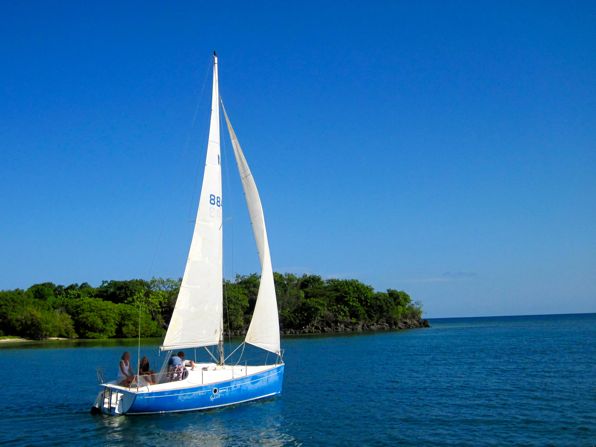 I bet it’s a blast to sail! 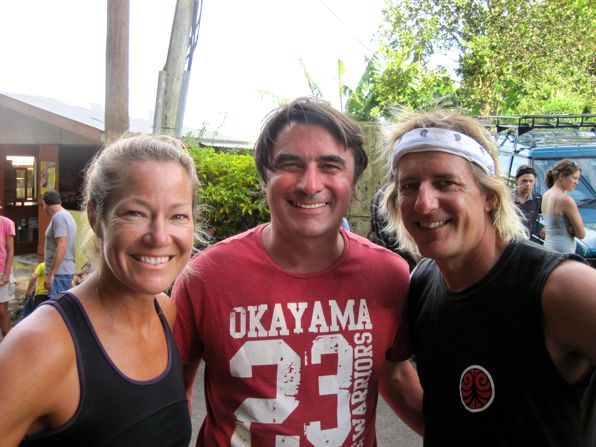 The traditional pre-hash photo. Does David know what he’s in for? 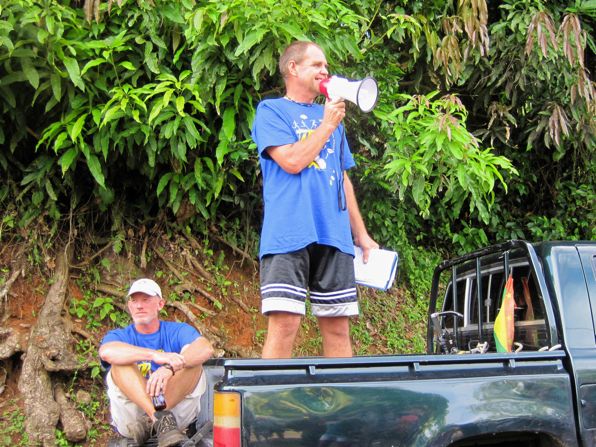 “The talk” by Hashmaster Mike. There were 4 trails to choose from last night, including an Ironman. Can you guess which one we did? 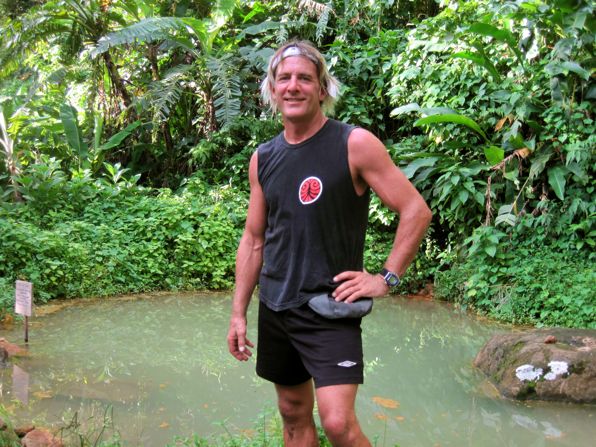 The trail led right by the Sulphur Springs. It looked just like a muddy puddle to us. We stopped to take this photo and 8 people passed us! 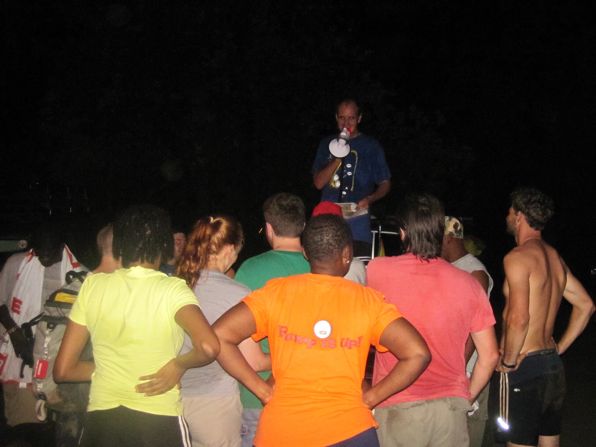 The newbies gather for the de-virginizing ceremony. 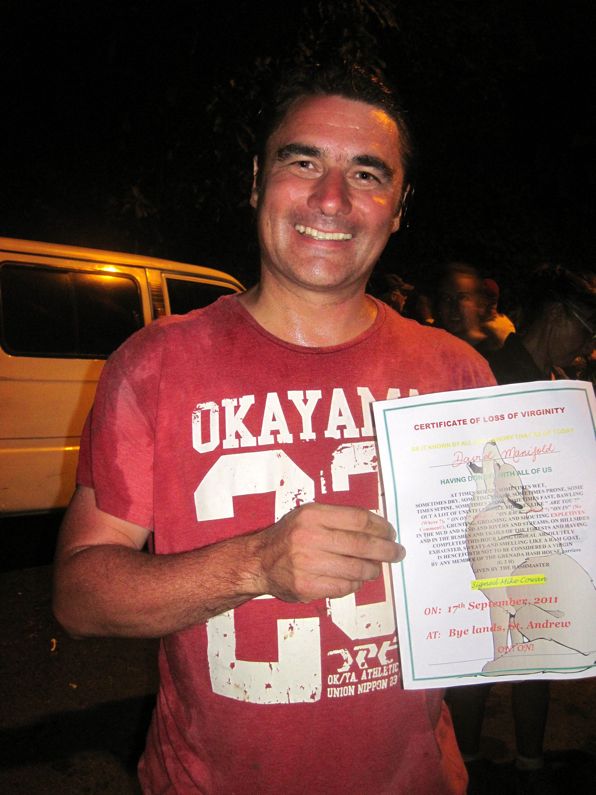 Yes, no longer a virgin and David has the certificate to prove it!

In the category of people who we have met on the internet but have yet to physically cross paths with is Cidnie Carroll. Cidnie was, like us, one of the 40 contestants to win a refit of her boat with Dyneema running rigging. Unlike us however, she has put a lot of effort into winning the “grand prize” which is a trip to Spain to crew on a Volvo race boat.

Turn the frown the other way around!