To say we’ve been busy this week would be a bit of an understatement. With two charters starting in only a couple of days we’ve been spending a lot of time provisioning. I wrote before about how finding a place to store the food and drink for a week’s charter was a bit of a challenge for us. This time around we’ve shopped for two separate 1 week charters. Obviously the perishables will be purchased on the turn around day between our two sets of guests but beyond that, we’ve tried to get as much of the food and beverages on board as we can. 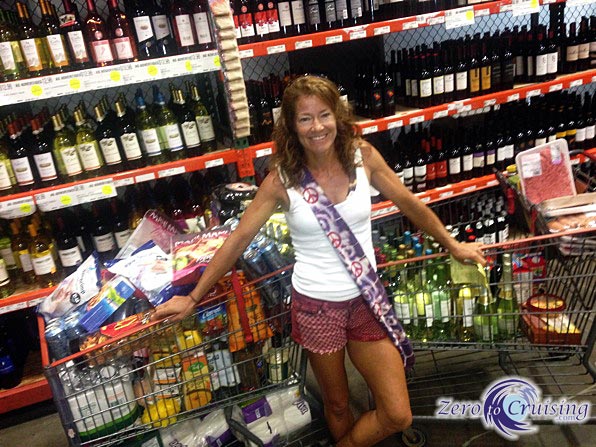 The second of many shopping excursions. 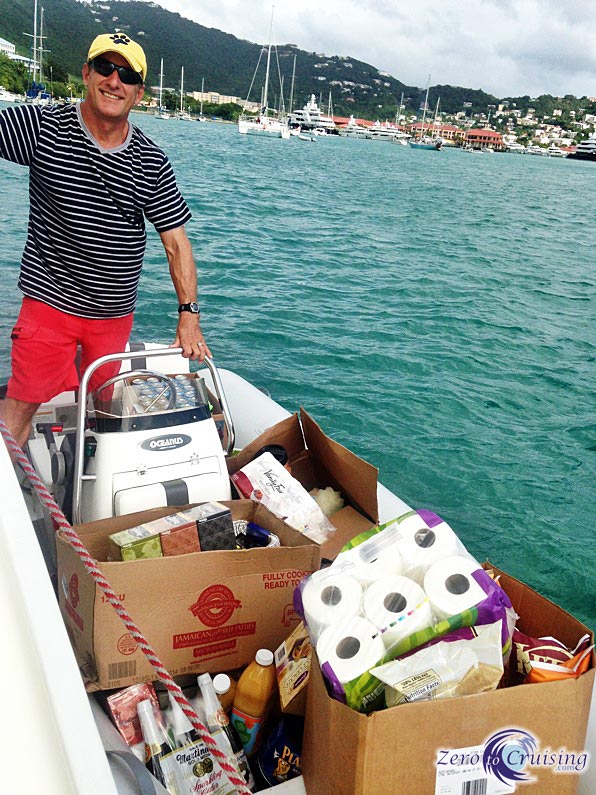 Getting the stuff back to the boat is half the challenge.

Of course, boats being what they are, we’ve had a couple of maintenance issues pop up just to make things interesting. The macerator pump in the head in one of the cabins started to act up so rather than risk it failing when guests are on board, I swapped it for one of our spares. The job wouldn’t have been too difficult except for one small thing: the O-ring which seals the pump to the head is a couple of millimeters too large. This makes it almost impossible to seat and get a good leak-free seal. When I quizzed our friend Kirk about this he said that plenty of swearing seemed to help him when he completed that task. I was well into doing the same by the time I called him for help!

If that wasn’t enough, when looking for the tools to complete that repair I found that the water heater under our bunk was leaking water under all of my tools. Just what we needed, another repair job. Fortunately for us, Budget Marine here in St. Thomas had one of the exact same units in stock. Our friend Jaime picked it up for us yesterday and Rebecca and I installed it this morning. As far as boat jobs go this one was relatively painless. Unlike the macerator pump, I think I only swore at the water heater a couple times. 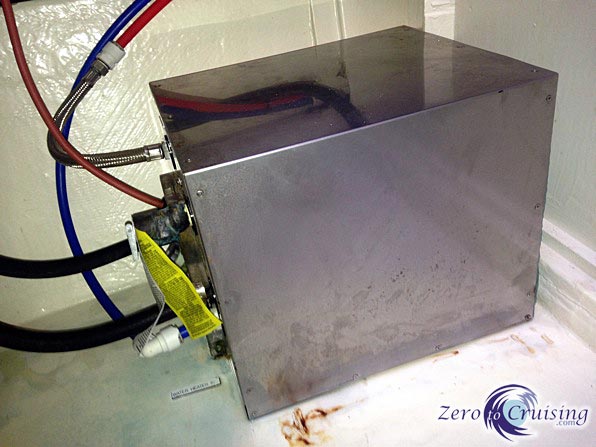 You can see the rust stains from where the water had leaked. 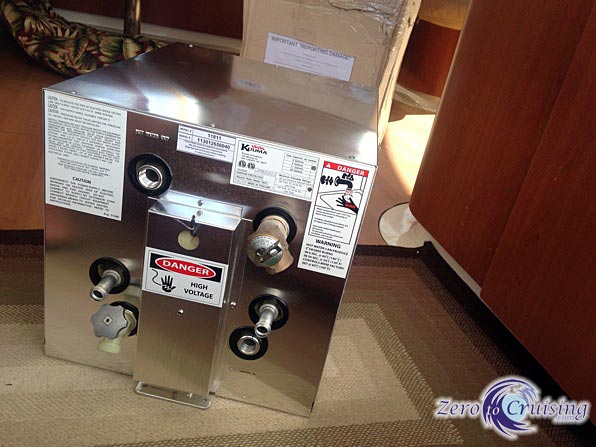 The new unit fresh out of the box.

All is well now though. We not only have hot water on One Love but we have enough alcohol on board to intoxicate most of the sailors in this anchorage! 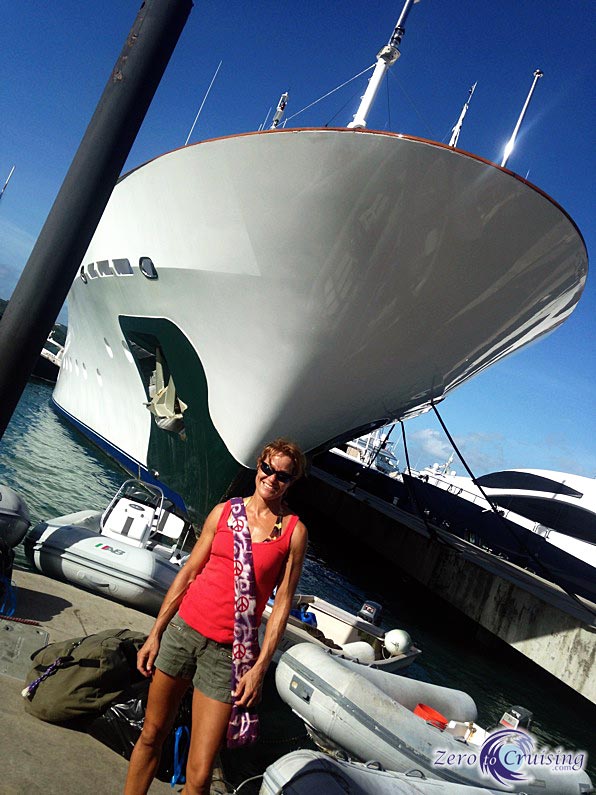 With three cruise ships in port it was pretty crazy on the dinghy dock this morning. 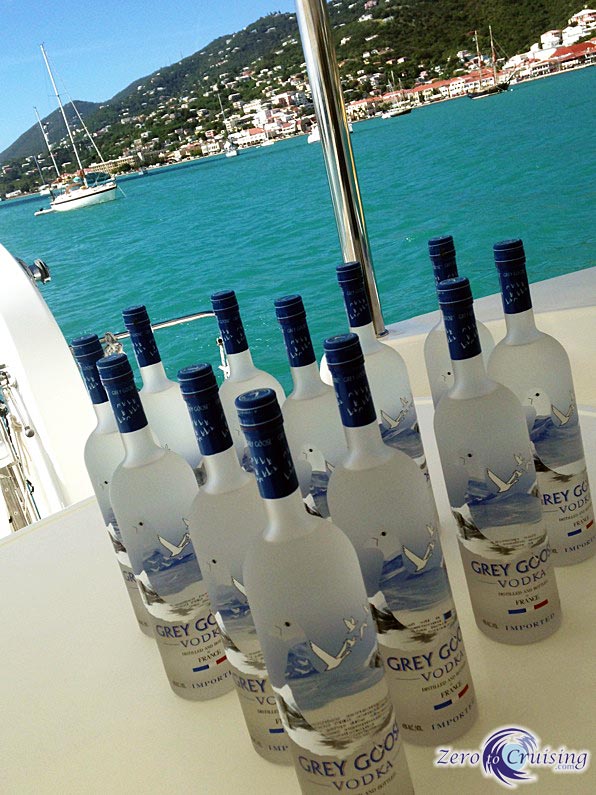 That didn’t stop us from doing even more shopping once our repairs were behind us.

Stuck in the lagoon