If you’re paying, you’re not crew!

Here is my Monday morning rant… if you’re paying to be on a boat, you are not crew! Crew do not pay to be on a boat, they get paid. Or in the absence of that, they at least have their expenses covered. 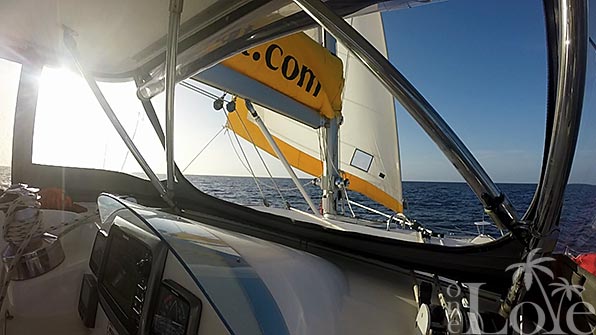 I’ve seen situations like this countless times, sometimes involving friends of ours. Boat owners, when undertaking a passage, or just traveling from island to island, advertise for someone to crew with them on their boat. The hook is, the crew is not being paid to do that work. Instead, they are the ones who end up paying.

Here is the thing, if you are paying for anything beyond the food that you will eat, and perhaps your transportation costs to get to the port where you will embark, you are a paying guest, not crew. You know how you can tell? Because in the absence of someone willing to pay that money, the boat carries on as usual. They don’t stay in port waiting for someone to fill that job opening, which means that the crew was unnecessary.

To be clear, it doesn’t matter what you write down on the immigration forms when you clear into a new country, if you’re paying, you’re a guest, not crew. End rant.

ADDITIONAL NOTE 11/4/14: I neglected to make mention of a third category of people who could be on board a vessel: students. There are people who legitimately pay to be on a ship to learn, or to acquire sea miles for licensing. While they may work on the ship, and even stand watch, IMO they are students, not actual crew.

What is a year of your life worth?