Those on social media sites have likely seen the video going around about Westjet’s Christmas Miracle promotion. Whoever thought that up was genius and I bet all of the other airlines are kicking themselves for not being that creative. As we flew by Liat back from Barbados, Rebecca and I discussed what gift we would ask for were we to be placed in such a situation. Our unanimous answer was a Macbook Air laptop.

Since the pre-Windows days I have used nothing but Apple computers. For over 20 years we ran our business with nothing but Macs with the exception of a brief stint where I employed a bookkeeper who insisted that we use a Windows machine. I hated that system so much that I fired him!

As good as Apple computers are though, the marine environment is tough. Rebecca’s hard drive died some time ago forcing her to use the little “disposable” netbook PC we have on board. The Mackbook Pro that I had delivered to us in the summer of 2011, while still working, could use a bigger drive. At the time that I purchased it Apple had just announced their MacBook Air laptops and I was hesitant to be one of the first to test their new technology. Now I’m ready though.

I have a theory. It seems to me that it is the mechanical hard drives which fail most frequently in laptops down here. As the Air uses flash memory instead of a mechanical drive, my thinking is that it may just last longer on a boat than a traditional laptop. At least I’d love to have the opportunity to test that theory! 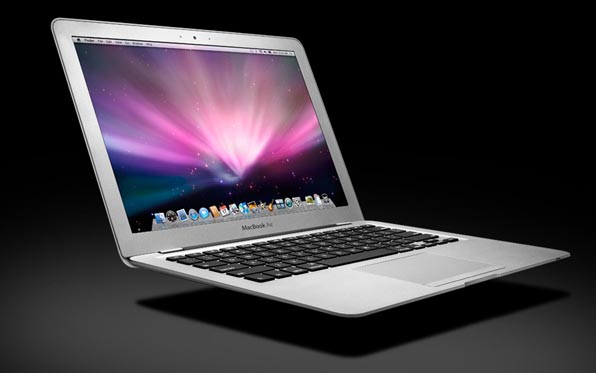 So, Westjet, Liat, Apple, Santa or long lost relatives, if you are listening, Rebecca and I have been very good this year. If you’re shopping for us, please place a new 11″ MacBook Air in each of our stockings, preferably with the larger hard drives and faster processors (that’s not being too greedy, is it?). We promise to use them to keep this blog full of great content in the coming year. 😉 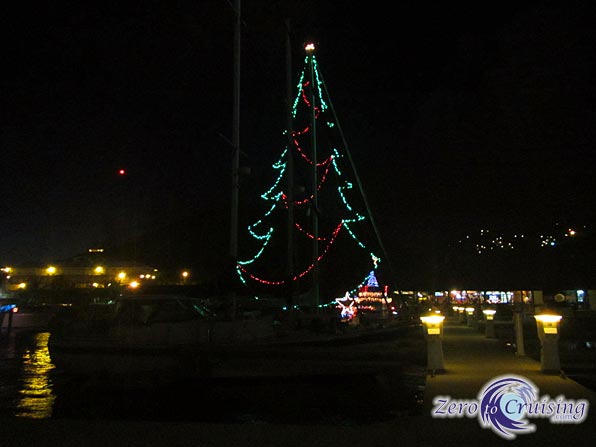 Last night we were invited to ride on “Rudolf” in the Christmas Boat Parade. It was a fun throwing candy to the kids along the waterfront as we motored slowly past. We did sing Rudolf the Red Nosed Reindeer a few too many times though.

Our boat could become a giant battery

Evidence of the climb