After observing that virtually none of the vessels in the Chaguaramas anchorage had a proper anchor light set after dark last night, I made a comment on Facebook noting my surprise. As has happened in the past, my comment was met with people quoting the COLREGS section which states that anchor lights are not required in Special Anchorages (see this external link for a discussion on the subject).

This is one of those things that drives me crazy! 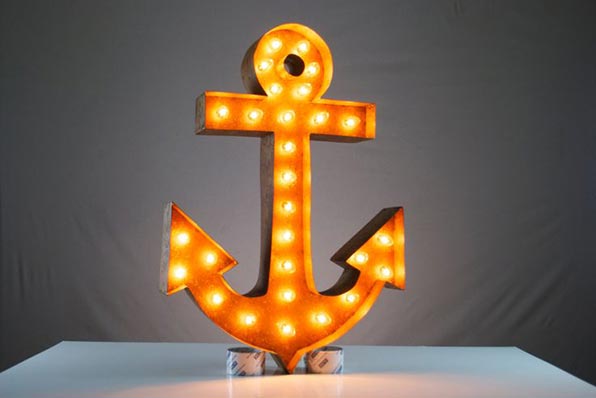 No, this is not an anchor light!

I don’t care what the rules state! If seat belts were’t required, I’d still wear one (I’ve been in car accidents both wearing a seat belt and not — I prefer with). I also wear a helmet when snowboarding, required or not. As for my anchor light, I’m keeping one lit whether the rules say that I need to or not, and that includes when our boat is made fast to a pre-set mooring ball as opposed to our own ground tackle. In fact, sometimes, if there is a high amount of fast moving dinghy traffic in the anchorage, I’ll even set a second LED light in the fore-triangle of the boat! Why? Because I don’t want someone T-boning us in the middle of the night.

On a few occasions, we’ve had to make our way into a crowded anchorage at night. There is no doubt that some of the masthead and other lights get lost against the light pollution on shore. What is also true though is that in those situations, your night vision is basically screwed, and unlit boats are next to impossible to make out until you are right on top of them (you’d better be going very slow in those situations).

I know I’ve ranted about this subject before so why bother posting about it again? Because this is the time of year that a lot of cruisers are heading south for the first time, and I’d rather they not be confused by this subject. Unless you’re on a dock, keep an anchor light lit from dusk until dawn. Just do it! Either install an LED one so that the power requirements are negligible (one with a photocell to turn it on and off would be ideal), or manage your power so that it’s still a non-issue. I wouldn’t want to be the guy having the “but it’s a special anchorage” conversation with my insurance agent after someone hits my unlit boat, and I suspect you wouldn’t either.

Additional points: An anchor light is a white, all-around (360 degree) light, set at the masthead or in the fore-triangle of the boat. It is NOT a red light, unless your mast is over 100′ tall. Garden-quality solar lights, by themselves, don’t cut it, and it is absolutely not a strobe light. Don’t be that guy!

As if we had never left