We’re still here, having fun, in Beaufort, NC but have also been trying to be productive. Yesterday started with Rebecca heading to shore to do a second laundry run and while she was gone, I once again plumbed in our watermaker. I did have that completed at one time before but when we installed our new Jabsco head, I removed the sea-water connection. It’s back on now though so when we get to some nice clean water, we’ll be all set to go.

When Rebecca returned she broke out her sewing machine and set to work on making some covers for the jerry cans that we carry on deck. We have been told that the sun is so strong down south that uncovered items are quickly destroyed by it. The covers are made from Sunbrella that matches our sail cover and they are even sewn with special UV-resistant thread. She did a great job! 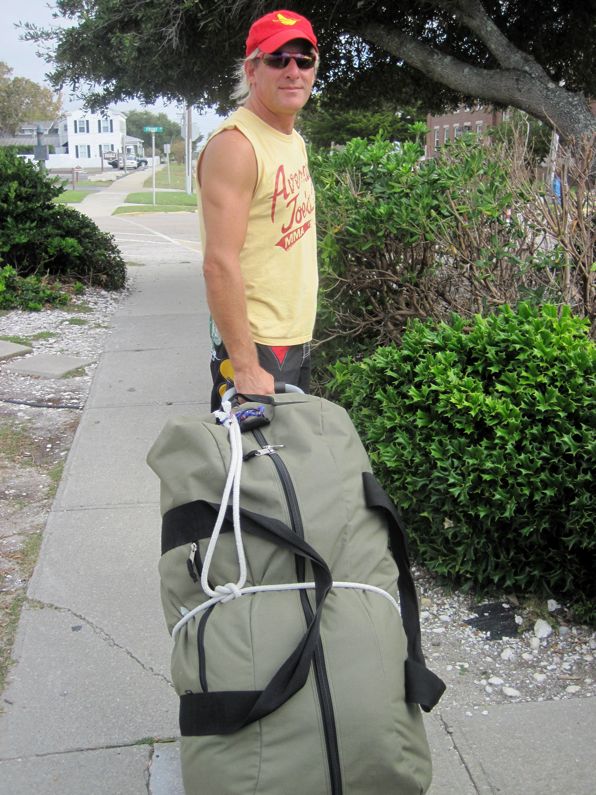 This was the previous day’s laundry run.
The rolling cart makes it much easier to get to the laundromat. 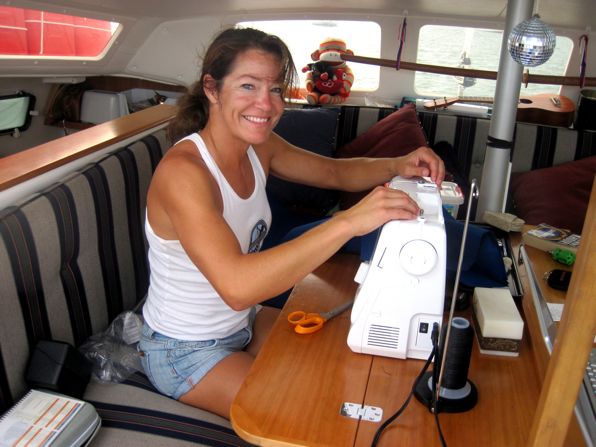 Rebecca is really getting the sewing thing all figured out. 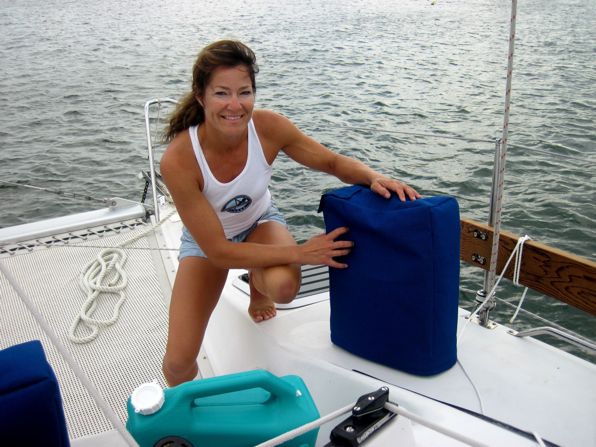 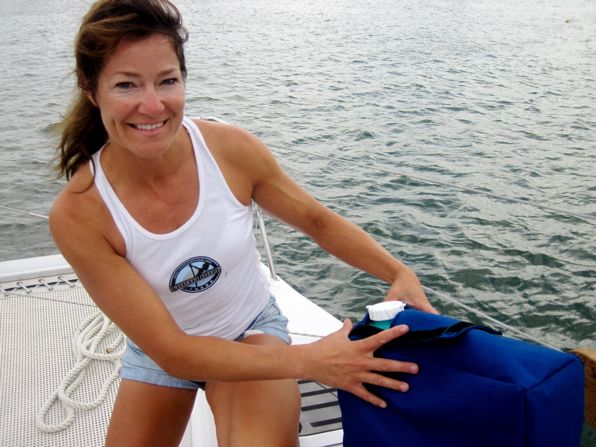 …with a little opening so that we can siphon the contents out without removing them from the rail. 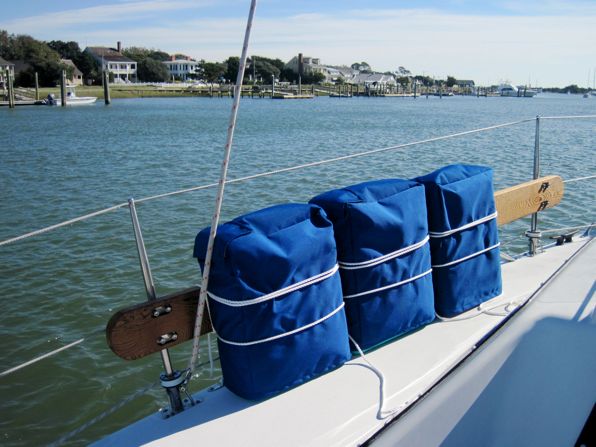 It’s not all work though… 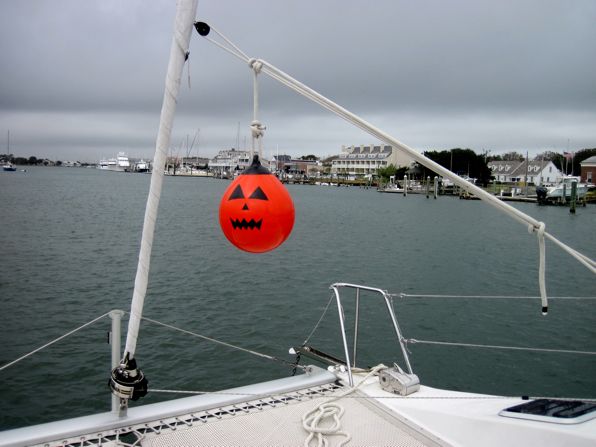 We started our Halloween decorations.
The black stuff is electrical tape, so it’s not permanent. 🙂

When feeling overwhelmed, relax and take a day off

Making a case for the Yellowbrick