Since the day that we left Canada in the summer of 2010, Rebecca and I have lived largely without a defined schedule. Our travel plans have been dictated almost entirely by the weather and/or our desires. As posts in our blog have shown, frequently both of those have been known to change with very little notice.

I am presently in the process of trying to get through a book that our friends lent us before we head to the boatyard. The book, Around the World in 18 Years, is a self-published autobiographical account of a sailor’s largely single-handed circumnavigation. While only about a third of the way through the text, I get the impression that the author, Hubert Marcoux, had been living much like this as well. It really is a pleasure to be able to live without a schedule, even if only for a short time. It’s obvious to us now though that we have already set foot on another path, one that will include timetables and responsibilities far beyond the two of us. I don’t say that with any regret because Rebecca and I relish change. We look at this as just another path that we get to explore, one that we’re quite happy to immerse ourselves in. 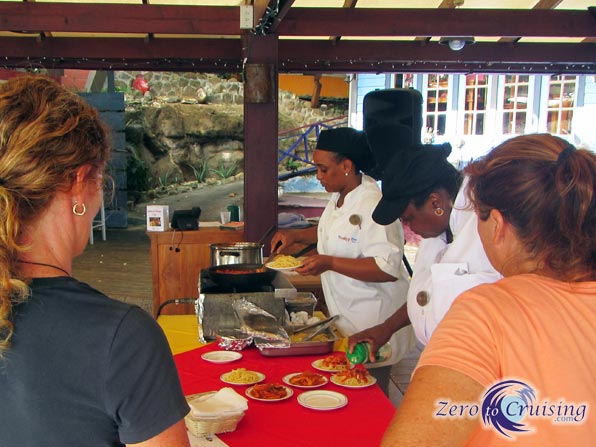 Another week, another Grenadian cooking class.

Yesterday, while Rebecca was at her Grenadian cooking class learning to make creole sauce, I spent several hours coordinating upgrades for our new boat. I know that many of my boating friends would love to have the opportunity to “start over,” outfitting their boat from scratch with a full budget and having learned all of the lessons acquired from living and working with their boat’s systems. In some way, that is exactly what we now have the opportunity to do. We are in the process of procuring a number of items in the States that will initially be shipped to 4-Star Cargo in Miami. They will then consolidate the packages and ship them to the islands for us. It’s all quite exciting. 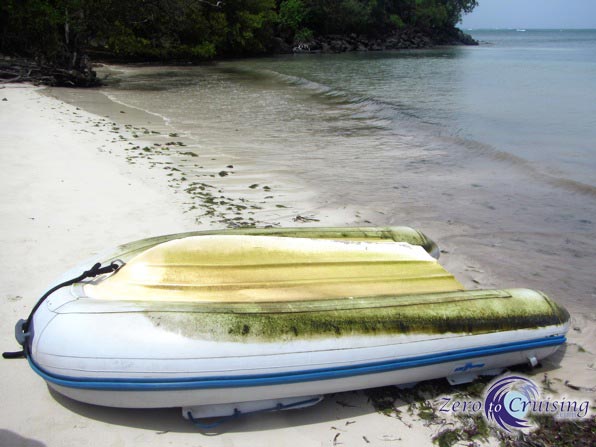 Also on the task list yesterday was cleaning our dinghy’s bottom.
It has been about 9 months since we have cleaned it. 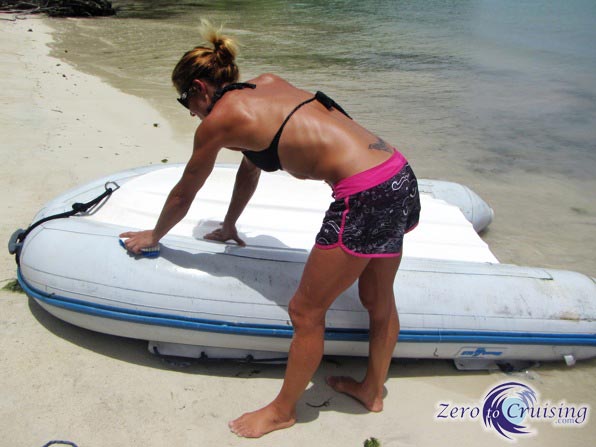 One final bit of good news is that our cat Samantha finally appears to be adjusting to her new home. She has had a tough time of it, being on a new boat with new smells, sounds, etc.. To help with the transition, we have visited her on numerous occasions and each time she has seemed a bit more relaxed. When we left her new boat yesterday, we felt much better about having had to give her up than we did last week. Not happy, but happier.

Who needs a pole?