The water level in our marina is so low, and the weeds have grown so much, that we needed to move our boat from our nice, secluded end slip(s) to the next dock over. This is a newer dock with longer fingers and more space to pull into. It did require a bit more maneuvering though because we are in between two docks instead of on the end. Rebecca now has the whole “steering by using the two engines” thing down though and she wheeled us in there without a problem.

Speaking of weeds, I spent a hour or so yesterday working to fix our head (toilet). It seems that the raw water intake was (is!) sucking in grass. The pump doesn’t like this sort of thing! I found yesterday that there is a strainer/filter that can be put into the intake line to prevent this from occurring. I think we’ll be going shopping for one this morning. 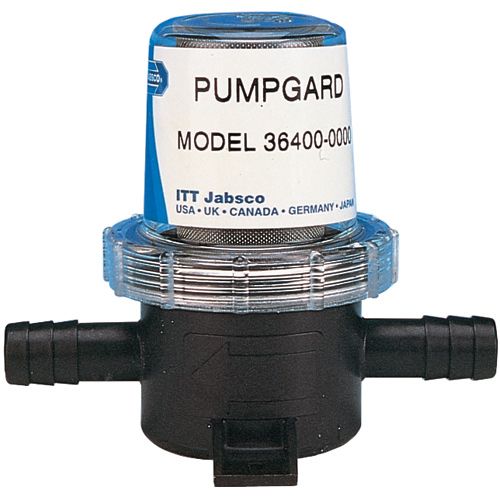 The Christmas presents we wrote about earlier have started to arrive. We have a nice new electric windlass sitting in a box by our feet. I carefully brought it forward on Sunday (I had visions of dropping it overboard and then having to go diving for it) and checked its size to the available space we have. Fortunately it will fit. Now we just need to get it installed!

It’s not too often that we get to take pics of Katana at anchor. These shots were taken on Sunday from our friend’s boat, Patti O’Paul. 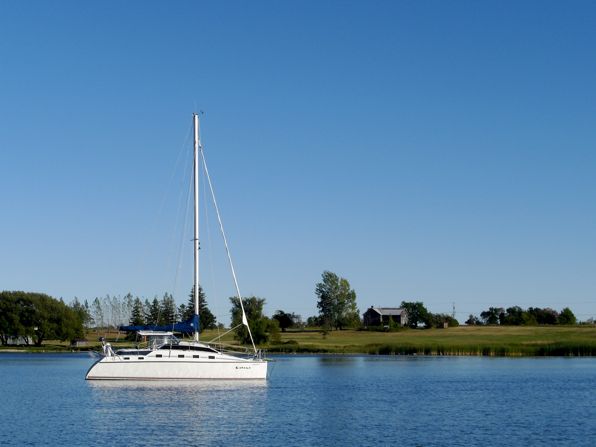 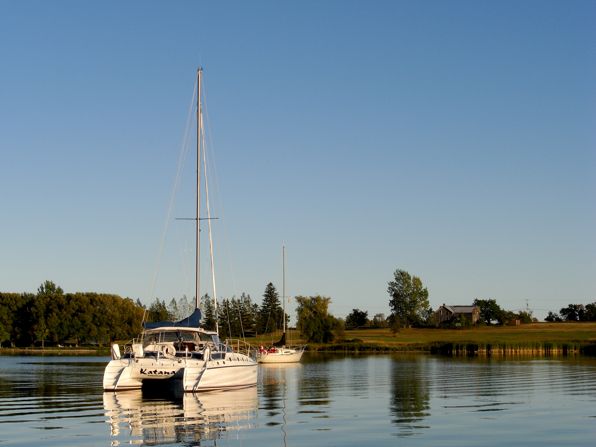 Another great adventure, and I don’t mean the flights.

Our boat is Soooo fast…