Was it us or the ice cream?

Most days I feel quite fortunate and yesterday was definitely no exception. We had four families take us up on the invitation that we posted the other day to join us for an open house at our friend Michael’s house. I think the closest of these people drove over 40 minutes just to get there which, in our eyes, is quite an effort!

Two of the people who attended the party, Robert and Darlene, we know from our time in the Bahamas. That was back in 2010 though and we haven’t crossed paths since. It was only by a strange coincidence that they ended up transiting through this area at the same time that we were here. An even stranger coincidence is that Robert and Michael found that they actually knew one another, both of them having raced together on our friend Shane’s boat back in Georgetown!

While it’s cool that our friends drove down to see us, it’s even a bit more cool that perfect strangers would drive all that way just to chat a bit. We feel blessed. Thank you! 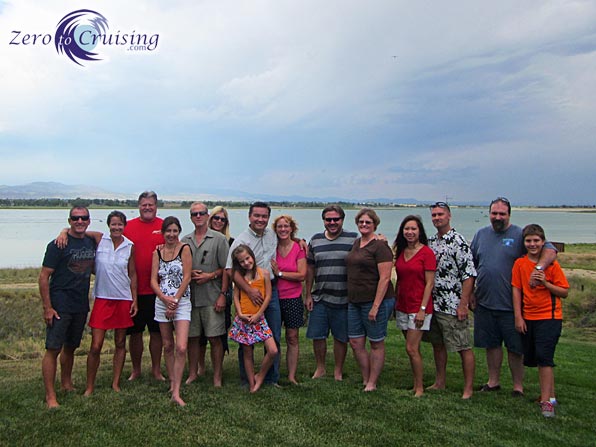 What was the highlight of the party? Was it our stimulating conversation? Hardly. It was the home made ice cream that we made and served. Using the party guests as guinea pigs, we tested out our brand new ice cream maker which, with yesterday’s success, has earned itself a place on the charter boat. Home made ice cream on a sunny day in the Virgin Islands… what could be better? 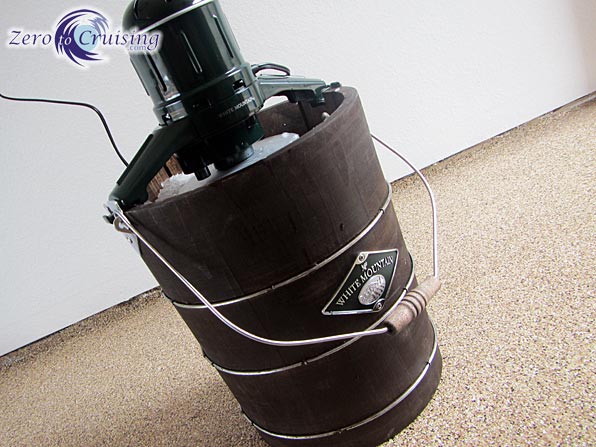 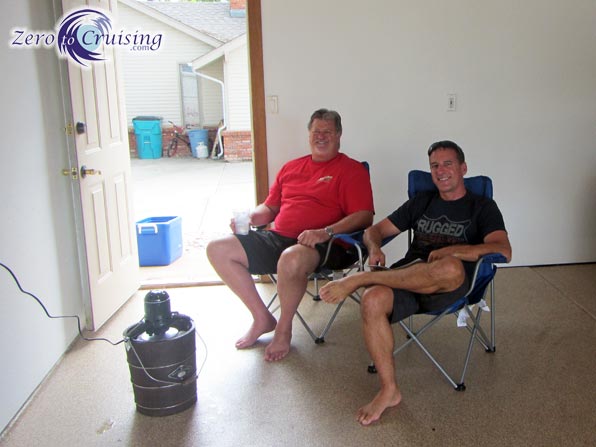 Michael and I tending the ice cream maker.
It’s hard work but somebody has to do it!

PS: Thanks to Michael, Julie and Rebecca for all the work you did in prepping for the party. It makes me tired just thinking about all the running around you three were doing!

What’s your story, the most frequently asked question

Improvements overlooked by most guests – Part 3