From the time we dropped off our guests on Sunday to the arrival of the Leopard’s owner and our two other friends, we have three and a half days. The second half of Sunday was a write-off. We spent that recovering (that means napping) and then later, socializing with some boating buddies. Yesterday, we ventured ashore to run a few errands and do a bit of shopping. Shopping which included over $450.00 of oil and coolant to service all of our engines and generator! Yeah, that’s going to take a bit of time.

Once the running around was completed we were very happy to be able to spend some time hanging out with Seth and Jaime, formerly of Slapdash fame. Long time readers might know that these two were a big inspiration to Rebecca and me. We read their blog religiously as they were circumnavigating, and corresponded with them frequently. As luck would have it, they were visiting the USVI and ended up anchored right in front of us. Seth and Jaime have moved up considerably from their days on a Gemini 105, at least size wise that is. Now the two of them are acting as Captain and Chef on a Moorings’ Leopard 5800, one beautiful but massive boat!

In a few moments we’ll be heading back to shore to provision for the next week on the boat. While not as serious a task as if we were shopping for a full paying charter, we still need to make sure that there is food on the boat for the five of us to eat. And rum to drink, we certainly had better not forget that! 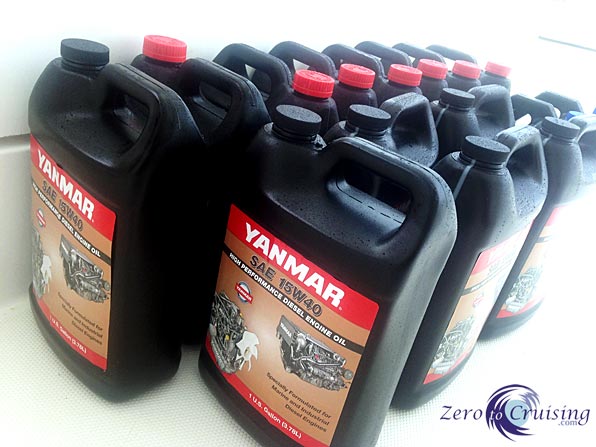 A great reason to visit Carriacou