We are now insulated

Imagine that you have a large telephone pole right beside your house and that, instead of it being partially buried in the ground, it is supported only by three equally-spaced guy wires. Now imagine that you want to do some work on one of those wires so you need to remove it. It doesn’t take a geometry wizard to figure out that the pole would now be a lot less stable and could easily fall down in the direction away from the wire you removed. Hopefully it doesn’t smash your house if it does!

The above it pretty much what we needed to do yesterday with our mast. Our mast is deck stepped meaning it is just sitting on top of the deck and, unlike many boats, it is supported by only three wires (2 shrouds and a head stay). We needed to install the Hayn insulator in our starboard shroud so we commissioned Greg, from Atlantic Rigging to get it done. Greg did an excellent job and I have to say this may very well be the first time anyone has ever completed a job in less time than I was quoted! It took him less than 2 hours from start to finish, and most importantly, the telephone pole (our mast) didn’t come down crashing into our house (our boat). Whew. We are glad that is done! 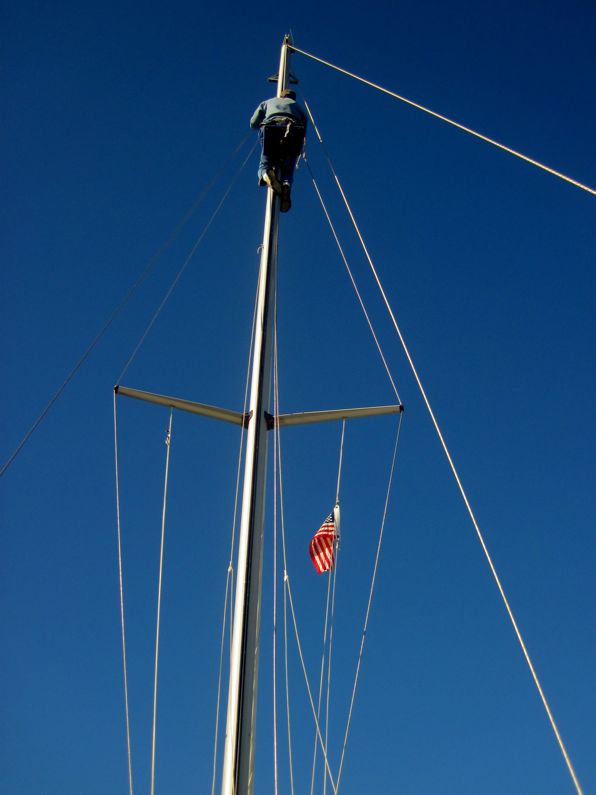 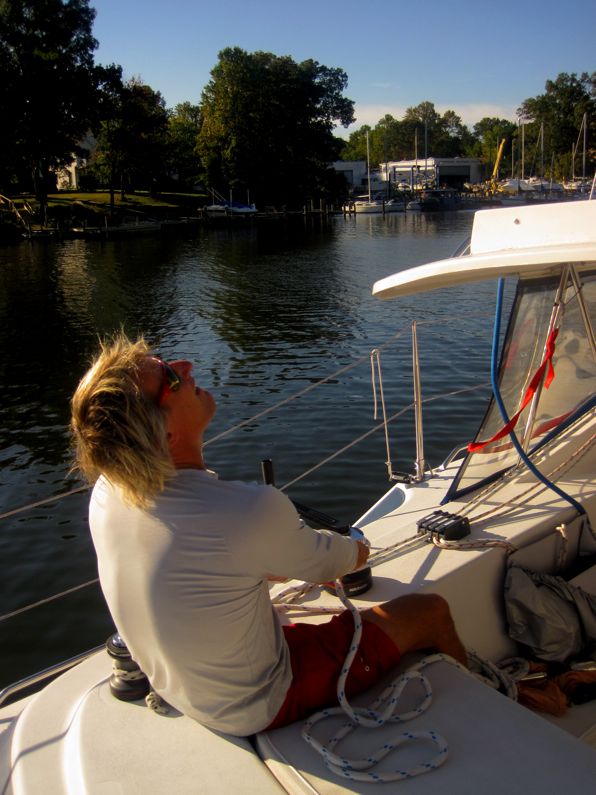 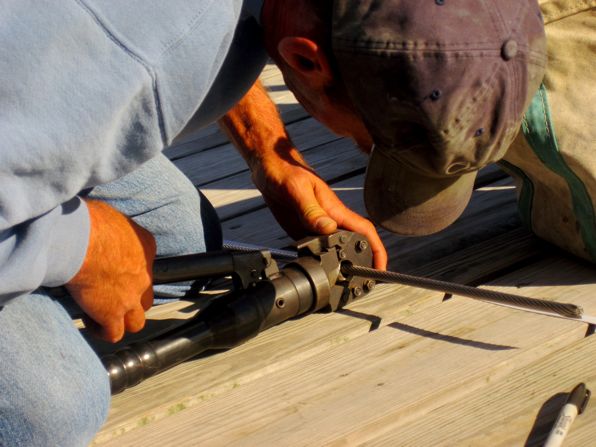 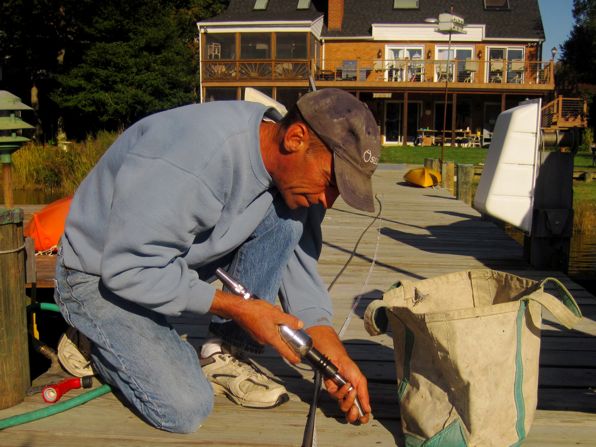 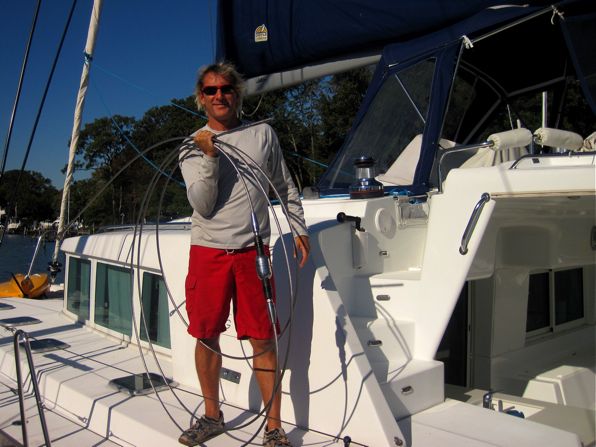 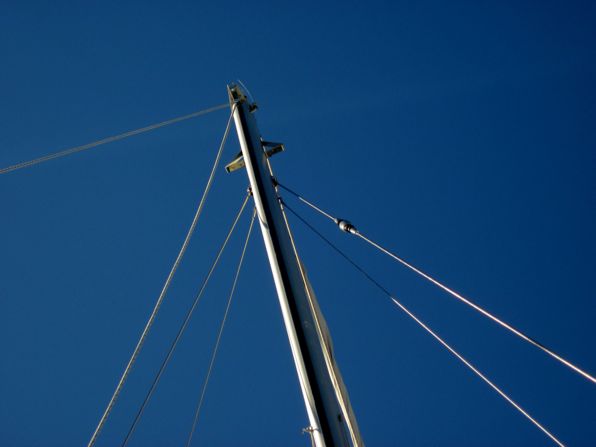 If that job wasn’t exciting enough, we also decided to equalize our batteries for the first time. I found this link which describes this process:

In a typical equalization cycle, the battery voltage is allowed to rise to approximately 16 volts, where it is maintained for up to eight hours by adjustment of the charging current. This process helps to mix up the electrolyte, which otherwise tends to “stratify” (i.e., separate into overlappying layers of acid and water), and is also useful in removing some sulfate deposits. When performed properly, equalization doesn’t make the battery boil over, but does produce fairly vigorous bubbling.

We were cautioned to turn off all of our DC circuits while doing this as many things don’t like the high voltages that are created during this cycle. Additionally, one needs to be careful to keep the battery area well vented and to not create any sparks around them as the gasses emitted from the batteries during equalization are explosive! That sounds scary, doesn’t it?

Because I am typing this now you can correctly assume that our batteries did not blow up and all is well. We are pretty much ready to depart the Chesapeake area and start heading south again. Of course, we’re expecting winds to be gusting to near gale force on Friday, which may just delay our departure. We’ll see.

A SAILboat once again!