A tale of two anchorages

Only two nautical miles apart from one another, the west-coast St. Lucian anchorages of Marigot Bay and Anse La Raye couldn’t be more different. Curious to know how so? Read on. 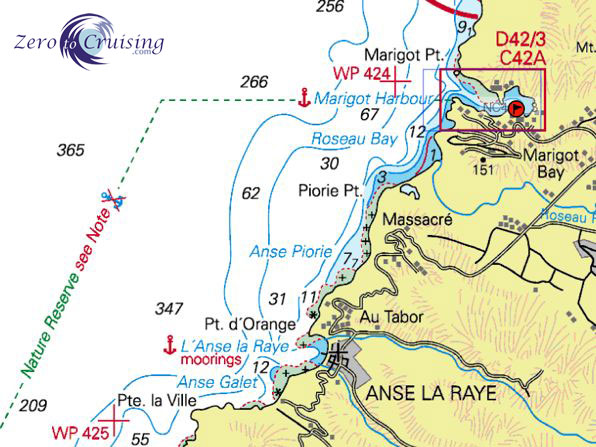 The heart of Marigot Bay, the most northerly of the two spots, is a mangrove-lined lagoon, called home by the Mooring’s charter company. There is a nice marina there which can, and does, accommodate huge megayachts, as well as several nice restaurants which are no doubt frequented more by the charter guests and other vacationers than they are by cruisers like us. The outer anchorage, where we stayed, is quite scenic and we found it to be calm with good holding. It is narrow though and now owns the record for being the first anchorage we have ever stopped in that we found to be smaller than the charts led us to believe.

A short hop south from Marigot Bay is the fishing village of Anse La Raye. This decently-sized bay is also scenic but instead of mangroves lining its shores, there is a nice sand beach separating the water from the town. Colorful fishing boats are moored in various spots throughout the bay, also adding to the ambiance.

As is customary for us, we found opportunities to “stretch our legs” in both bays. Our research led us to two different trails in Marigot Bay, both of which took us high into the hills, giving us the chance to look down upon all of the boats at anchor. In Anse La Raye we set off in search of a waterfall and we were not disappointed. The hour-long hike ended at some multitiered falls that we pleasantly had all to ourselves. As a matter of fact, we saw no one on the other two trails either.

We were also happy to be able to sample the nightlife in both spots. Rebecca and I, along with George and Nico from Earthling, made a point of attending Karaoke Night at one of the local bars on Wednesday. This is apparently THE thing to do on that evening. Not surprisingly, we were the only non-locals there and although there were no music stars among us, we did have a fun time.

Last evening was Fish Friday in Anse La Raye where, much like what happens in Gouyave in Grenada, vendors set up food stands selling everything from lobster to bakes (imagine puffy deep-fried dough). This is obviously a lot more publicized and, at least for the early part of the evening, there were many tourists present. Coincidentally, this is the same night that the Jump Up takes place in Gros Islet up the coast. Without the large marina at Rodney Bay to draw from, and the numerous resorts in that area, Anse La Raye’s event draws only a small fraction of the participants that Gros Islet’s party does, at least using last night to compare.

Do we recommend one spot over the other? Do you prefer Chinese Food or Pizza? Both anchorages have something to offer and you obviously know your tastes better than we do. If you’re cruising in the ideal fashion, without a strictly-defined timetable, you can visit both and form your own opinion. I’m sure you won’t be disappointed with either place. Here are the ZTC Guide Book basics though:

Can you guess which bay each of these shots were taken in without reading the captions? 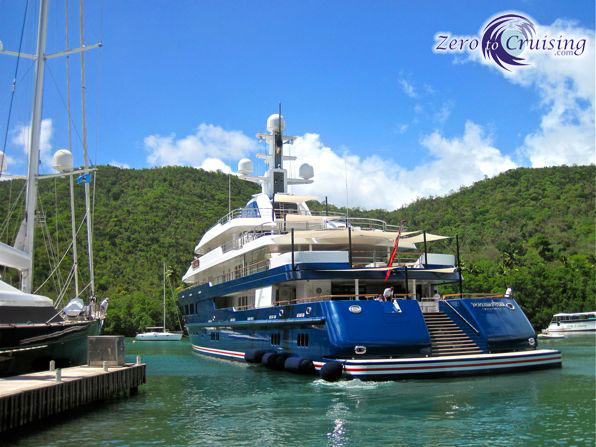 The captain of the Northern Star did an awesome job maneuvering the 248′ ship out of the tight lagoon. No, this was not the only mega yacht docked in Marigot Bay during our time there. 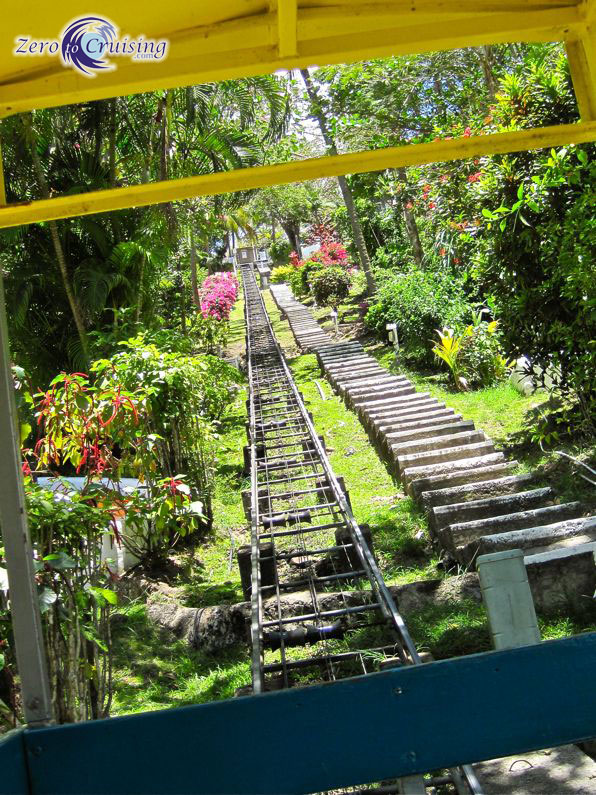 Finding a cable car up to the resort rooms was a first for us.
No, we walked up the steep stairs instead of testing it out. 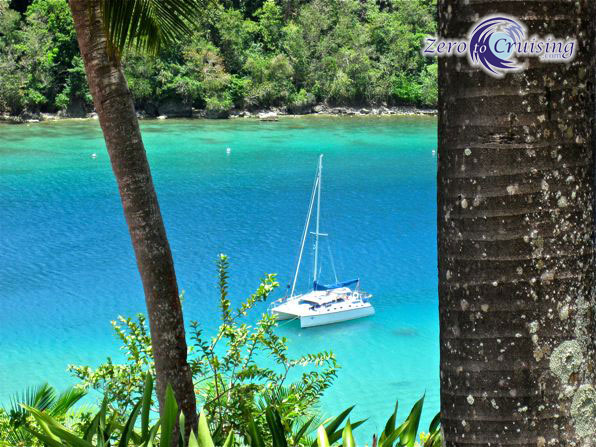 An anchorage befitting a travel postcard. 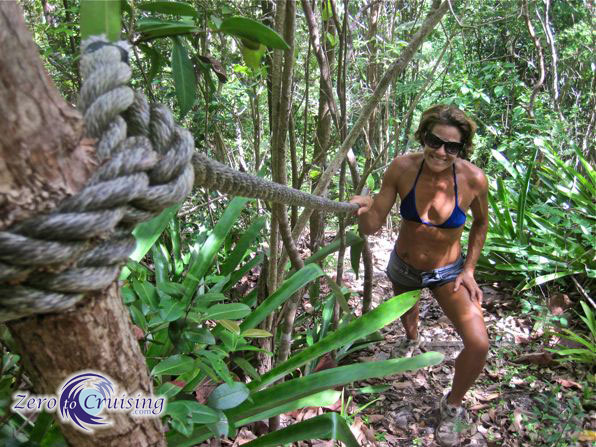 The ropes rigged to help during the hike should give some indication as to how steep the hill was. 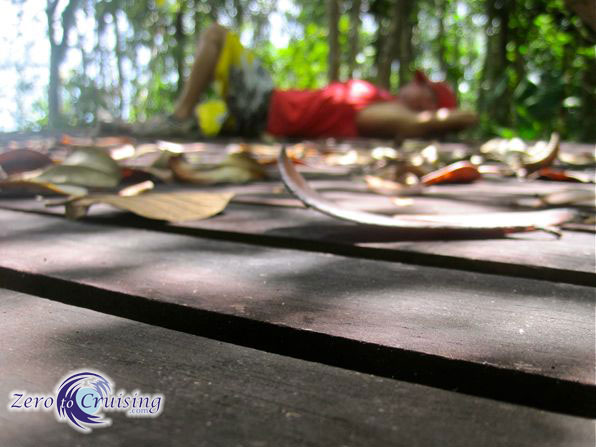 Taking a well-earned rest at the top. 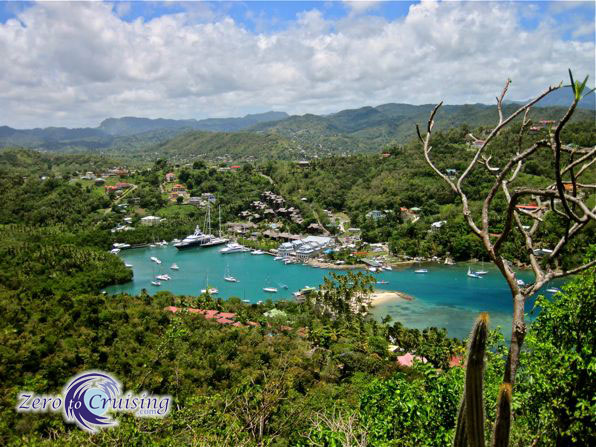 Was the view worth the climb? We’d say so. 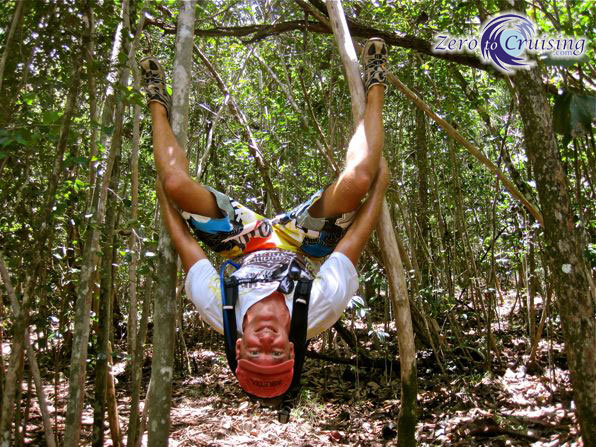 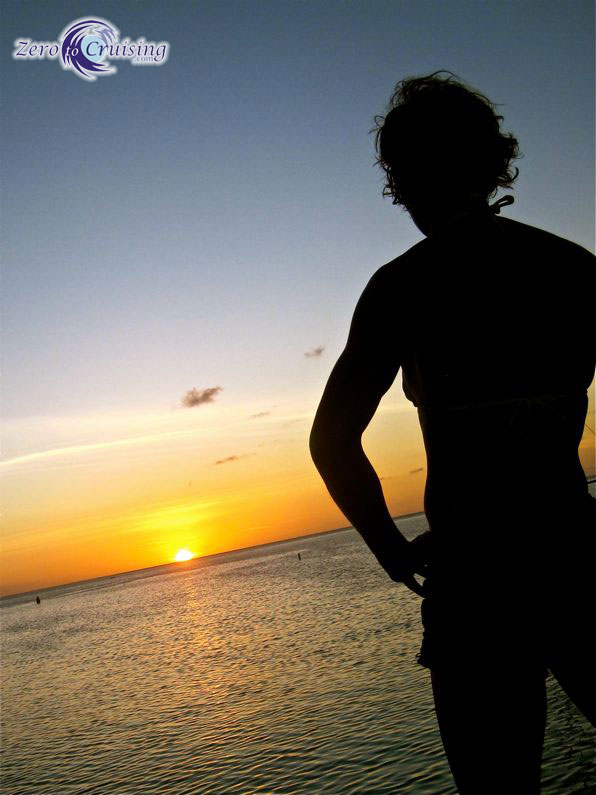 Beautiful sunsets can be found in either of the two west-coast bays! 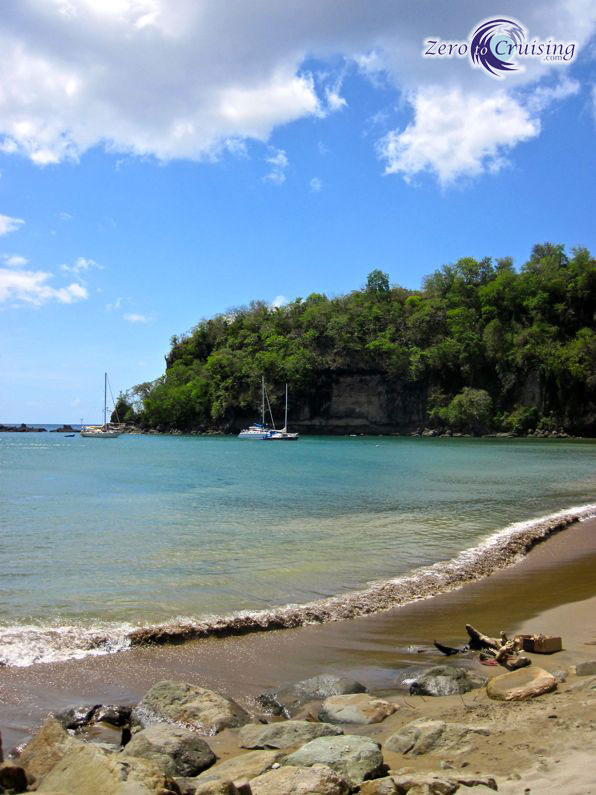 Just us and our friends in the anchorage. Nice! 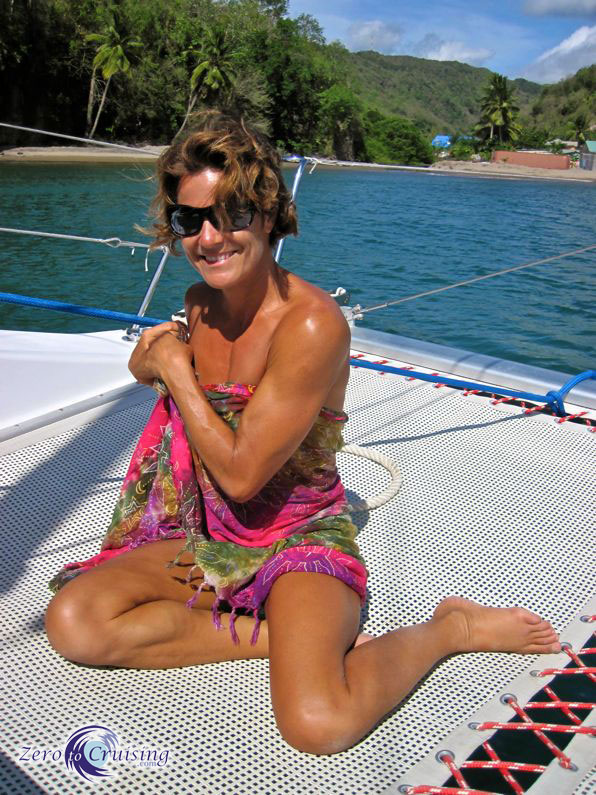 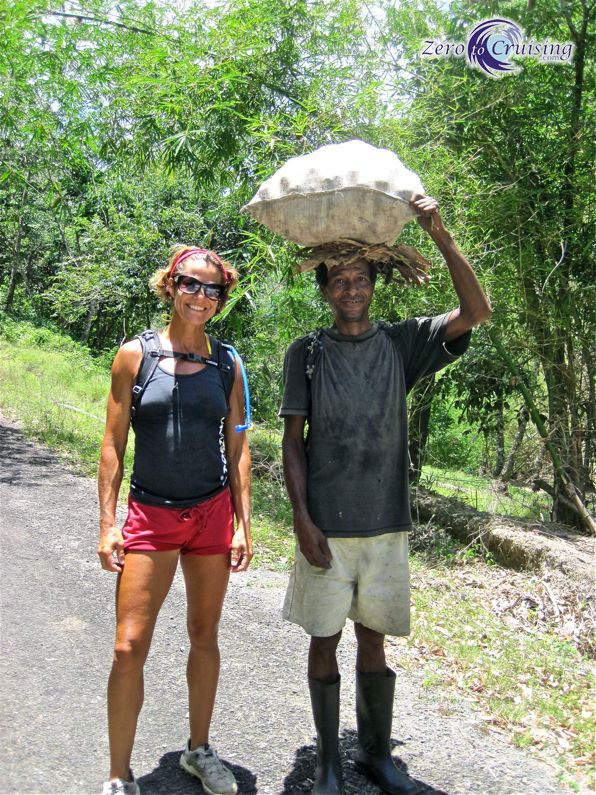 Good thing we stumbled upon Gerard during our hike. A landslide which occurred during Hurricane Thomas altered the trail to the waterfall and we didn’t get the memo. He kindly set us straight though. 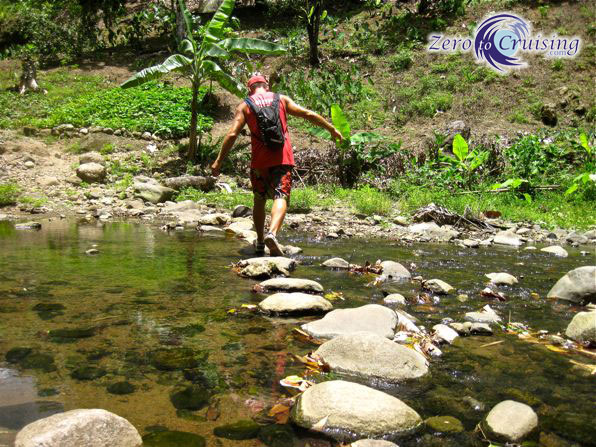 We seem to do this stream-crossing thing a lot. 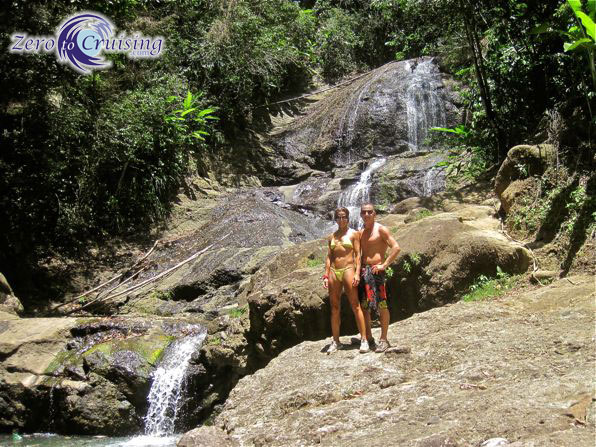 We found what we were looking for. 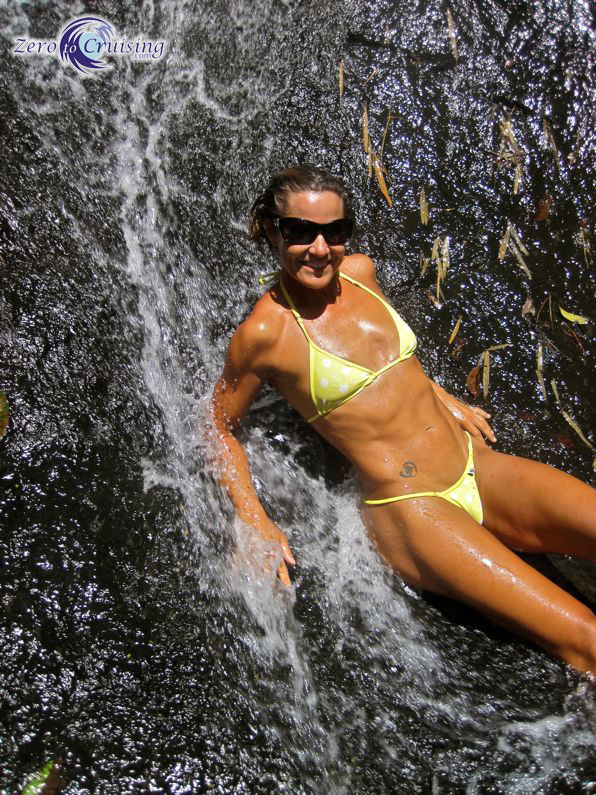 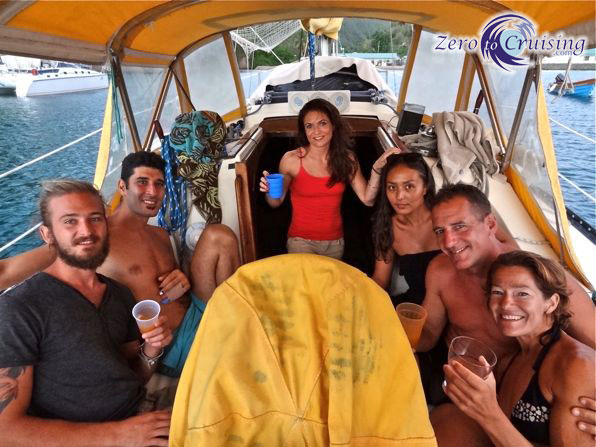 The gang on Earthling, minus Capt. George who was taking the shot. 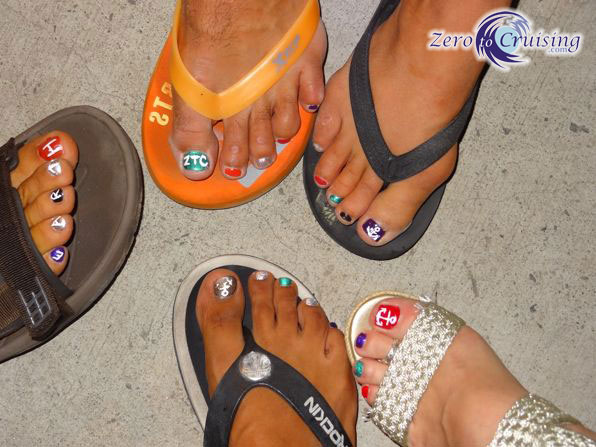 Do you really want to know? 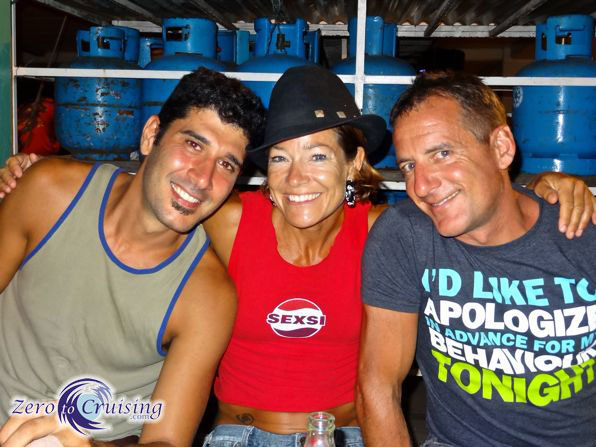 Our new friend Nico, crew on s/v Earthling for the past two months, left to return home to the US today. We wish him well and hope to see him again in the not-too-distant future.

*The last three photos are courtesy of s/v Earthling. 🙂

Getting an early start

Genius (yes, I am easily impressed)