Yesterday, while slowly recovering from a very late night out in town, our new friend Pontus, from s/v Tua Tua Suecia, and I enjoyed a couple of quiet afternoon chess matches on our boat. While the games were ongoing, we were simultaneously entertained by some mellow Reggae playing on my laptop, the music being performed by an artist that I was recently introduced to, Mishka. When Pontus inquired about the singer’s background, I did a quick Google search and was surprised to find that he had grown up living on a sailboat with his parents, being home-schooled while traveling throughout the Caribbean, and beyond.

Mishka had a unique childhood and extraordinary upbringing. Born to a Bermudian father and Nova Scotian mother, he grew up on his family’s boat, sailing from island to island in the Caribbean. A child of the islands, it was almost inevitable that he’d be drawn to reggae, Rastafari, and the natural mystic that inhabits his music and his soul. Talk About is his fourth album and the second release for Matthew McConaughey’s j.k. livin’ label.

“The music I heard growing up from my parents, sisters and the places we visited gave me a lot of musical and cultural flexibility. Everything I’ve ever heard blends together in what I do. I’m a huge reggae fan but there’s folk, soul, rock and other elements in the music.” Mishka’s international outlook is a product of his nautical background. “We sailed all over the Atlantic and Caribbean,” Mishka recalls. “We visited Brazil, all the Caribbean islands, even made a cross-Atlantic trip to Portugal and England.” Mishka and his sisters were home schooled until they went to boarding school for their higher education. “Learning how to read maps and chart a course was my math and geography class, going ashore in different countries and talking to people about their culture was my history class, reading books on board was my literary education, picking up French and Portuguese in the ports we visited was my language school.” The boat had a small battery-run cassette player and Mishka heard the music his parents loved: The Beatles, Jimmy Cliff, Dylan and Jimmy Buffett. “My sisters turned me on to the Police, Cars and Roxy Music, but when I heard Burning Spear, Culture, and Bob Marley, I got addicted to roots reggae.”

Knowing his history, I think I like the music even more! 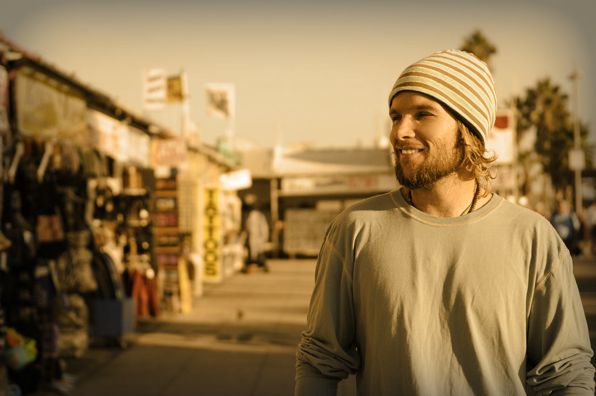 Where to keep all those fenders

Razor Grass is not our friend