A plague of biblical proportions!

The weather was beautiful. Clear skies. Relatively warm. Winds 10 knots. What should have been a beautiful day for our first sail of the season was marred by 1 thing… we were engulfed in a plague of bugs! When I say plague, I am sure most readers are thinking ‘yeah, there were some pests out there.’ Honestly, it’s hard to imagine, and I don’t think the photos below do it justice. 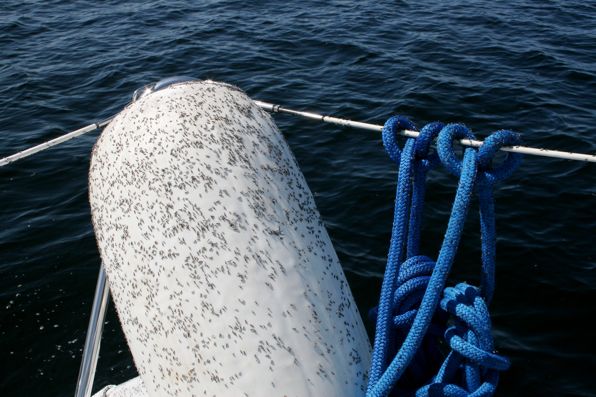 Throughout the city, there are swarms of tiny bugs that most people are calling May Flies. I have also heard them referred to as midges. Around the marina they cover the outside of the boats. It seemed logical to us though that being out in the breeze, away from land, we should have less bugs around us. Wrong! Did I mention plague? 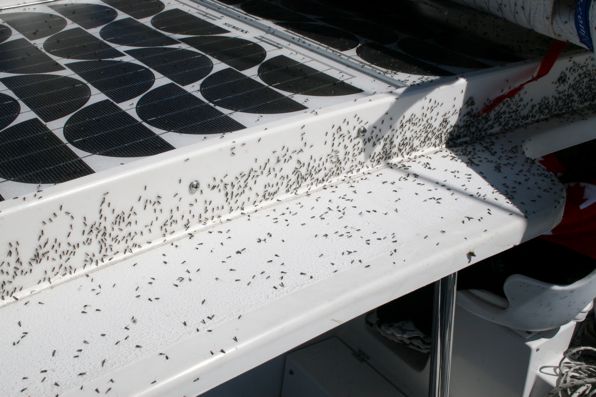 As this was our first time out this season, we had some tweaking to do with the sails. The Mylar main that we set did not yet have the reefing lines attached. We also had some issues with the battens catching on the lazy jacks (fodder for another post). All this required us to slowly motor into the wind for a fair period of time, allowing both our boat and Rebecca and I to get completely covered by these bugs! 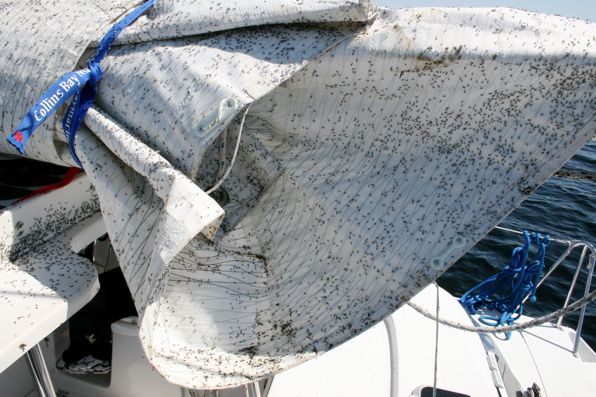 How bad were they out there? Well, despite the fact that the weather was beautiful, Rebecca and I pulled the plug after only 30 minutes, dropped the sails and motored back to the marina as fast as we could. After arriving back to our slip and tying up, we had to wash, not only the boat, but we had to raise the sails and wash them too as they were trashed by a million or so midges. Oh, and then we showered to get the bugs out of our hair, and burned our clothes (we didn’t really do that last thing)!

Are we permanently traumatized? No. Are we going out sailing today? No. I think we’ll wait until this short-lived species has died off for the season. 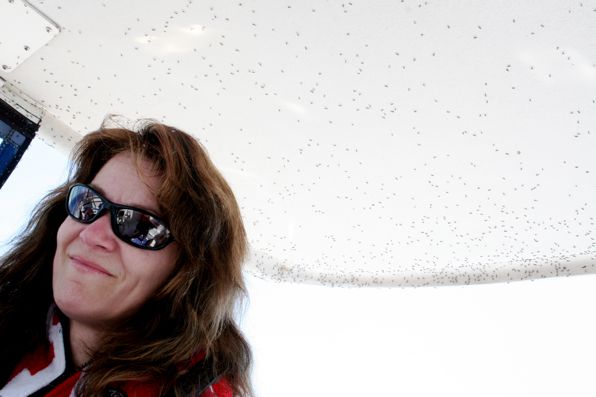 This is the expression that both Rebecca and I had on our face the whole time we were out. We could hardly open our mouths to speak! Look closely and you’ll see the the underside of the bimini is covered with bugs too.

Bikes on boats, or boats on bikes?

Orient Bay the second time around