Perhaps you have wondered why Pirates were always shown with long hair and went by names like Red Beard and Black Beard. And every older sailor that you see has a beard (at least the males anyway). I know now that this is because of what a pain it can be to keep all that hair under control while living on a small boat, which is occasionally pitching back and forth in the waves! 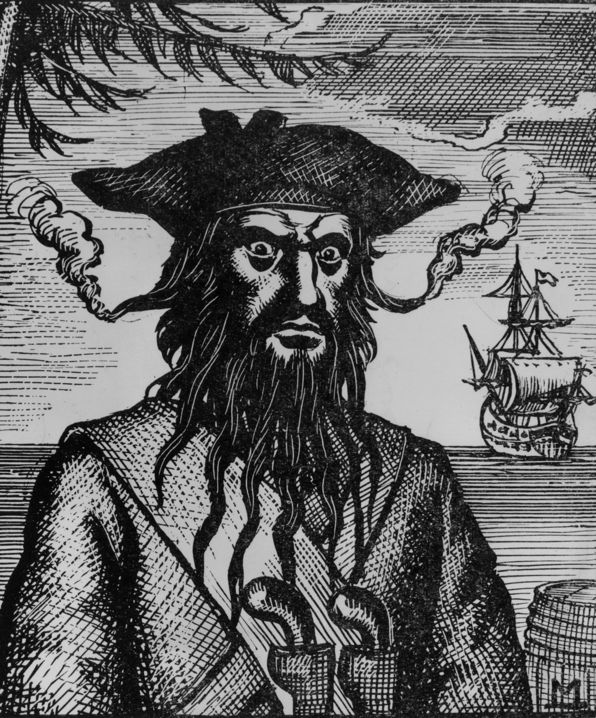 There is a huge thread on herSailnet about shaving on board. Strangely, many of the posts on that thread are from guys (we won’t get into the question of why I was reading this particular thread) but it does point out that many women have issues with this. Taking long hot Hollywood showers on a boat are generally not possible. This leaves shaving with a cup (or bucket) of water, or as Rebecca shows in the photo below, from the transom of the boat. Now, this is fresh water she is using in this photo. Salt water may present another issue altogether. 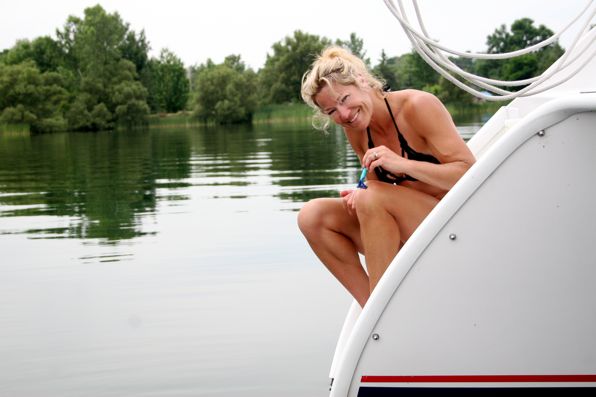 While on the subject of shaving, I am a “cheap bastard” in training, and one of the things that drives me crazy is how expensive good razors are. We have downgraded to relatively cheap disposable ones, and to using soap instead of fancy skin-smoothing shaving cream. Does it work? Well, we can deal with it.

Getting an acceptable hair cut when away from home can also be a challenge, especially for the ladies. Rebecca and I had decided that she would cut my hair, and I am cool with that, but I thought that I would be one step smarter and just shave it all off. Below is my pirate imitation, sans hair. 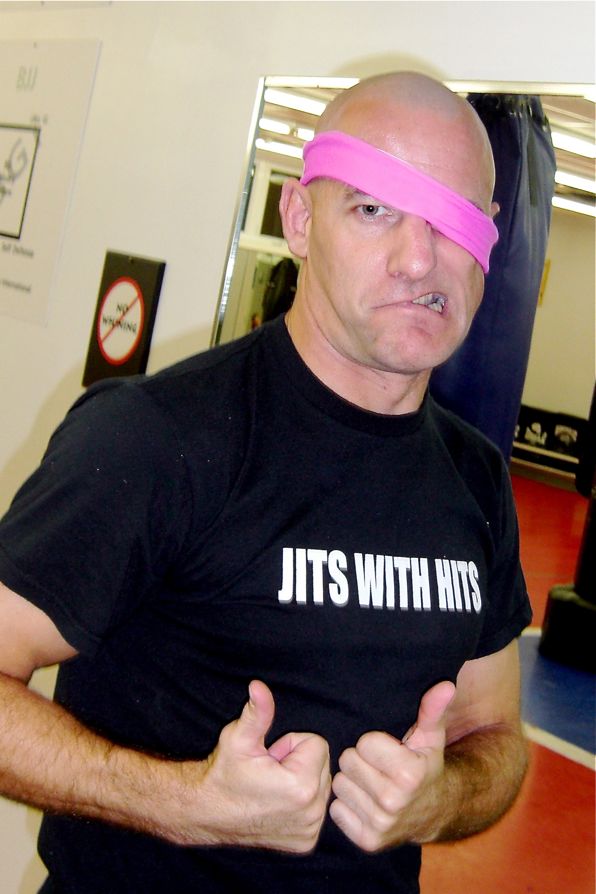 My error was assuming that having no hair would be maintenance free. Believe me, with the difficulties of shaving (listed above) staying clean shaven like that was a serious PITA. Let’s just say that that particular style didn’t last too long. I think I’ll next try for the long-haired California Surfer look. 🙂

As for Rebecca’s styling, like all smart men, there is no way that I will be talked into touching her hair. I’ve heard that we could occasionally run into other cruisers who do that kind of thing on the side to replenish their cruising kitty. We’ll have to keep our eyes and ears open for them.