Let’s face it… although there may be a ton of junk on the the web, there is also a lot of quality information and instruction. A number of real gems can especially be found on Youtube. As an example, back in March I linked to a video produced by Colligo Marine on how to do the Brummel splice. The instruction in that video, and the two videos that follow it, was just about all the info that I needed to redo our lifelines with Amsteel® yesterday. In fact, I actually watched the video(s) once more just before beginning the project. 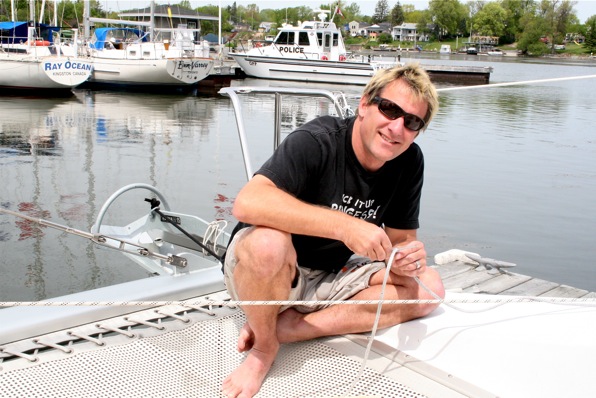 Not a bad way to spend the afternoon, even if the sun was replaced by rain later on. 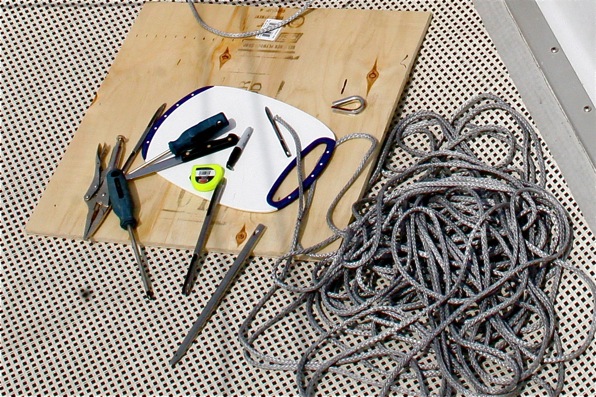 My tools for the job. Because I was doing the same splice over and over I made a template/jig on the board with marks for the various measurements I needed on the line. This eliminated my having to screw around with a tape measure repeatedly, saving me a bunch of time. By the way, the extra money spent on the Selma fids

was a good investment. They made the job much easier.

I would give credit for this tip if I could remember where I saw it but sadly, I can’t. Anyway, instead of having the lifelines attach to the little bracket that is welded onto the pulpit, I used this only to keep the lifeline at a particular height. I arranged the lashing to have the force directed onto the pulpit itself which is much stronger I believe. 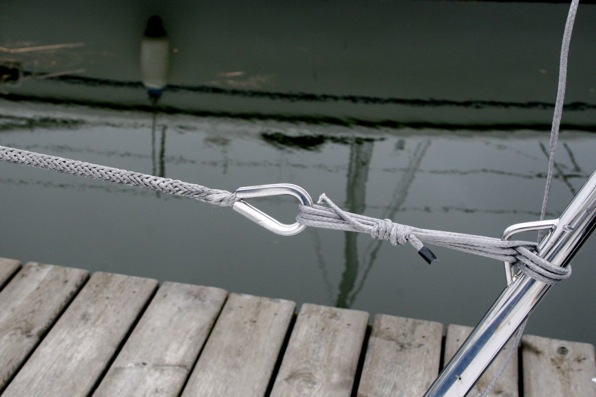 Information on which knots to use for the lashing was the one thing I couldn’t find online. Because the rope is quite slippery, basic sailing knots may not hold all that well. I used a triple fisherman’s bend in the above pic and a rewoven figure eight with a ton of half hitches to terminate the lashing on the other end. 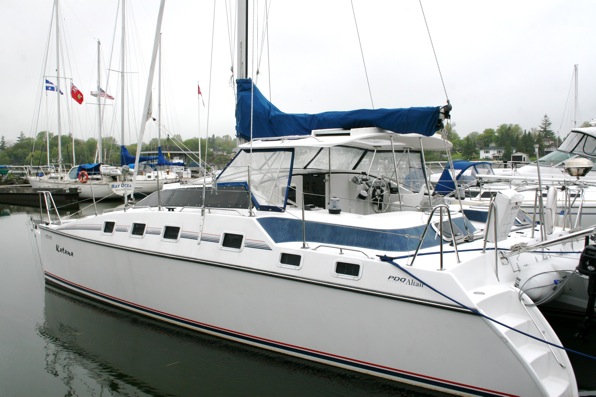 The finished product! Maybe I should study to be a rigger? 🙂

This really scares me!

Not a fan of that current!