We need a vacation from our vacation!

When people go on vacation, they often eat more than normal, drink more than they typically do, and occasionally stay up later than they would if they were at home, needing to get up for work each day. Carnival is a bit like that for us. I feel as if we’ve been going non-stop since Saturday!

While not actually part of carnival, Rebecca and I kicked off our “vacation” on Saturday by traveling with some other cruisers to the weekly hash. It was an especially great trail that even included a section where we could opt to zip down a natural rock waterslide, and then swim to shore. Fortunately, all the hashers were warned to leave their phones and other non-waterproof items behind before setting off on the trail. 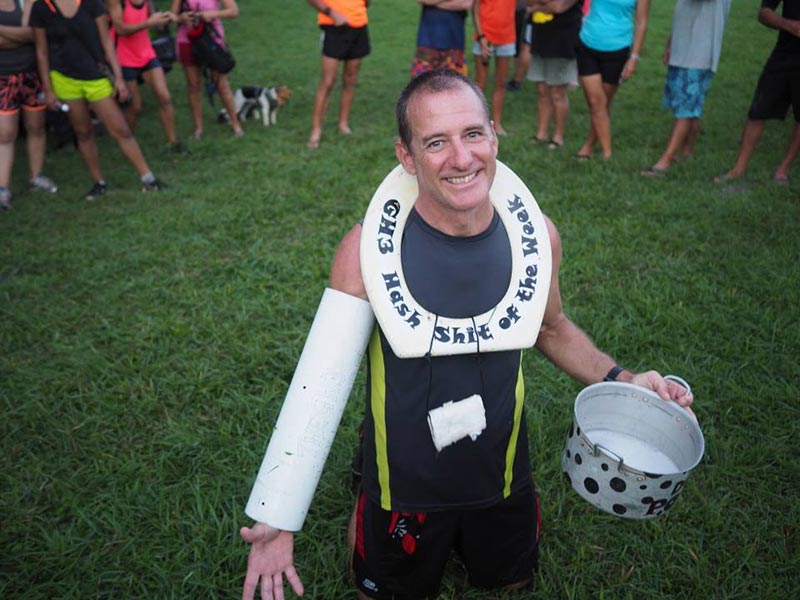 Still a bit stiff from the previous day’s exertion, Sunday started early for us as we headed out for a day of sailing on an OPB (Other People’s Boats). Having just taken on a new catamaran for their sailing school, LTD Sailing, our friends Chris and Chrystal wanted to put the new-to-them vessel through its paces. Luckily for us, we, and some other friends, were invited to join them. It turned out to be a great day on the water, with beautiful weather, calm sea conditions, and just the right amount of wind. 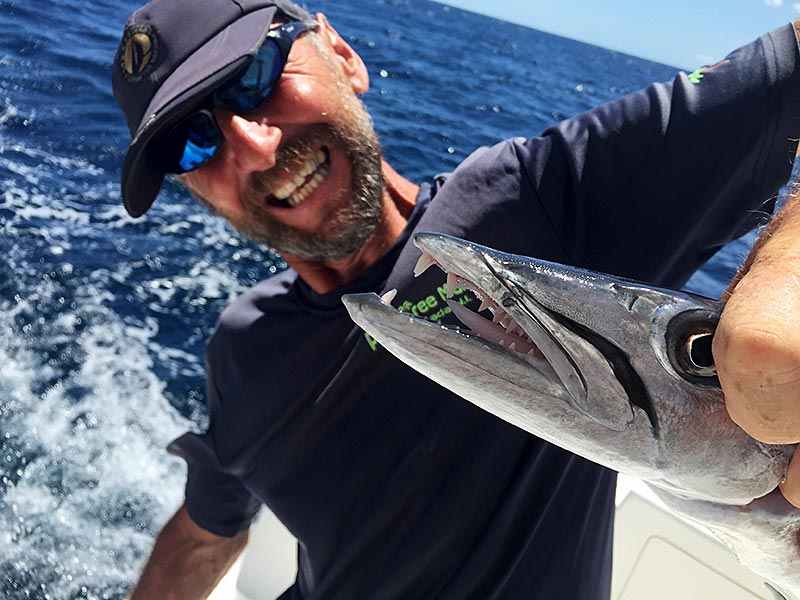 This little cuda joined us on board.

The actual carnival festivities began for us early Monday morning. And when I say early, I mean really early! We set our alarm clocks for 3:00 AM so that we could enjoy a couple of cups of coffee before meeting up with our friends for J’ouvert. Even though the madness seemed a tiny bit less crazy than in previous years, the Dirty Mas, as some people call it, was still off the hook. It’s amazing that such an event can take place with virtually zero police intervention. 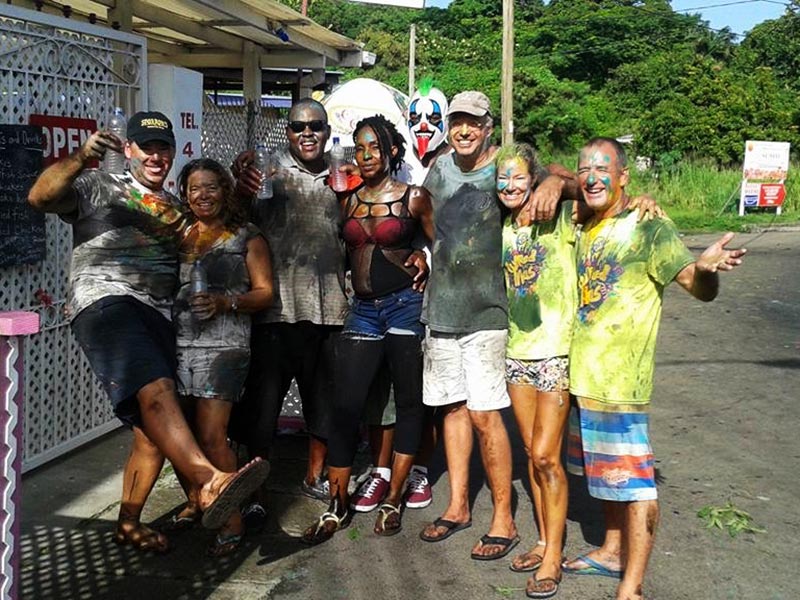 We’re a bit less clean than we were when we started.

We didn’t carry a camera with us, but you can see a fantastic gallery of J’ouvert photos here.

Following J‘ouvert, and the Bloody Caesar after party that we held on our boat, we all retreated to our homes/boats to grab a bit more sleep. Why? Because there was still more to come on that first full day of carnival. As in previous years, we joined up with team Carib to march with their band in the Monday Night Mas(querade) parade. Like J’ouvert, this is an event that needs to be seen in person to be truly appreciated. The massive number of people, each brandishing a light-up stick and multiple decorations, creates an awe-inspiring spectacle. Unlike some of the more hardcore masqueraders though, we all bailed at midnight, before the parade finished, to return home to catch up on some of that sleep that we had been missing.

Carnival continues today with the Pretty Mas, which, at least for us, is a much more sedate event. Those who take part in the costume parade will typically have a long, hot afternoon of marching, dancing and sometimes drinking. In this case though, we’re content to sit on the sidelines, admiring the hand-made costumes, and cheer our friends who will be marching with the different groups.

An escape from the snow

The only sure cure?