On a sailing yacht there are often huge weights and forces to contend with, and no matter how strong and fit you are, in many cases, without some method of mechanical advantage, you’d be unable to harness and control them. In situations like that, sailors typically put either a winch and/or a block and tackle to use.

On a few occasions in the past I have briefly mentioned a knot called the Trucker’s Hitch. The Trucker’s Hitch essentially forms a crude block and tackle arrangement and, although it imparts a fair bit more friction to the equation than a setup using modern blocks, it still helps to impart a mechanical advantage which can help you to effectively tighten down loads. When we unstepped our mast in Oswego, NY on our initial trip south, we used that hitch to help secure the spar on deck. Although we later had to resort to using blocks and our boat’s winches to cinch it down further, the hitch did a pretty good job.

Knots, in my way of thinking, are a bit like tools in a toolbox. There are some that we use almost daily while there are others that are still valuable but are called upon less frequently. While some people may use a knot like the Trucker’s Hitch often, since the time that I just mentioned, we really haven’t had too much demand for it. Since acquiring our kayak though, we have begun to use this knot fairly regularly to secure the boat onto the trampoline during short sailing trips. Yes, I know that the tramp is probably not the best place to store the kayak, and we’ll be working out a system to carry it on the side deck before we make any large passages, but with the help of this knot, so far it has been very secure on the tramp during the times that we have been underway. 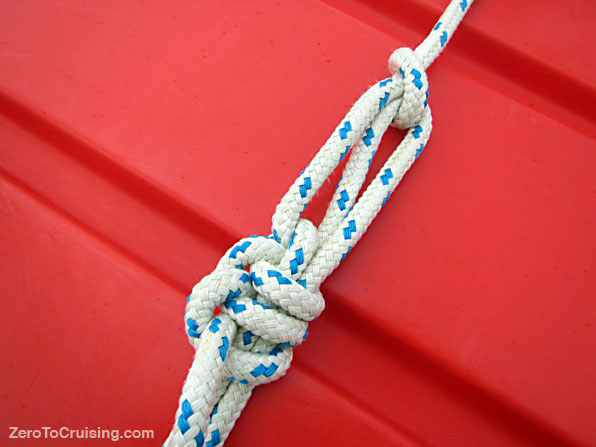 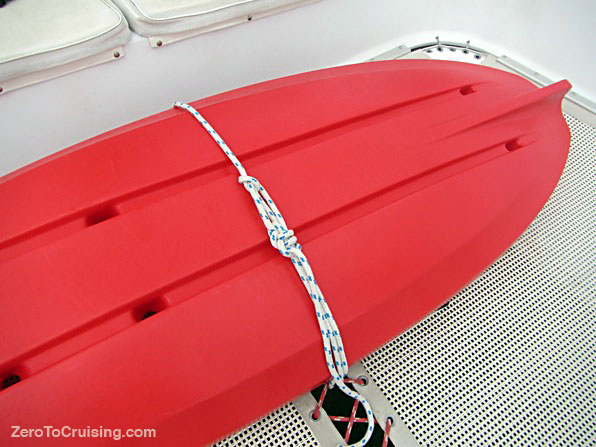 One of the best online resources for knots is Animated Knot’s by Grog. Here is the direct link to the page which can teach you how to tie the Trucker’s Hitch.

And speaking of heading south (remember I mentioned that above?), this is the time of year when many people are making the journey from Canada down through the canal systems. If any of our readers are doing so now, or are about to begin that trek, they might find this post about the tools that we used and the following video to be of help. Have fun!

Not just for play