The reefs which gives the anchorages along Grenada’s southern coast such excellent protection from ocean swells have also caused damage to more than a few vessels. And the people who unwittingly run their boats onto these reefs are not always newbies out on their first charter vacation. No, in many cases, they are experienced skippers who, through either a single wrong turn or a series of events, pilot their boats into waters too shallow for their draft. Unfortunately, such was the case for our friends Chris and Linda on s/v Troubadour just the other day.

Rebecca and I had only just returned to our boat late Thursday afternoon when we heard Troubadour’s message on the radio: they had run up on the reef outside Mt. Hartman Bay and Hog Island. We were the second group to arrive on the scene but were soon followed by a dozen or more other cruisers who would ultimately pitch in, attempting to get the boat back to safer waters. This, however, would prove to be no small task; Troubadour was hard aground. Even with multiple dinghies pushing, others attached to halyards to heel the boat over and two anchors deployed to kedge the boat off, she still remained stuck. She would only be coerced to slowly give up her hold on the coral by a much larger tender which arrived later on the scene. 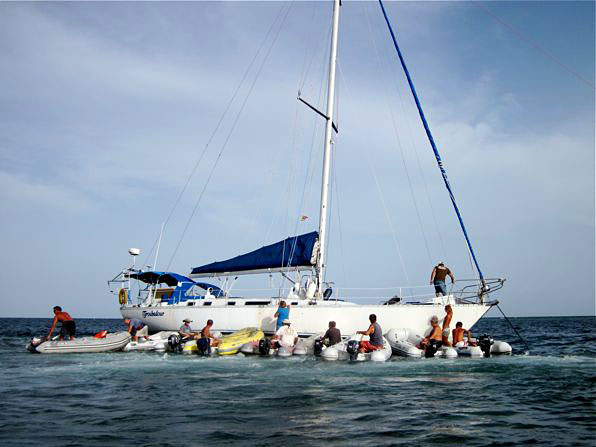 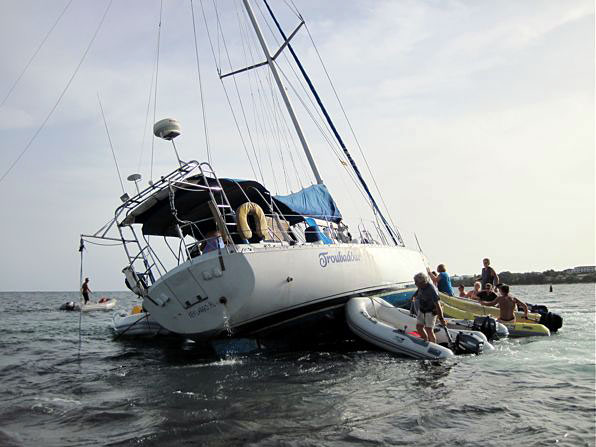 Freeing Troubadour was only the first step in this unplanned drama. After safely anchoring in the bay, divers would reveal the damage which had been done to the boat’s rudder. This serious problem would now require the boat to be hauled out in order to be repaired.

At Chris and Linda’s request, the two of us showed up to Troubadour at 8:30 this morning to, along with 3 other tenders, escort them around to Spice Island Marine in Prickly Bay where they would be hauled out. Mother Nature was kind this morning, giving us glasslike water and little wind to fight us during the trip. Perhaps she felt guilty for shining the sun into our friends’ eyes as they attempted to navigate that channel last week? Regardless of the reason, the calm weather was appreciated by us all.

The plan was for the tenders to push the boat if the rudder, which was being supported by various lengths of line, was unable to cope. So, like the fighter jets which accompany Air Force 1, or the Secret Service vehicles which follow along with the presidential limo, we all followed Troubadour out of the bay after she raised anchor. As it turned out, our assistance was not required at all but it was better to be over-prepared with too much help on hand than the opposite.

When we left our friends, they were standing on the Spice Island dock, staring forlornly at Troubadour as she gently swung in the travel lift with an obviously damaged rudder. The amount of damage and the length of time that will be required to fix it, is still to be determined. We hope, for our friends’ sake, that the repair job is both quick and relatively inexpensive. 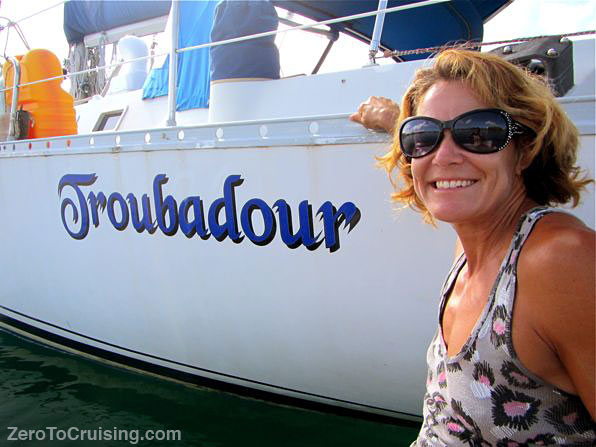 Ready to go, bright and early before the trade winds pick up. 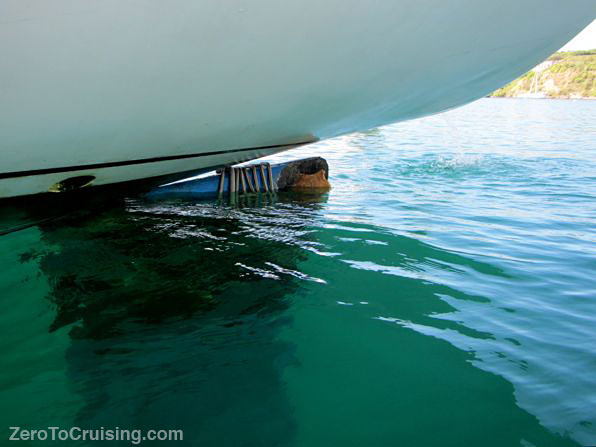 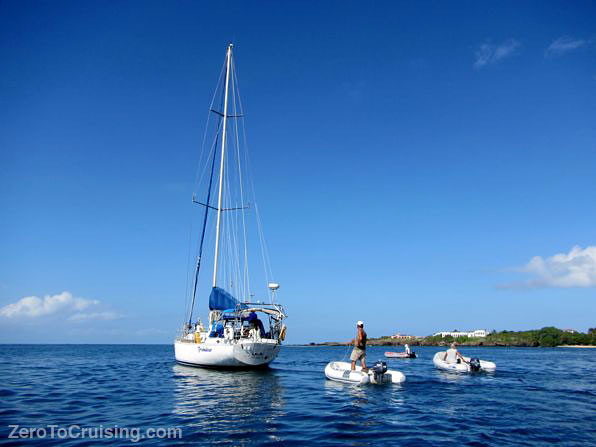 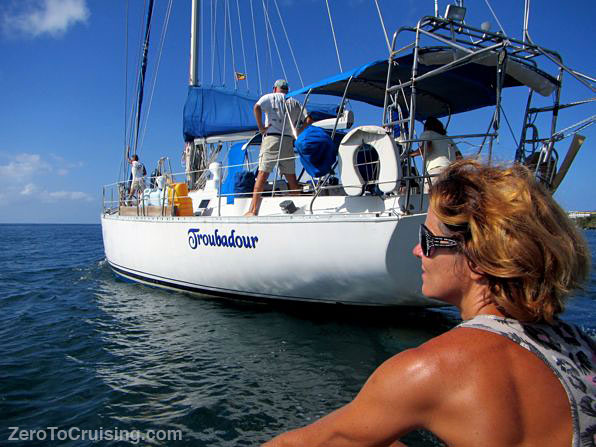 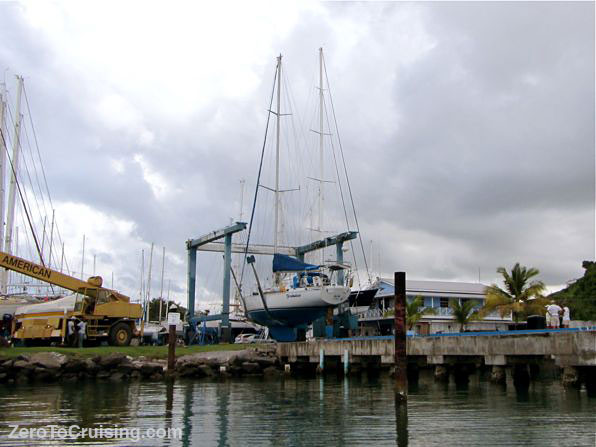 Like a patient in the hospital, the boat will soon be made to feel better.

We made it to the Hudson River. For real this time!