Remember when I wrote about anchor snubbers three weeks ago? Below is a pic of our snubber that we prudently replaced yesterday. Ugly, isn’t it? 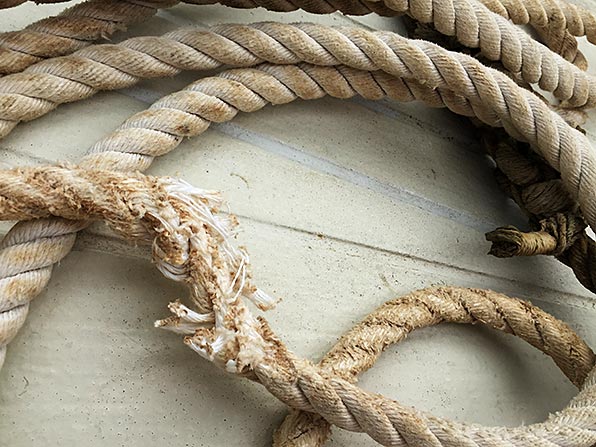 The snubber is 3 months old but the damage shown in the pic was done in only a day or two. How did it happen? A portion of the lazy loop of chain that we keep on the inboard side of the chain hook got wrapped over the snubber. It was the chain rubbing on the rope that caused the chafe.

Why did it occur? I have noted that when three strand line is put under load it has a tendency to twist. As it turns, which always happens in the same direction, the chain, locked onto the chain hook, will sometimes wrap overtop of the line. This, as you can see, is bad!

How could it be prevented? Off the top of my head, I think that if an actual bridle was used instead of a single-line snubber, the chain may not be able to turn like that. I don’t know for certain but I’m going to experiment with it. Either way, this is something that is worth us taking note of and monitoring. 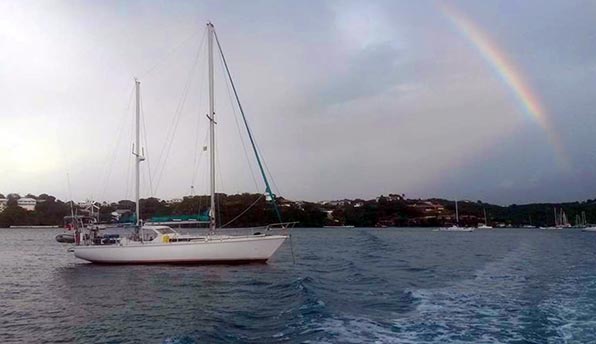 The above pic was taken this morning by our friend Bruno while he was on his way to work.

How to acquire super hearing… buy a boat.

If bad weather threatens, do we run or stand our ground?