After yesterday’s “cerebral” post, here is some simple Caribbean fluff to enjoy. 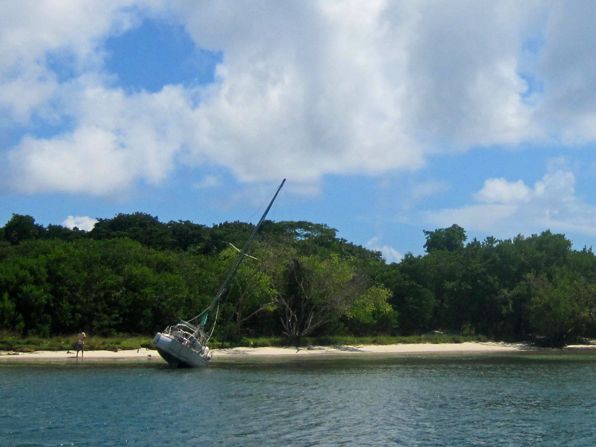 Speaking of bottom cleaning, some people beached this boat right in front of us to scrub it. Cheryl, one of our friends, is so thoughtful, she brought them a hot breakfast in the morning after discovering the boat on the beach, thinking that they had ended up there by accident. 🙂 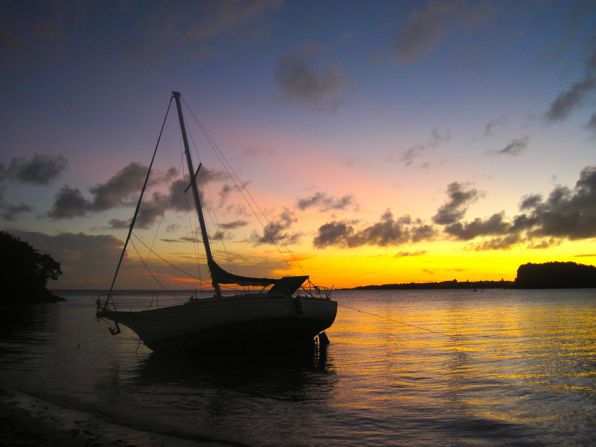 Even bottom cleaning can look beautiful in the sunset. 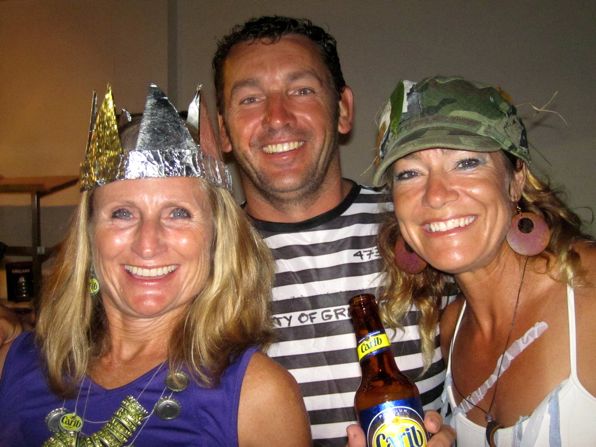 While I was in Trinidad the gang gathered for a Halloween bash. 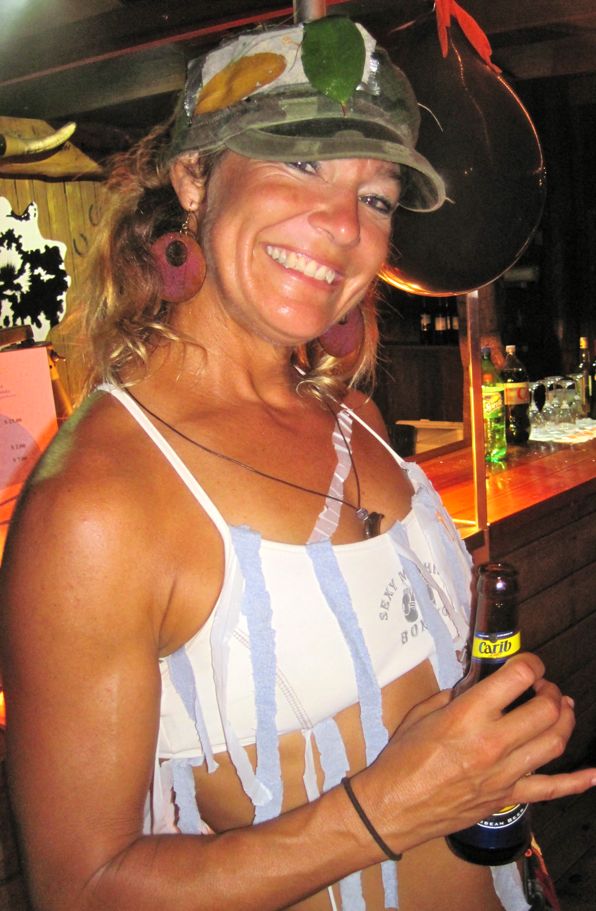 I heard that Rebecca’s “Earth, Wind and Fire” costume was largely lost on everybody. 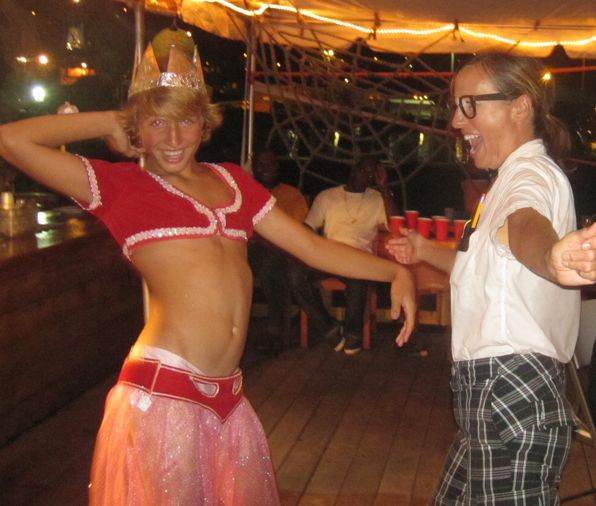 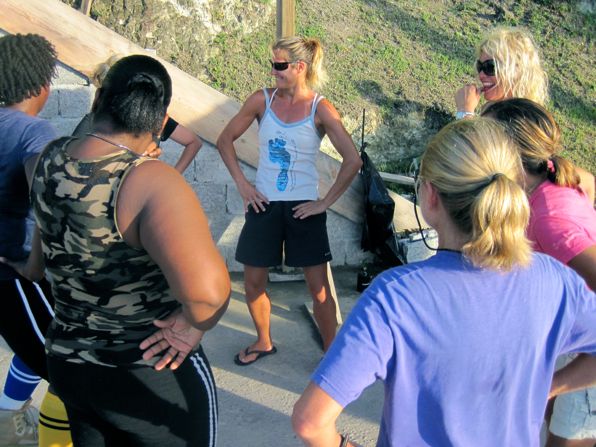 Last Saturday we gathered for an “unofficial” Hash and an “official” Lime. 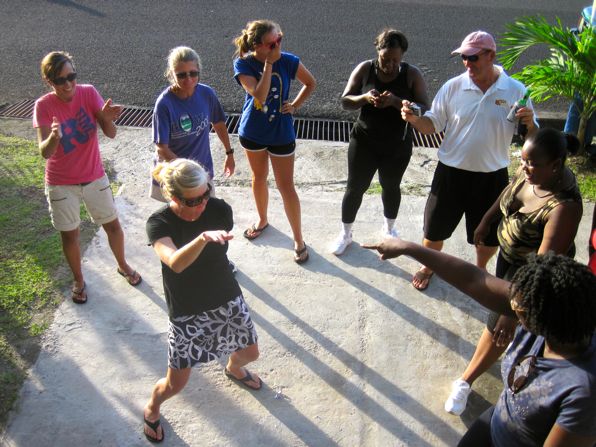 The girls circled up for some Whining practice before the run. 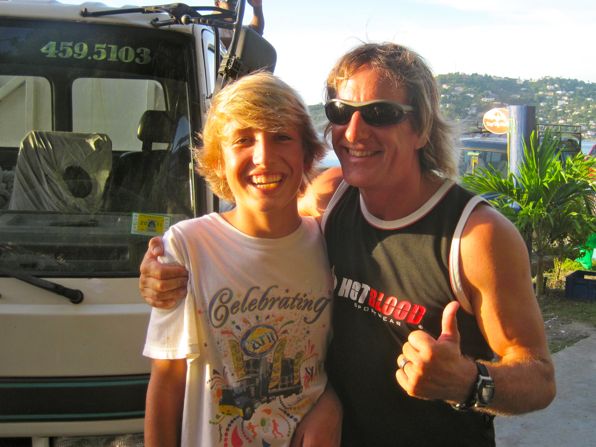 Hashes aren’t supposed to involve races, unless challenged by cocky 14 year olds who want to make bets with beer as the prize. 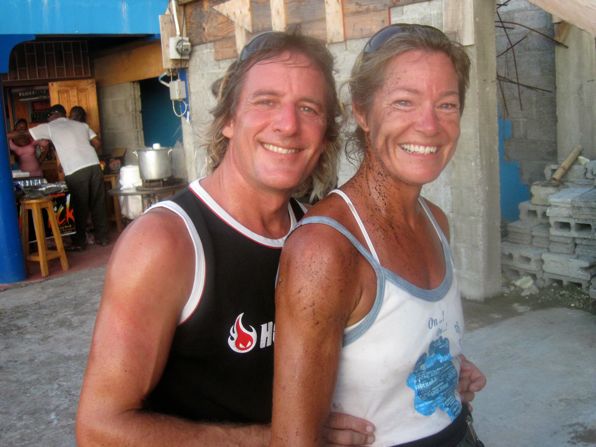 Rebecca kindly held back from racing. She ended up more dirty than I did though after falling off a branch while making her way down a cliff. Good thing her martial arts training allowed her to tumble backwards safely. 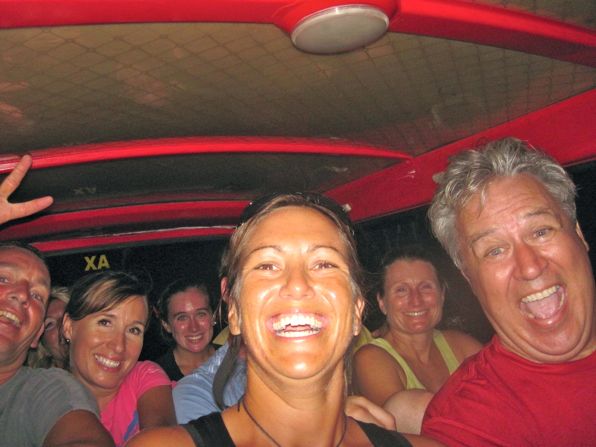 That party wasn’t enough for the gang though. Eager to cram as much Grenadian fun as they could into their remaining days here, our buddy organized a bus to take us to a street party in Grenville. 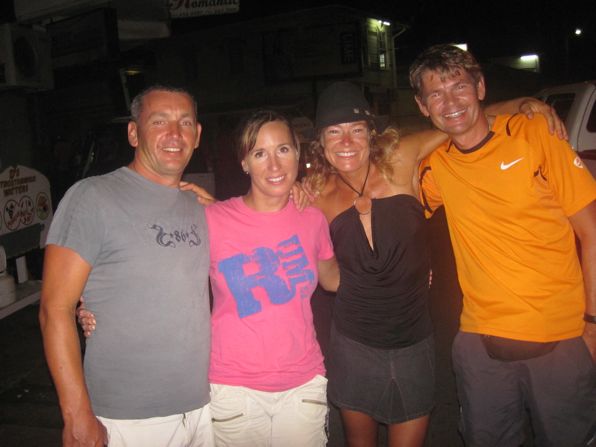 The party in Grenville was rocking when we got there. 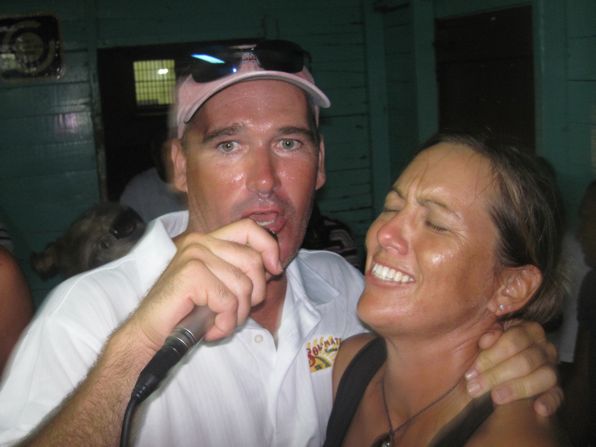 I’m not sure if it’s a good thing or a bad thing that we only discovered this karaoke bar 30 minutes before our scheduled departure time. 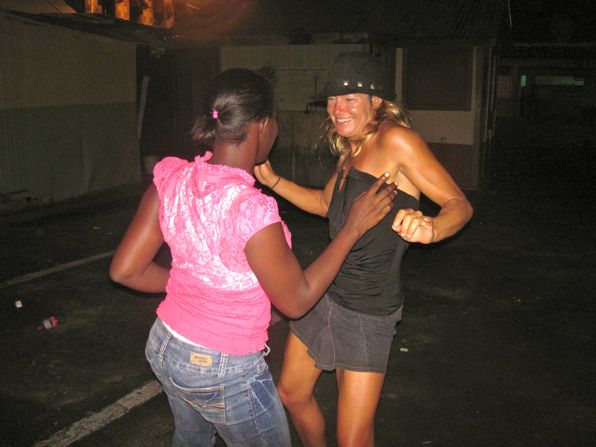 Only Rebecca has girls come up to her and start a random dance challenge match! Why? I have no idea. 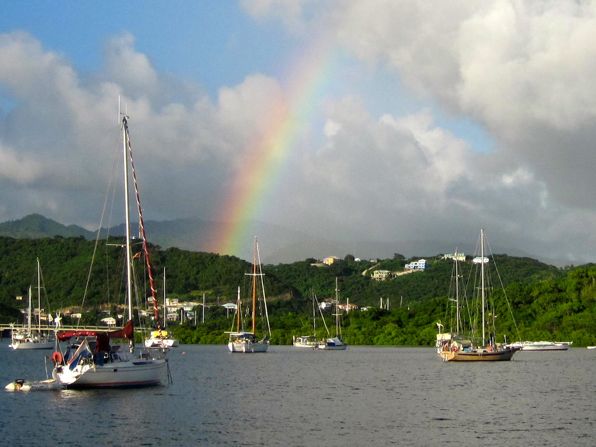 Who doesn’t love a nice rainbow?

As always, there are a ton more photos of our exploits on our Facebook page.