Yesterday’s post said that we “might” be heading to Saba. Well, as you may have figured out by now, when it comes to us and travel plans, nothing is certain. Even we don’t know what we’re going to do most times. For example, at the 11th hour yesterday, we made a decision to bypass Saba for the time being and head directly to St. Kitts. Why? It’s Rebecca’s toe’s fault.

The other day, during a particularly bumpy dinghy ride from Gustavia to Colombier Bay, Rebecca jammed her big toe quite badly. The toe’s not going to fall off or anything (although the nail very well might) but she won’t be doing any hiking for a week or two. And hiking is pretty much the main reason why we wanted to go to Saba. So, Saba got put on hold and we switched to plan B.

This morning we awoke at 5:00 AM to be ready to cast off at 6:00. Although the sun had yet to rise, the full moon made the exercise of leaving the bay super easy. Because it was blowing pretty good in the anchorage, we began the day with our mainsail reefed. After rounding the point and taking up a SSE course for St. Kitts, we shook out the reef and enjoyed the fresh breeze. During the next 6 hours or so we experienced probably the best sailing we have had in ages. Although the wind and waves were a bit more southerly than we were expecting, we had an exhilarating ride, reaching along at between 5-9 knots. Of course, once we arrived at the northern end of St. Kitts and rounded the point to head down the leeward side of the island, all the fun ceased and we were forced to fire up the engines. Oh well… it was nice while it lasted.

Our destination was Basseterre, the capital of St. Kitts, and following the directions in our guide, we anchored where the book indicated. Guess what? There’s little chance of anyone dragging into us here… we’re all alone! By 3:30 PM, we had the boat all squared away and the engine back on the dinghy so we set off in search of the customs office to clear in. The chart shows that there are two separate offices here, one by the marina and one closer to where we anchored. Although this area looked pretty commercial to us, we made our way to shore to find the office anyway. Ultimately we did find it, after walking through a dockyard complete with forklifts, trucks and shipping containers. When we finally entered the office and told the officer there what we were after, he asked why we didn’t go to the marina. Before I had a chance to answer he said “Let me guess, the guide book!” Although they can check people in at that office, we were told that they don’t encourage it. Apparently cruisers are really best off to go to the customs office by the marina but the guide book doesn’t say that. Our guide book is one year old though so perhaps this year’s version has the updated information. Anyway, the gentleman we spoke to was super friendly though and did all the necessary customs stuff for us. Unfortunately, we still need to go to the other office tomorrow because there was no immigration official where we were. Oh well, no harm done…we were going to head over that way to explore tomorrow anyway. Just another adventure. 🙂 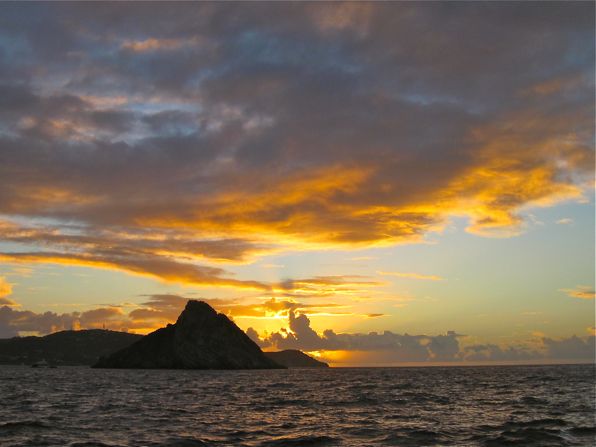 Enjoying the sunrise as we depart St. Barth’s. 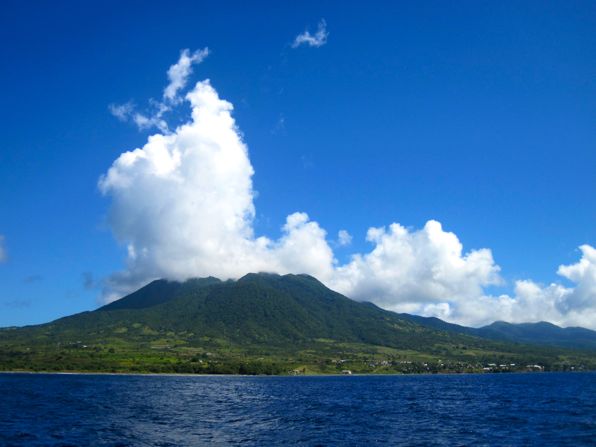 It was shortly after this point that we had to head directly into the wind. 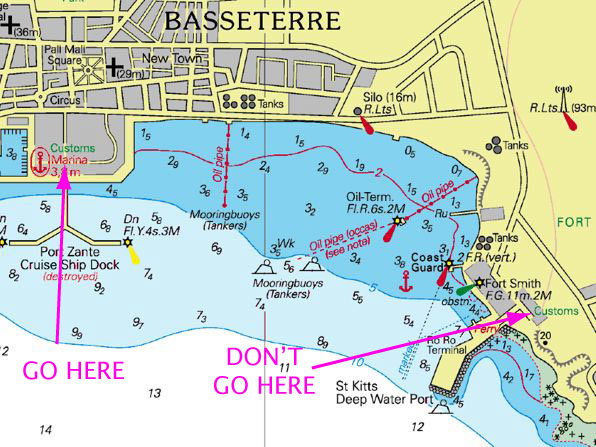 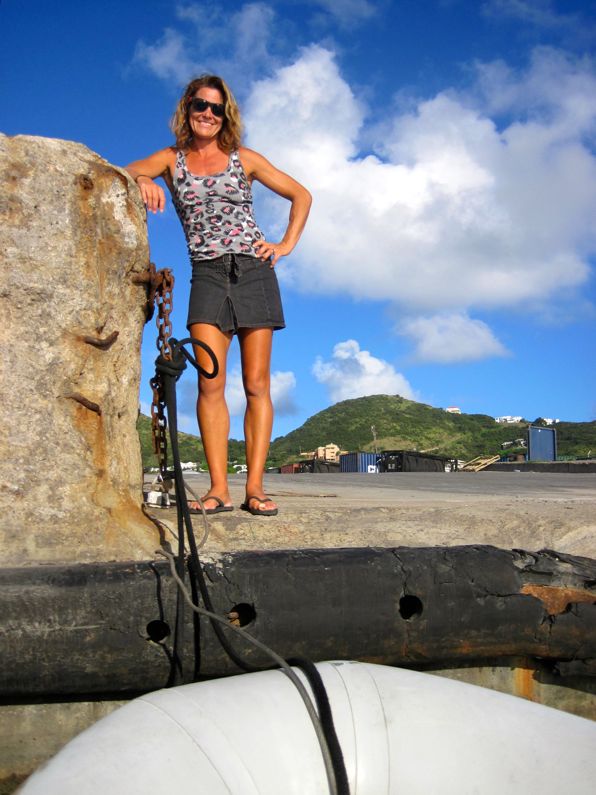 Not quite the dinghy docks that we had come to expect in St. Barth’s. 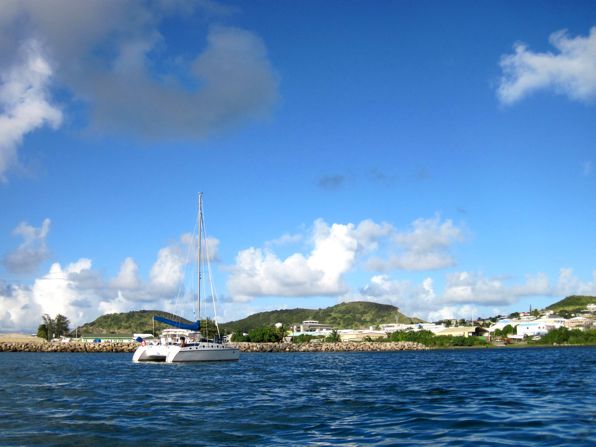 The coolest hike ever?

It can only get better

It’s tough to blog without a computer