In one of our recent blog posts someone asked a question (or made a comment) about a sailboat having the “right of way” over a mega yacht. While this may be true in the open water if the sailboat was actually under sail and not running their engines, in the particular situation where it occurred, in the narrow channel leading towards the bridge in St. Maarten, where the sailboat was under power, I don’t believe it would have been the case.

The Collision Regulations spell out in detail the pecking order for, in the event of a potential collision, which vessel should maintain course and speed and which one must give way, taking action to move clear. We learned this little mnemonic to help us remember the order:

Sounds great, right? And it’s important to know. All of the vessels above will show lights and/or day marks to indicate which category they fit into so that there is no question. On the other hand, there is also the saying that “might makes right,” aka “the law of gross tonnage,” meaning that when faced with a vessel a lot bigger than you, you should just get out of the way and not ask questions. This includes taking early and obvious action to avoid large ships at sea, even if you are under sail. 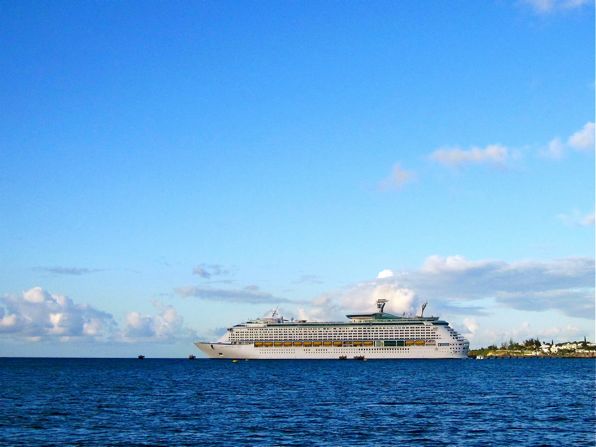 Even if we were under sail, I don’t think that I would want to get into a pissing match with this guy out at sea (this boat is docked about a half mile behind us right now).

All work and no play…

It goes both ways

Heading back to the snow