Generator: early morning or late in the day?

Late in the day yesterday, as the sun dipped ever closer to the horizon, I knew that the gamble I had made had not paid off. The gamble being, would the input from our green energy sources, our solar panels and our wind generator, be enough to top up our batteries so that they would remain happy and healthy overnight. As we began the day with them fairly depleted, I was doubtful that they would, but decided to chance it anyway. Ultimately admitting my defeat, I fired up our diesel generator and ran our battery charger. Before too long, all was well again. This act started me thinking though: do most people run their generator in the early morning, or late in the day?

With refrigeration running throughout the night, and no input from solar panels to combat that, most often the battery bank of a cruising sailboat is at its lowest in the morning. Battery chargers tend to work very well when the bank is depleted, but taper off their charging rate as the state of charge increases. By running the generator, and thus the battery charger in the morning, you can take advantage of the quicker bulk charging rate. As the bank gets more fully charged, and the battery charger slows down, it often makes sense to turn it off and let the solar panels take over. By this time, the sun is usually high enough in the sky so they can start to work.

Late in the day:

Of course, if you opt not to run the generator in the morning, you could find that your green charging sources might do the job for you, and that you won’t have to run the generator at all. This has actually been the situation for us for the past couple of weeks*. The combination of our admittedly meager solar panels (only 200W), and our wind generator (Aerogen 6), has made running the diesel gen set unnecessary. It’s worth noting that the Christmas Winds have really been helping with this! 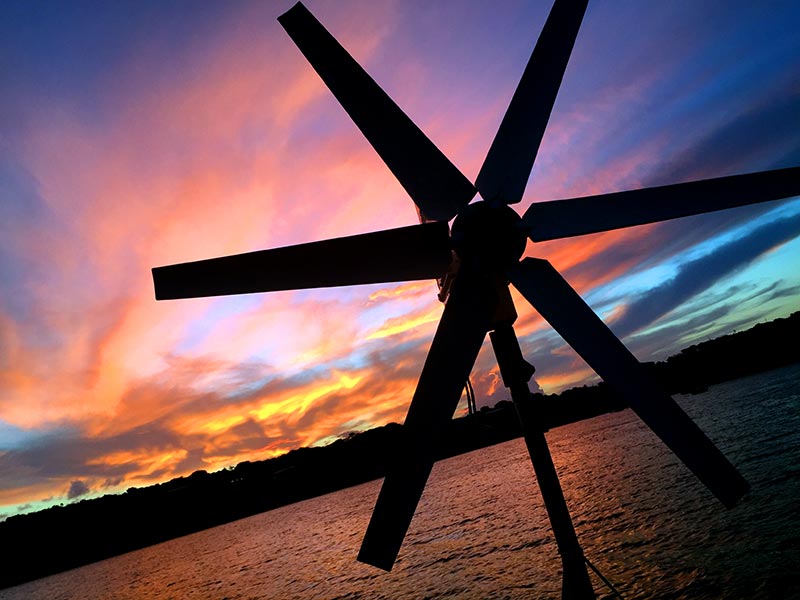 How do you know when your batteries are depleted enough that they require charging? Should you go by voltage, or state of charge? Read this post, and more importantly the comments on it, if you are unsure. For the record, I now follow an either-or philosophy… if the battery monitor shows the bank at 12.2V OR close to 50% SOC, I start the generator.

Just out of curiosity, I posed this question on Facebook last night:

“Assuming you don’t wake up with a very low battery bank, are you more likely to run your generator in the early morning, or at the end of the day? And why?”

As I guessed it might be, the answers were split almost 50/50. It seems some were of the opinion to use the battery charger to it’s fullest and let the solar do the rest, whereas others liked to gamble a bit as I have been know to.

For the record, I know that there are other reasons which may influence when someone chooses to run the generator. For those who like to use an electric coffee maker, or a microwave in the morning, that might prompt them to fire up the gen set. Those who like to run air conditioning in the evenings might be more inclined to wait until later in the day to turn on the generator. The use of watermakers that run off a generator may also influence this. It’s worth noting that on the charter boat we worked on, like most of our friends in the industry, we ran the generator a lot. In fact, we knew folks who ran their generator more than 20 hours per day!

So, what should you do? I don’t have a definite answer. There is logic to both strategies. I suspect I’ll continue to do as I’ve always done, and decide on a day-by-day basis. As for today, starting off with a pretty good state of charge, a clear sky, and a brisk wind blowing, I’m gambling that I won’t have to run it at all! 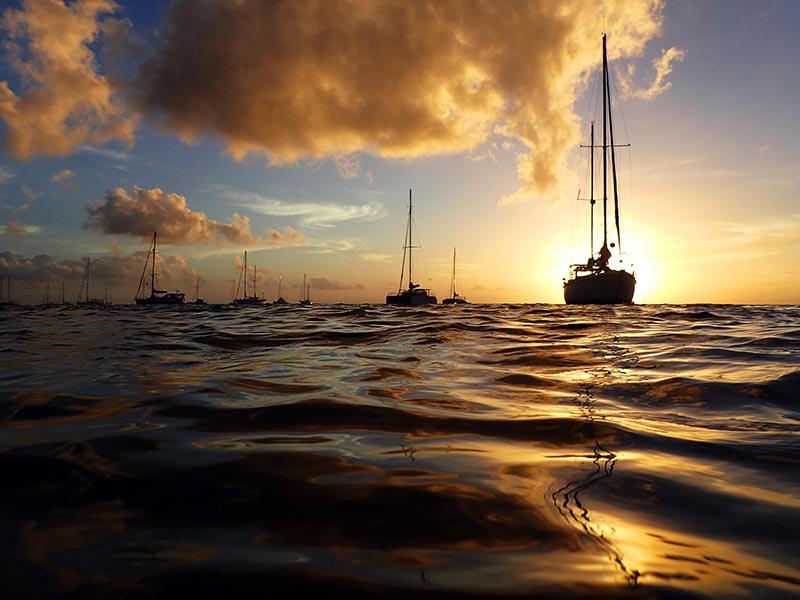 *Even though we didn’t need to run our generator for 2 weeks, I still fired it up at least once during that period to make sure that it would still run. If there is one thing that I have learned it is that things on a boat do not like to remain idle. If you want it to run, you need to use it!

A different type of oil down