Here’s a question for the electrical experts reading this: What is the best way to judge a boat battery’s level of charge on a day-to-day basis… voltage or amp hours consumed? I have heard arguments for both.

While voltage does show the true charge, it appears to be quite load dependent and I have heard that a truly accurate reading can only be determined after the batteries have been left without anything drawing on them for 24 hours*, obviously not practical on a live-aboard vessel. Amp hours consumed on the other hand, is based completely on whatever data you program into your battery monitor. This could be accurate or it could be way off.

Since we replaced our entire battery bank back in St. Martin, for no small chunk of change I might add, we have been extremely careful about their level of charge. For those who have not been tasked with babysitting batteries, it is a big responsibility. Deep-cycle golf cart batteries, the type we are using, should never be depleted to less than 50% of their fully charged state. If we base the charge state on voltage, a reading of 12.2v, we go to this level almost daily. If we base their state of charge on amp hours consumed, we never go below 80-85%. That is a huge difference and it determines how frequently we feel compelled to run our Honda generator (which uses gas, which costs $$$).

So electrical experts, what say you?

*“If voltage readings are to be a meaningful reflection of the state of charge, the battery must sit for at least 10 minutes; an hour or two is better, and overnight is best.” Boatowner’s Mechanical and Electrical Manual

We have 8 – Deka GC15 6V Golf Cart batteries on board, wired in series-parallel. Each battery is rated at 230AH. By my math this gives our battery bank a total capacity of 920 AH, in other words, pretty big! 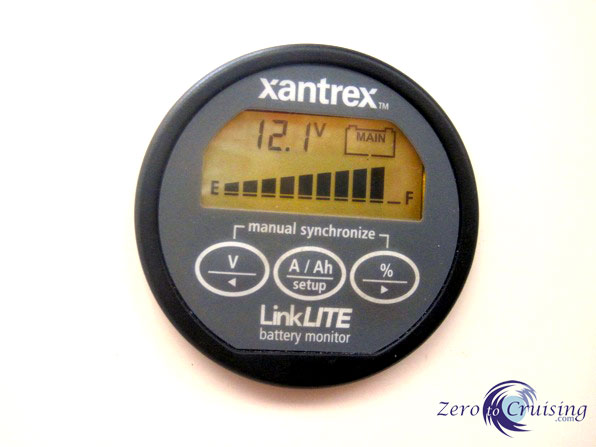 This indicates our batteries are at less than 50% charge… 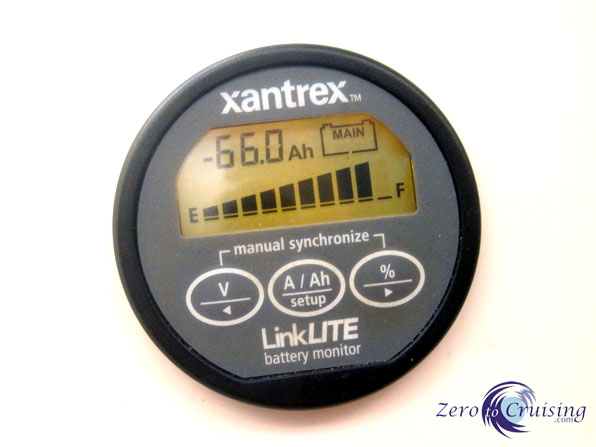 …but this shows that only 7% of the battery bank’s capacity has been used.

There are cowards and fools everywhere!