It’s been a while since I’ve made a simple photo post. The following images show some of the fun stuff that’s been happening since we arrived back in Grenada. 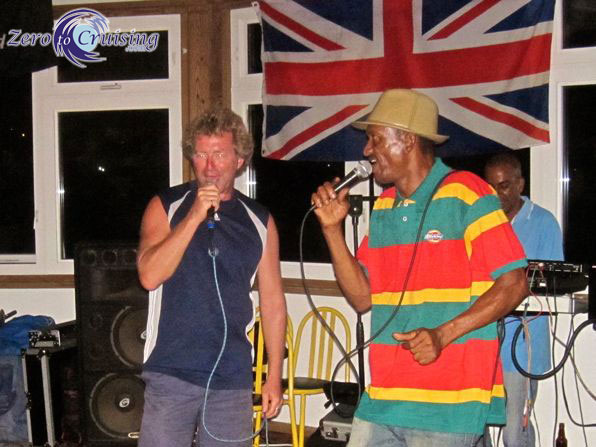 Our friend Ross from s/v One White Tree showing off
his great singing voice at Clarke’s Court Bay Marina. 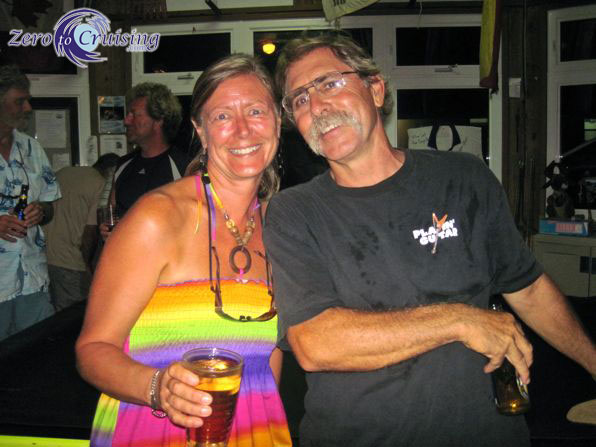 Diana (One White Tree) and Kirk (Ainulindale) enjoying themselves. 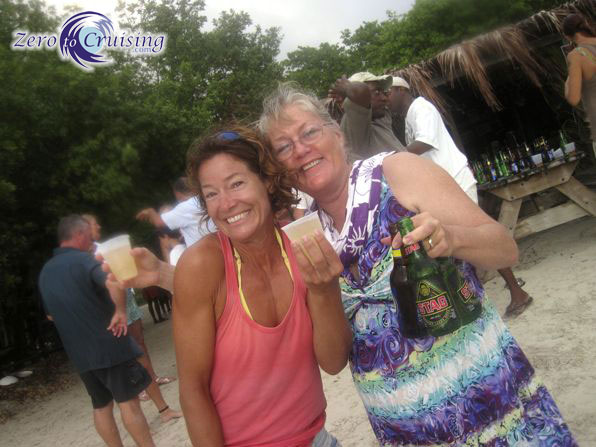 Donna and Rebecca at Roger’s Beach Bar Barbecue.
Do you think maybe Donna has a bit of a drinking problem? 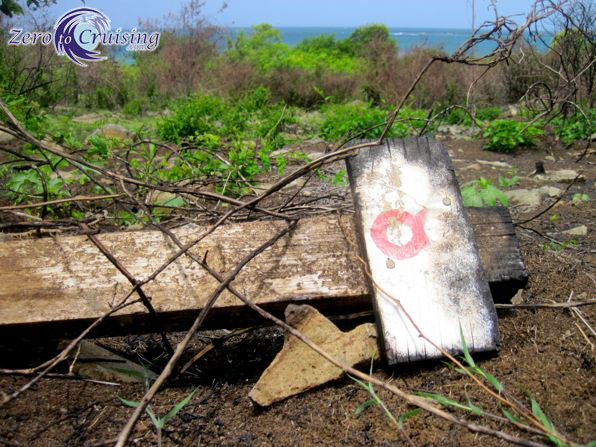 Several months ago a controlled burn on Hog Island got a bit out of control.
The evidence of this is still quite obvious as we walked around the island. 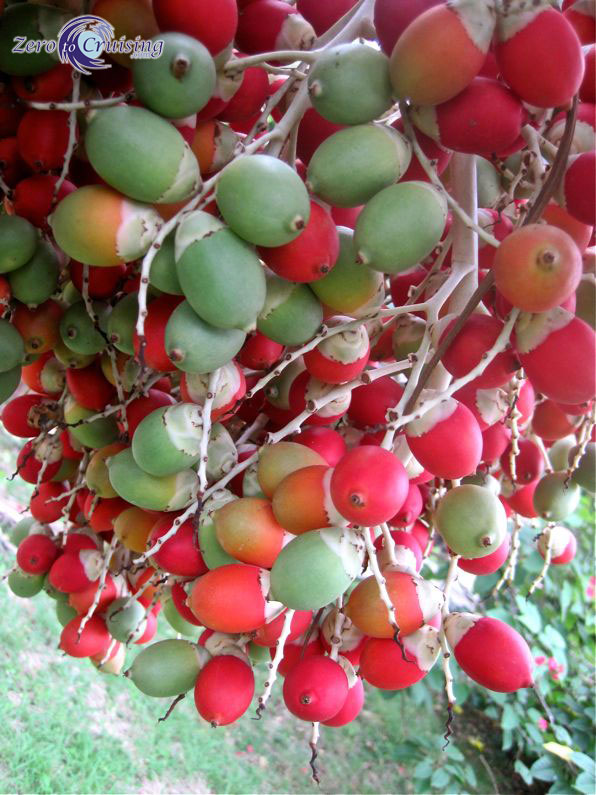 What is this? We weren’t sure but it was pretty enough to warrant a photo. 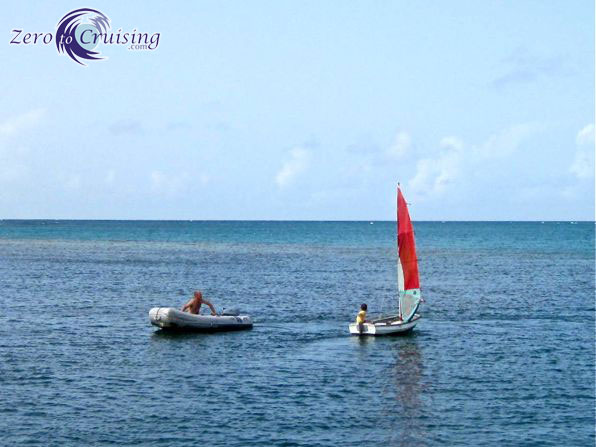 A friend of ours, Steffen, enjoys a Father’s Day outing with his son Josh. 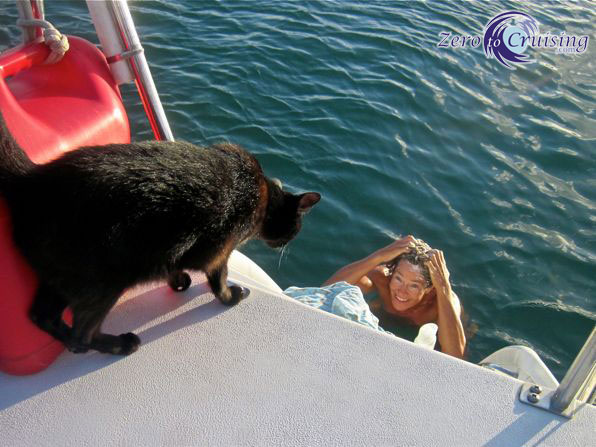 Samantha just can’t believe that Rebecca is voluntarily bathing in the water. 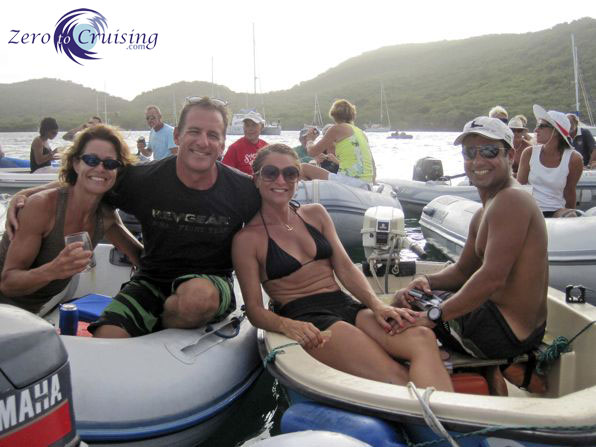 Rebecca and I with George and Katherine from Earthling
enjoying a dinghy concert in Clarke’s Court Bay. 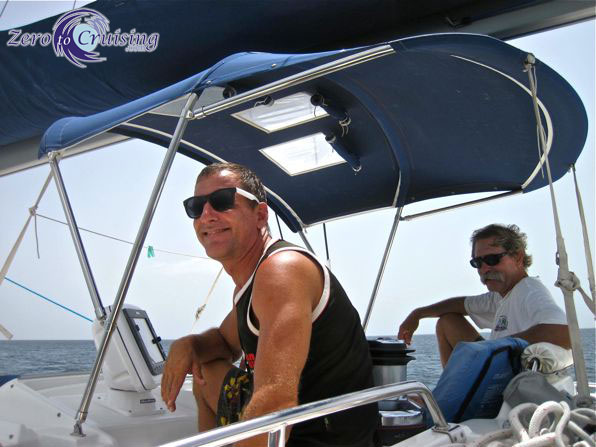 Rebecca and I helped move Kirk and Donna’s Lagoon 440 from Port Louis Marina to Hog Island.
What a beautiful boat! 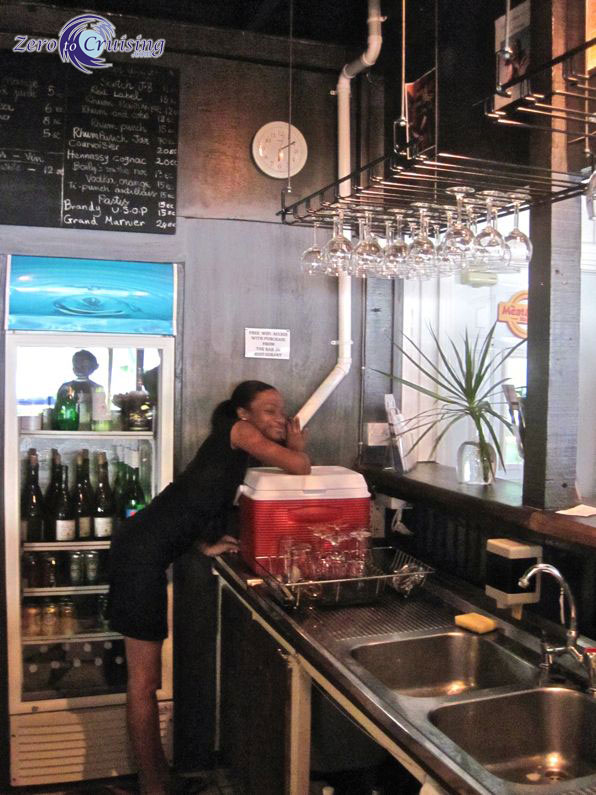 Would you believe this white pipe is Whisper Cove’s “intercom?” 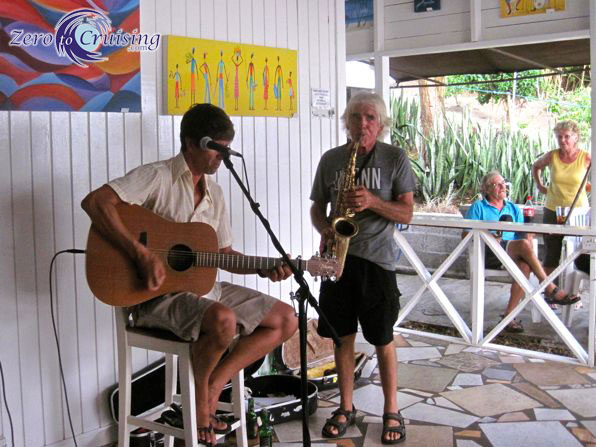 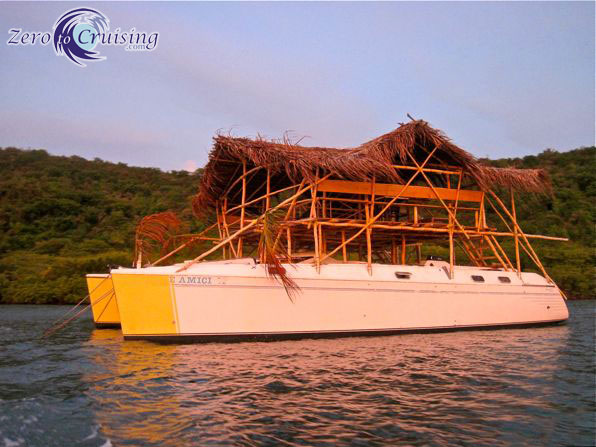 How’s this for a catamaran? 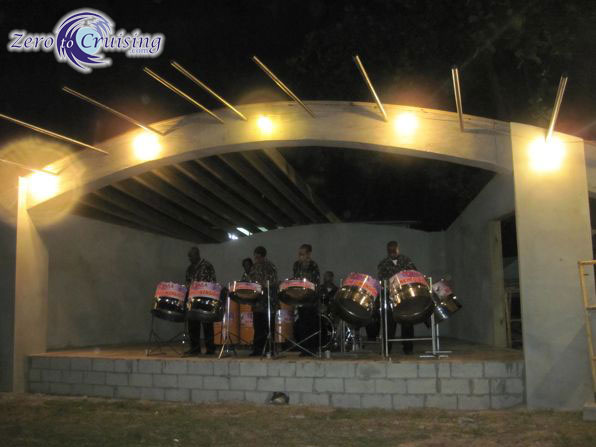 While this Pan Band was performing at Prickley Bay Marina… 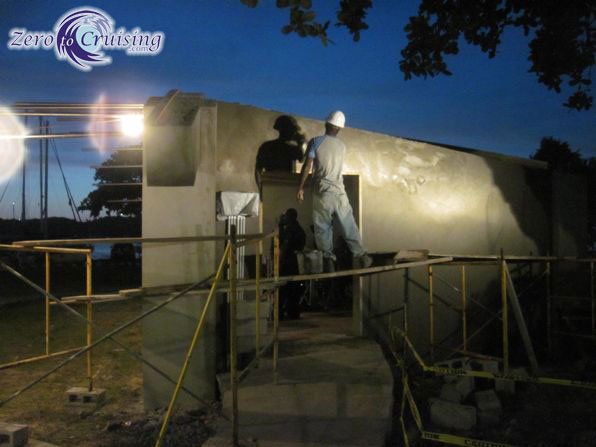 … the masons were still working on the newly-constructed stage. 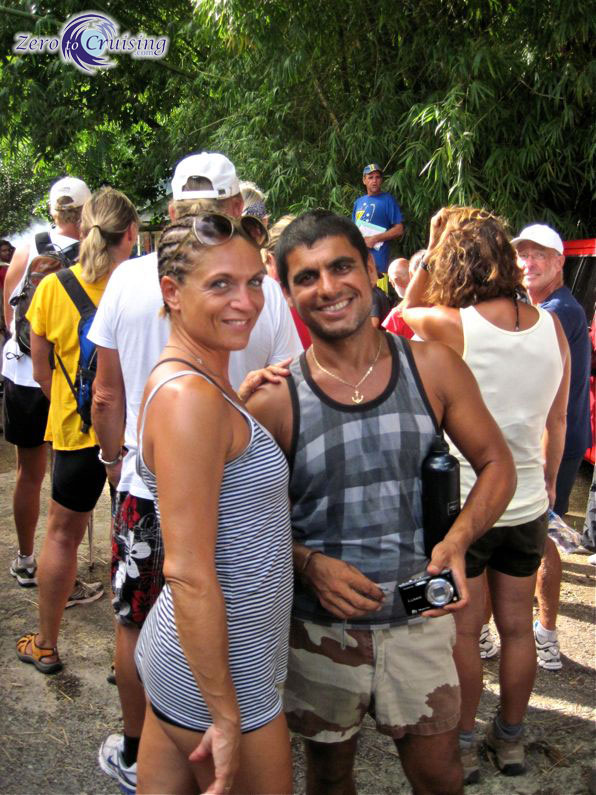 George and Katherine yesterday, at the beginning of their first hash.
This was taken before all of the water, mud and beer! 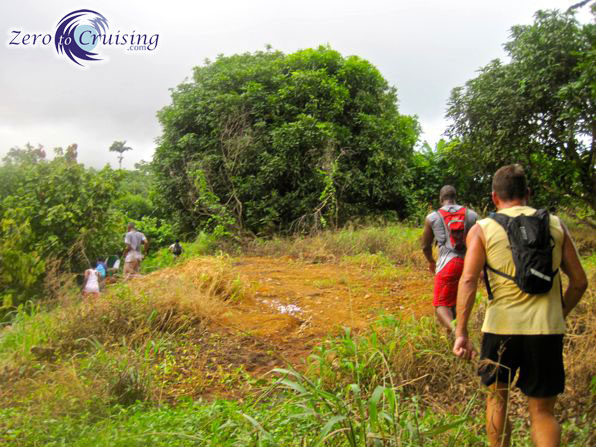 The trail was challenging but fun, as usual. 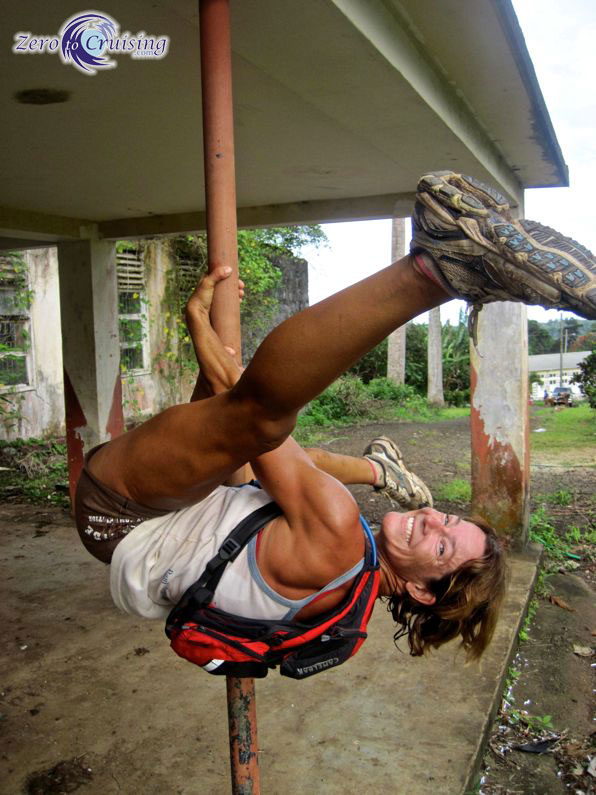 She can never pass by a pole without testing it out. 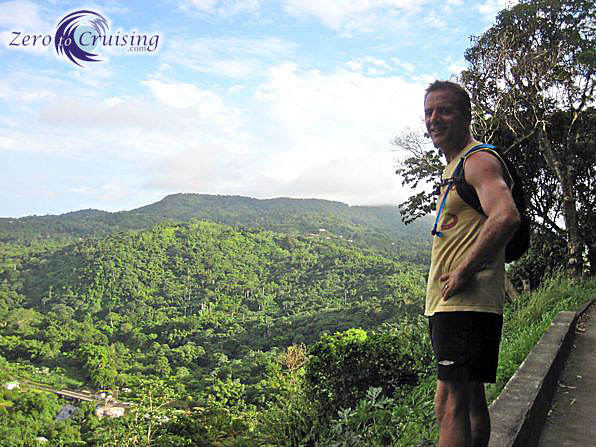 We need to make our way back to that road far in the distance. 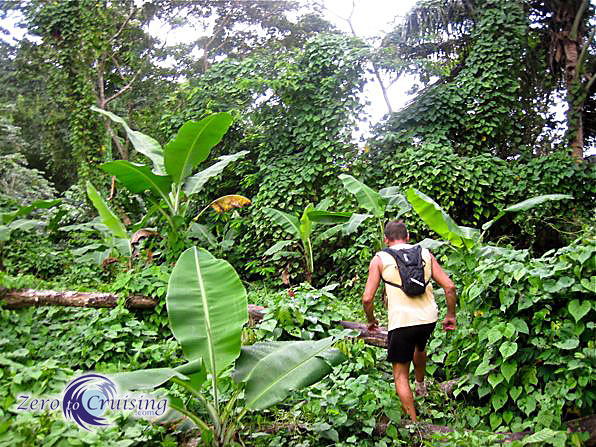 Running through the jungle… 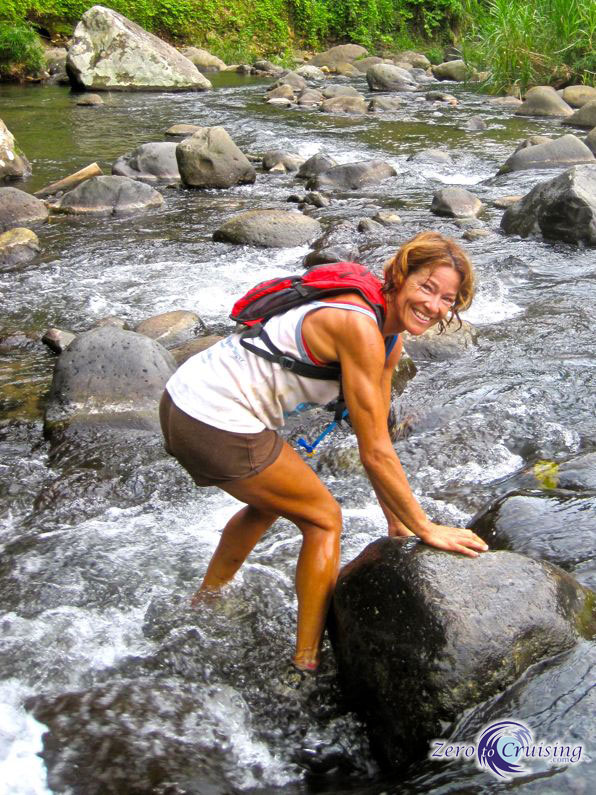 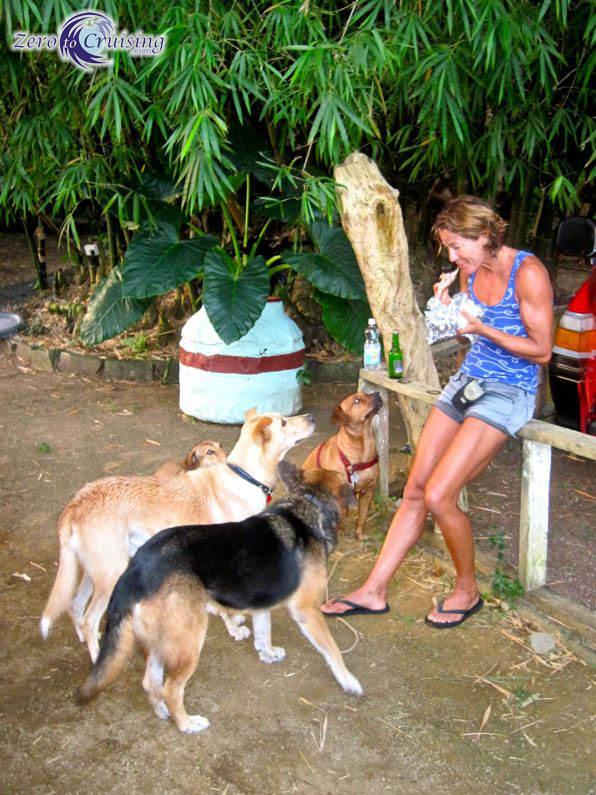 The Pied Piper for dogs although instead of a pipe, Rebecca has chicken. 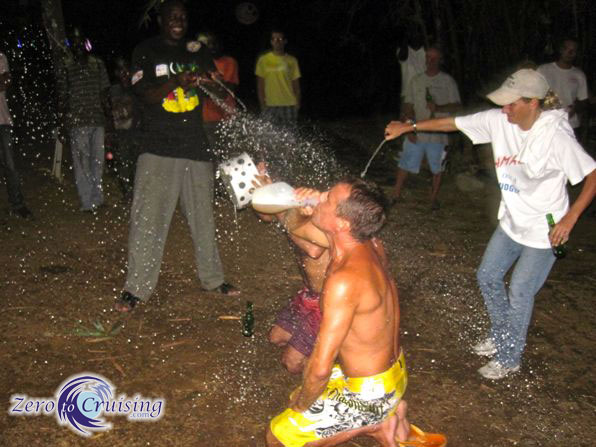 A positive outcome and new skills!

An intro to Williwaws