Could it be that the ghouls, ghosts and goblins running free during last night’s Halloween festivities scared the hurricane season demons away? While officially running from June 1st until November 30th, some insurance companies, ours included, deem the Atlantic Hurricane Season to have ended yesterday and thus consider it safe to begin moving northward again. A look at NOAA’s forecast page this morning might seem to confirm that, and so would the travel plans of some of our cruising friends who have already begun to start creeping up island again. Regardless of what dates you consider to be the official end though, keeping a close eye on the weather to catch any late-developing storms remains the prudent thing to do. 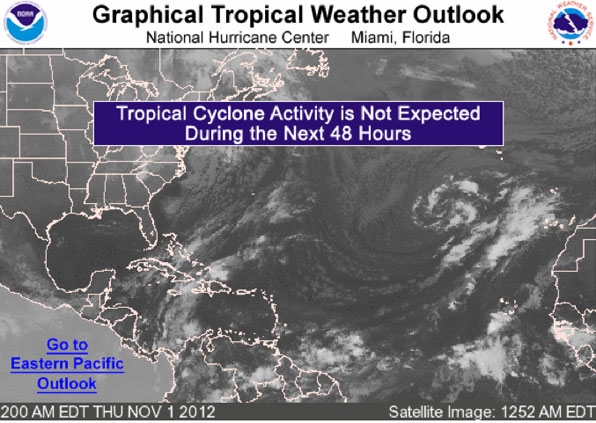 Rebecca, Carl and I celebrated last night at a special Wednesday moonlight hash run, complete with fancy dress (I put that term in there strictly for the benefit of our UK friends who don’t realize that we refer to them as costumes). The hash couldn’t have been based at a better place, Fort Matthew, and it came complete with spooky tunnels, cemeteries, dark trails and “actors” who’s mission it was to startle the hashers. It was a perfect way to spend the holiday. 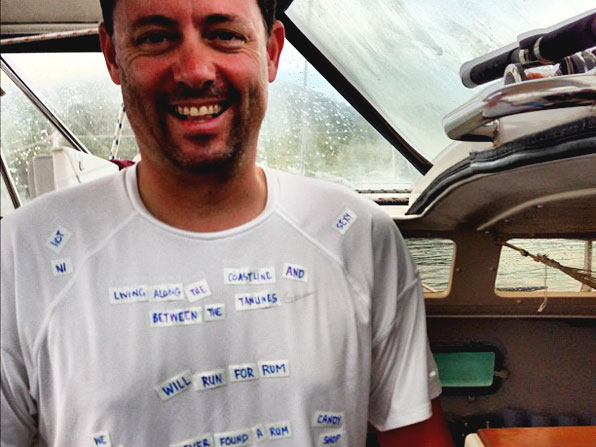 Refrigerator poetry Carl, all ready for a night on the town (or on the trail). 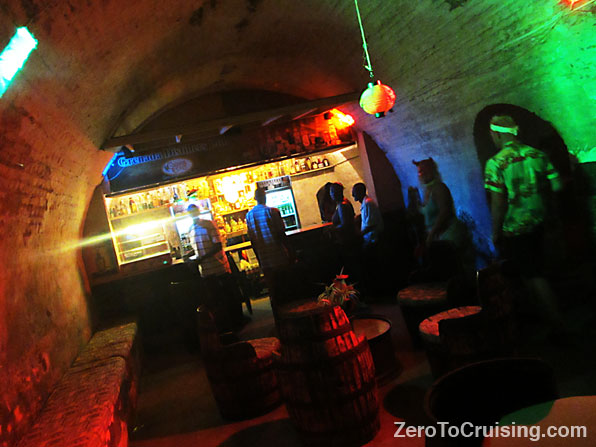 The bar at Fort Matthew, down in the tunnels. 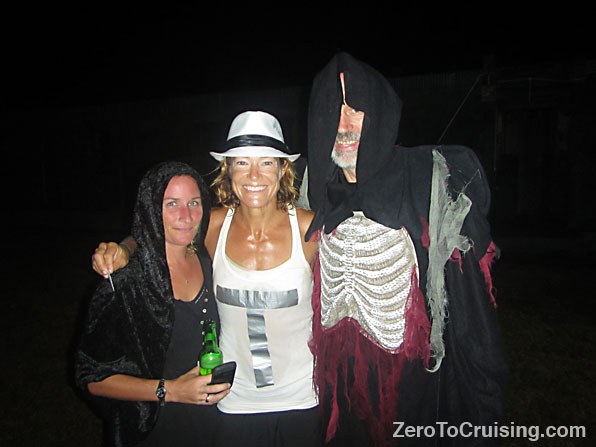 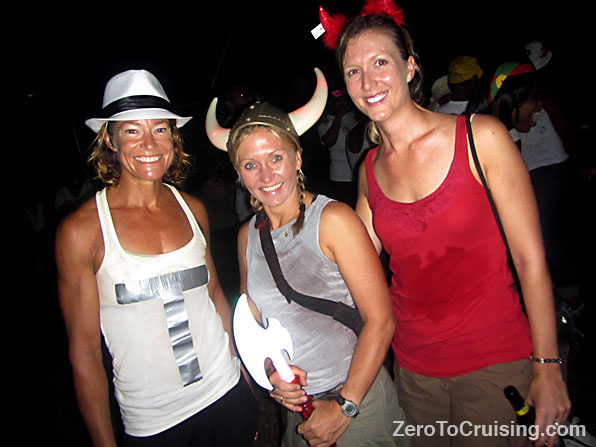 They look great even after the hash! 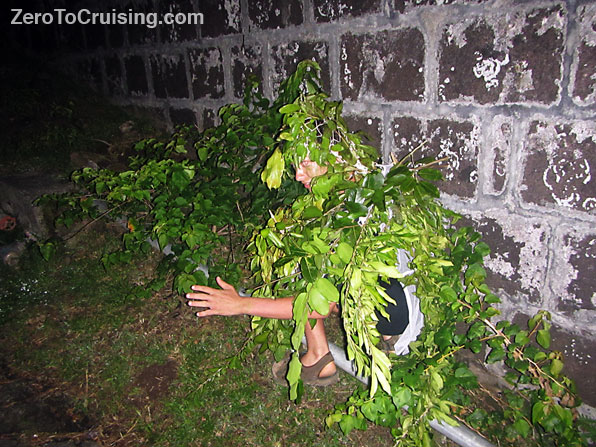 One of the best costumes of the night, Chris, dressed as a shrubbery. 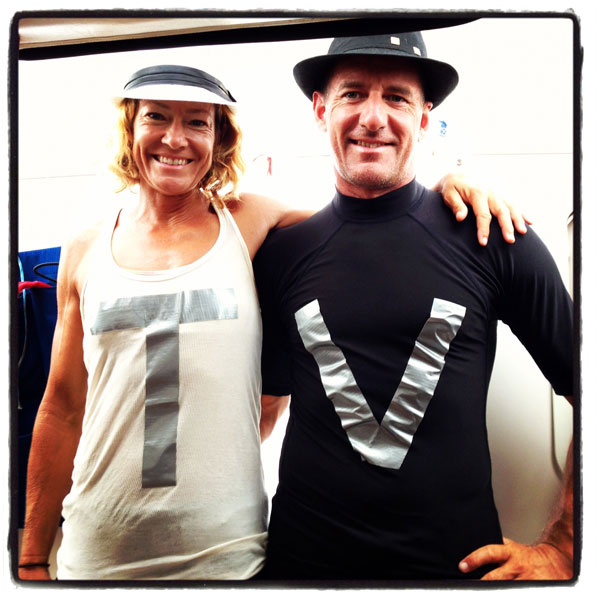 And last but not least, our costumes, photo courtesy of Carl.

How many trips up the mast?

Want to cross that ocean? A yacht carrier could help!