We paid ZTC another visit yesterday, this time to tidy up a few loose ends, and have her rig checked over by Richard from Turbulence. While Richard was with us, I asked him about replacing the wire stay that had snapped on Frost’s wind generator support. Instead of using what was there before, a piece of 4mm wire, swaged fittings, and a small turnbuckle, he suggested that using some Dyneema line would be a better solution. And cheaper too! 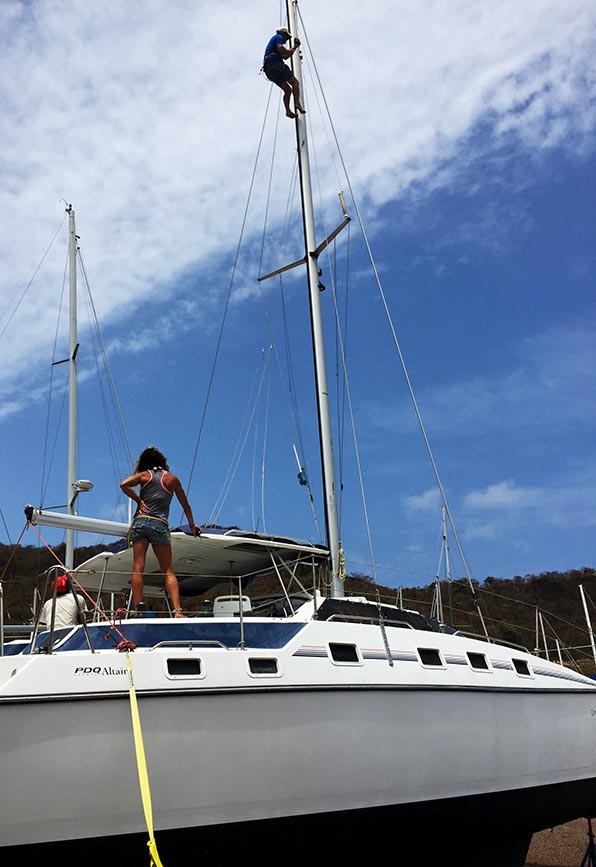 Later in the day, I picked up some Dyneema from their shop, and after returning to the boat, tried to splice an eye in one end. After reviewing the video that I recorded some time ago, I was pretty clear on the procedure. The challenge was that the Selma fids

that I used to have are no longer in my possession (they, along with several other items of ours, were left on the Leopard by mistake, and then never returned to us). I loved those fids! 🙁

Given that the line I was splicing was so small (4mm), creating a modified fid was quite a challenge. I tried using a large needle, a piece of threaded rod, and an artist’s paint brush. If only I had some knitting needles, they would have been perfect!

Anyway, even without the proper tools, I was able to get the job done, and with a minimum of cursing. After installing the new guy-line, and tightening it using a trucker’s hitch, I’m confident the wind generator will be just as secure as it was before, if not more so. 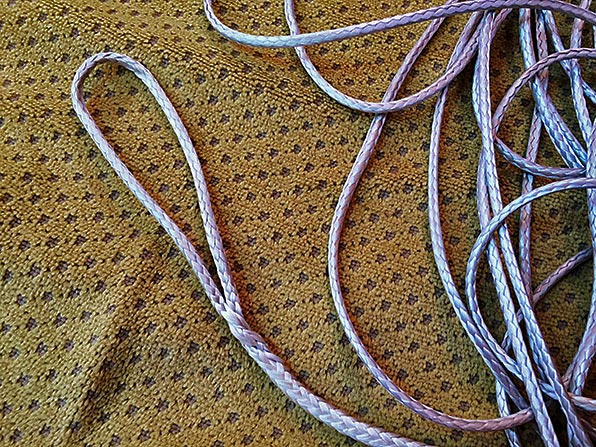 Eight reasons why the Virgin Islands is the best charter cruising area in the world!