Dropping in on the Seven Sisters

While Mike spent his time fighting fires and flipping life rafts as part of the STCW course in Trinidad, I stayed behind on ZTC in Grenada. Congratulations to Mike for completing the course. I am so proud of him!

Although part of my days were spent doing all of the necessary chores onboard ZTC, I was happy to get off the boat this past Thursday after getting invited to go on a hike to the Seven Sisters waterfalls with a group of friends.

The day started bright and early having all 15 people and 3 dogs pile into a bus to head off to the start of the hike. When we arrived, we were greeted by “Super Butterfly” whom we were told would be our guide for doing this hike (yes, you need a guide if you want to do the most exciting part of the hike). After many of the group picked out a hiking stick, we headed off on the short walk to the falls.

After about 20 minutes, we arrived at the base of the highest falls (I believe it was 35 feet high). We were given the option at this point of either hanging out here or continuing on for another 20 minute hike up to the top of a series of falls.

While 3 opted to remain behind, the rest of the pack took off our shoes and with only swim suits/shorts on, scrambled up the steep and very muddy incline to the top of the first set of falls. Now, how do we get down? Jump of course! At each waterfall, Super Butterfly explained exactly how we must jump… put your foot here, take a step there…

Remember that 35 foot waterfall that the 3 people from the group remained at the bottom of? After making our way down through the other falls, we found ourselves at the top of this one where we had no other way of getting down other than to jump! Well, I’m not afraid of heights but I do have to say that it looked a LOT higher than when we were at the bottom!

The group listened carefully as our guide explained how to jump and after volunteering to go first, I stood at the top looking down at the rushing water beneath me. How was it to jump? Thrilling! I actually felt like I was flying as I floated, arms out straight, down towards the pool of water at the base.

After all the others jumped (some taking a little more time than others to muster up the courage), we had a quick bite to eat then headed back. As we were walking back, a very large group from a cruise ship were heading down to the falls. I am quite certain that this crowd was NOT going to jump the falls! 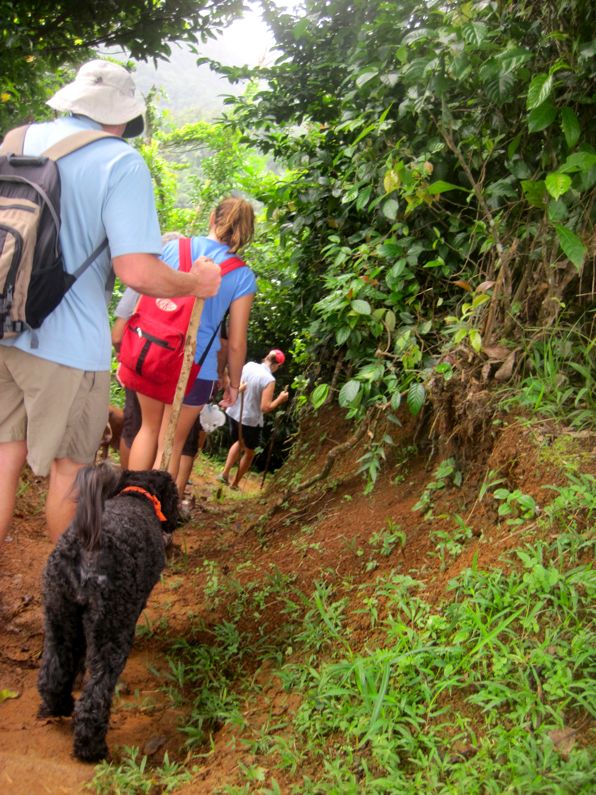 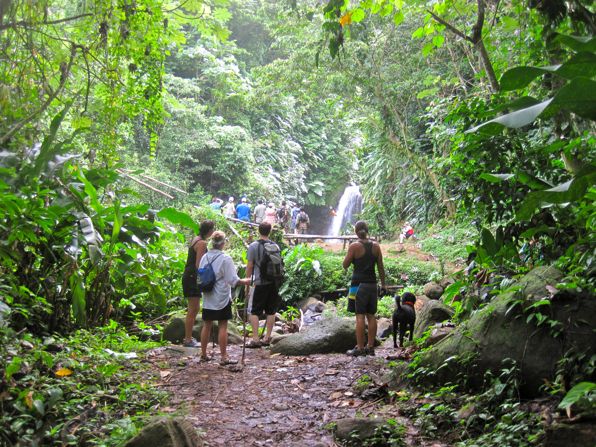 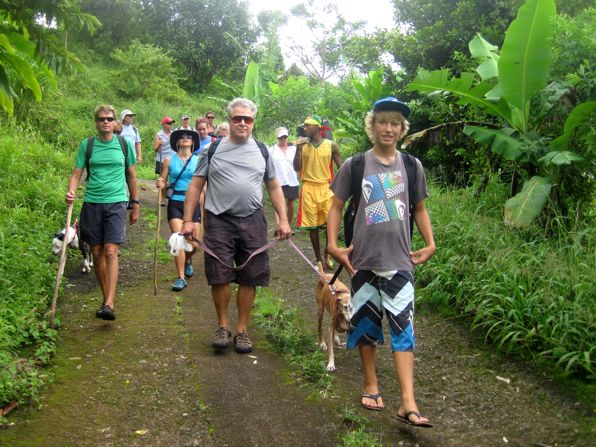 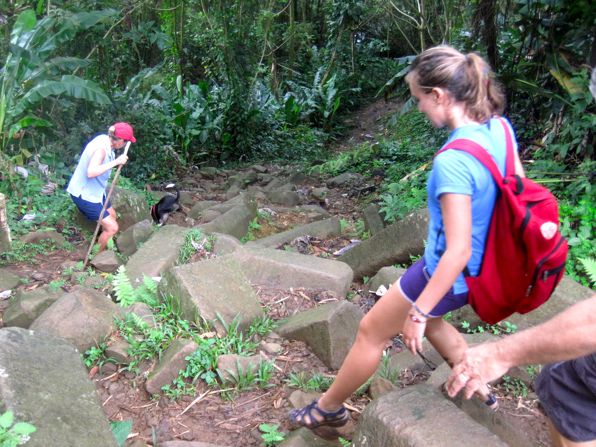 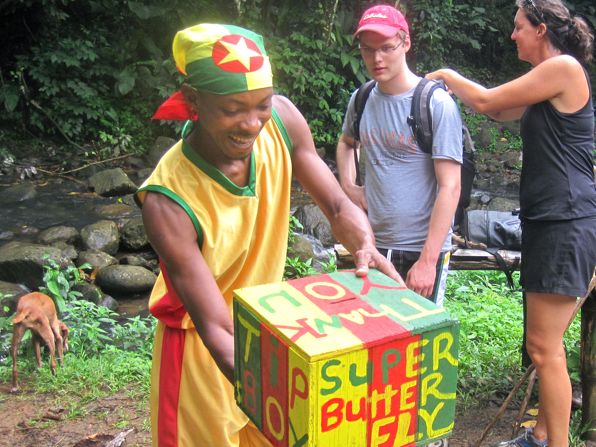 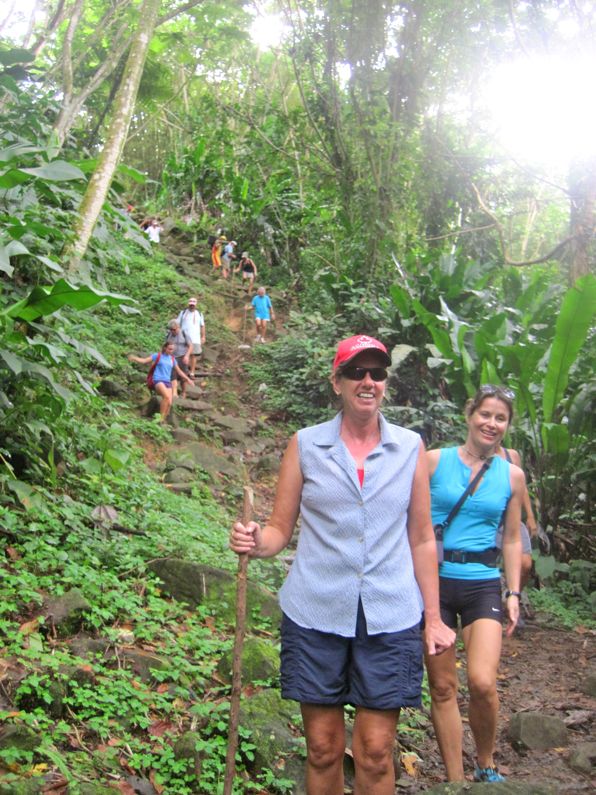 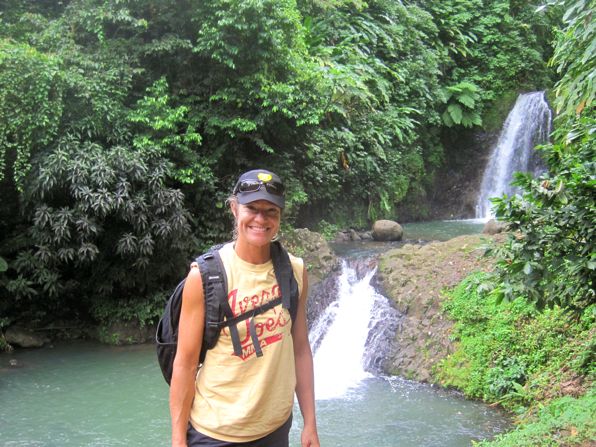 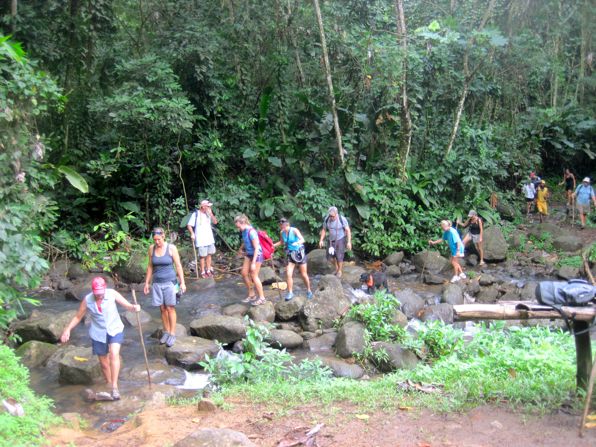 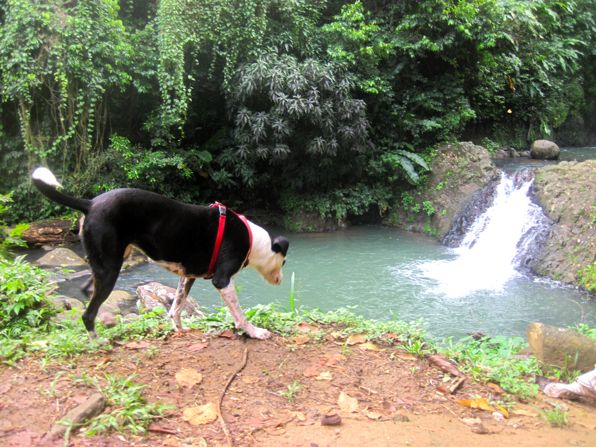 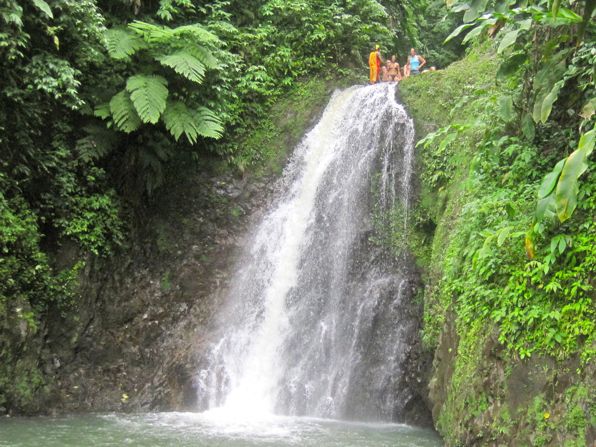 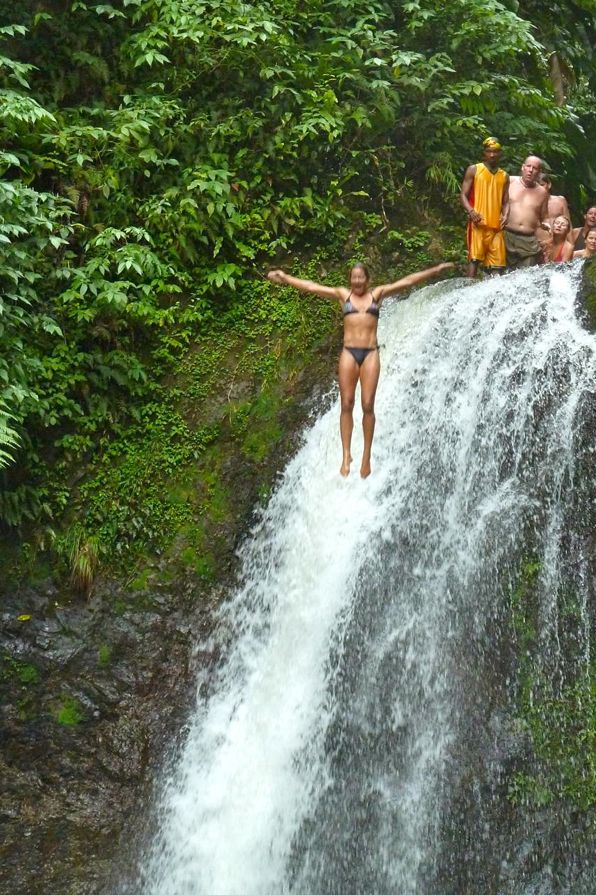 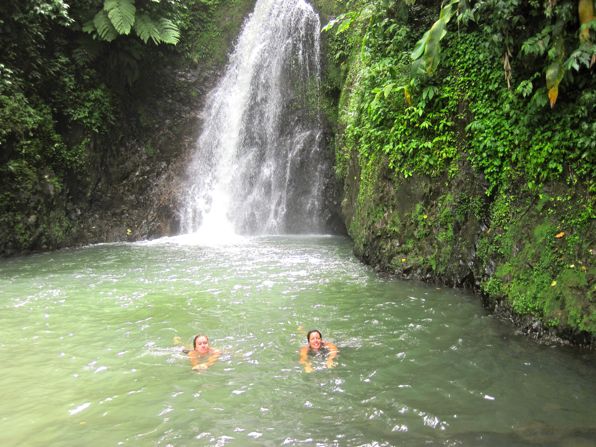 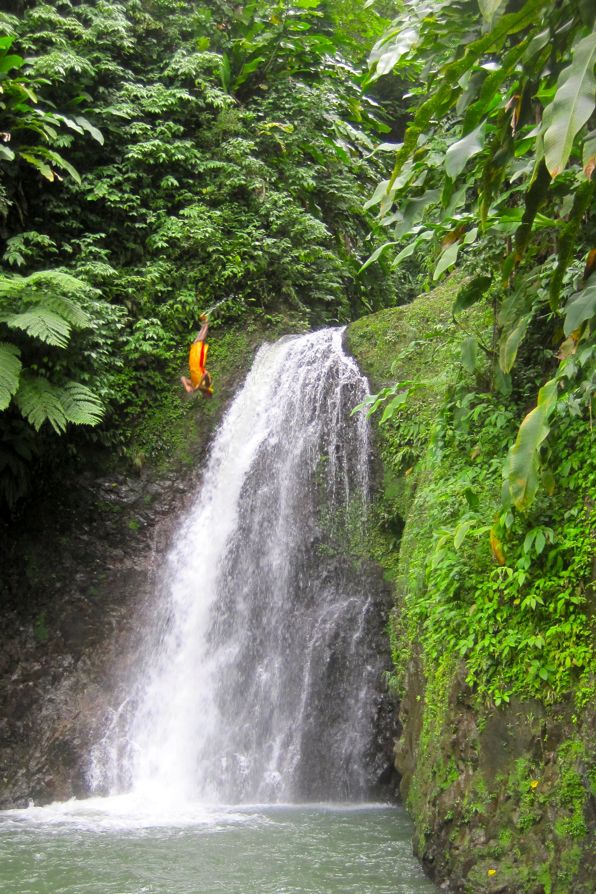 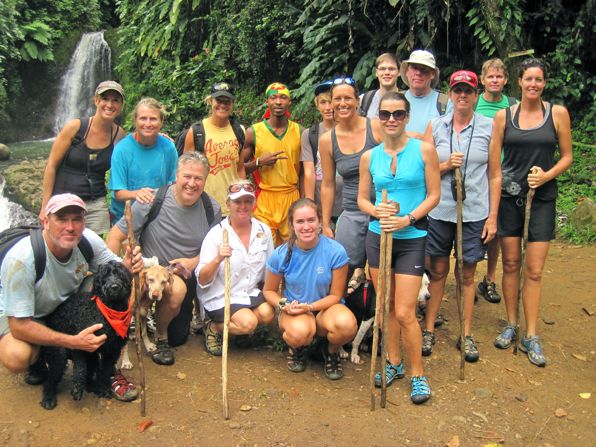