How to deal with an uncomfortable anchorage: Move!

There are a couple ways of dealing with anchorages that have been rendered uncomfortable by an offending swell. You can simply suck it up, which may be the best thing to do if the swell begins after dark. You could also set a stern anchor, or a swell bridle, to position your boat into the waves. Or, if other anchoring options exist, you could simply move your boat, either to a more protected section of the bay, or to a new bay altogether. That is what we did yesterday, and plan to do again today.

Our friends Allen and Rachel arrived on Saturday, and after repositioning the boat from Port Louis Marina, where we picked them up, back out to the anchorage, we quickly departed to catch the bus to the hash. What better way to indoctrinate people into Grenadian culture than to send them into the jungle with a couple hundred other crazy masochists, right? 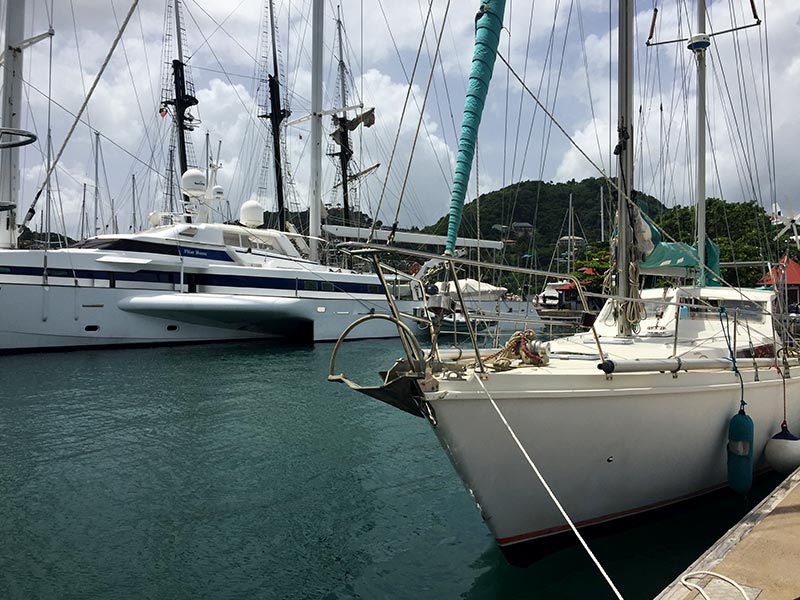 On the mega yacht dock at Port Louis Marina. 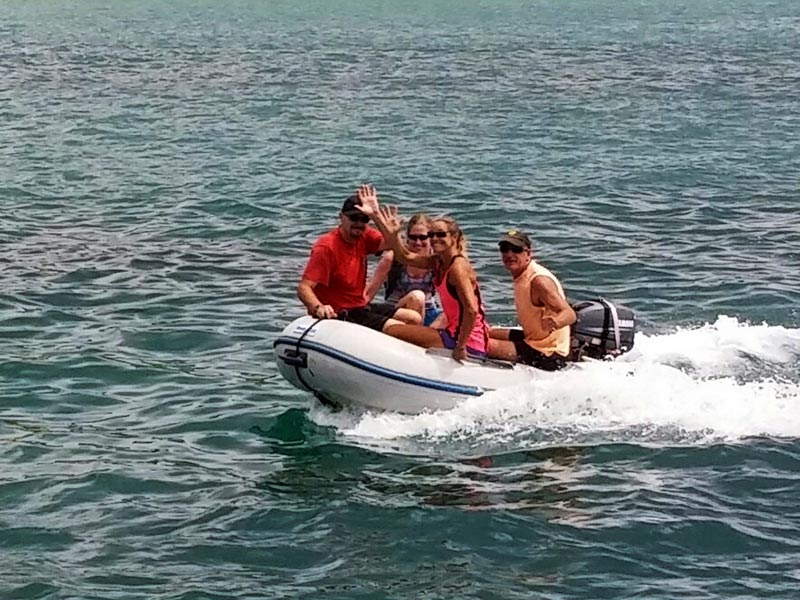 Heading to the hash! Photo from s/v Brilliant. 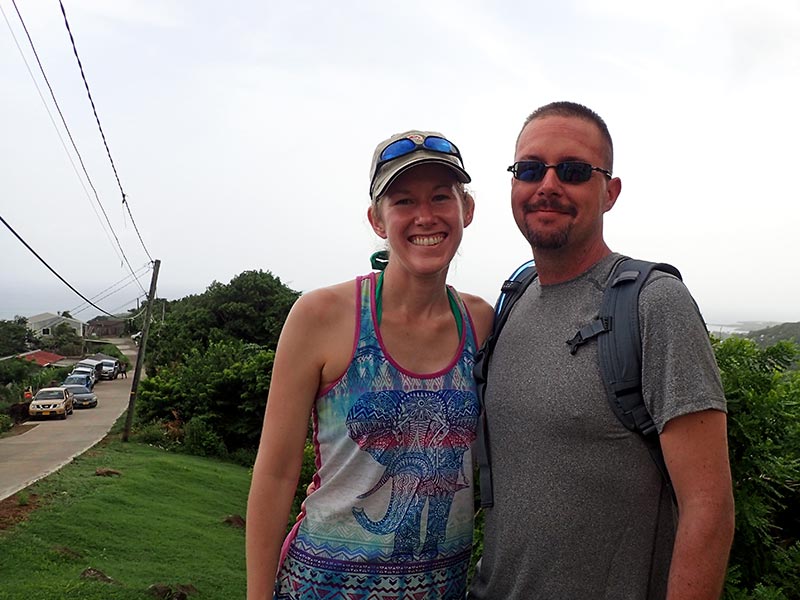 As it turned out, by the time we arrived back from the hash, well after dark, an unusual west wind had built, making even boarding the boat from the dinghy a challenge. Our friend Carrie, anchored beside us, said that the night which followed was the rolliest that she had experienced in 11 years of cruising! I’d say that it was definitely in the top five, without question. While Rebecca and I can deal with that exaggerated motion, we were still not happy with it, and our guests were even less so! When we woke up, before any thought of making breakfast, we raised anchor and began the slow trip around to the south end of the island where I was confident that the conditions would be better. 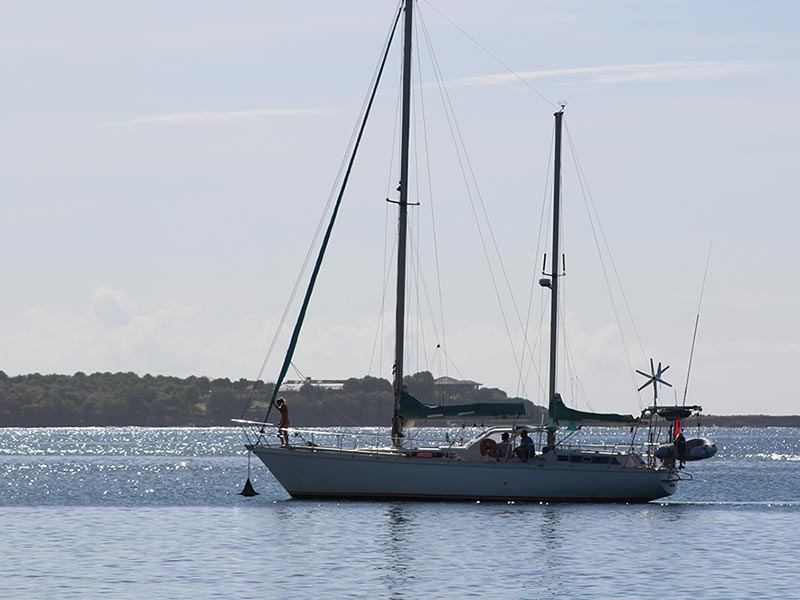 Preparing to drop anchor. Photo courtesy of our friends on Liberty Blue. 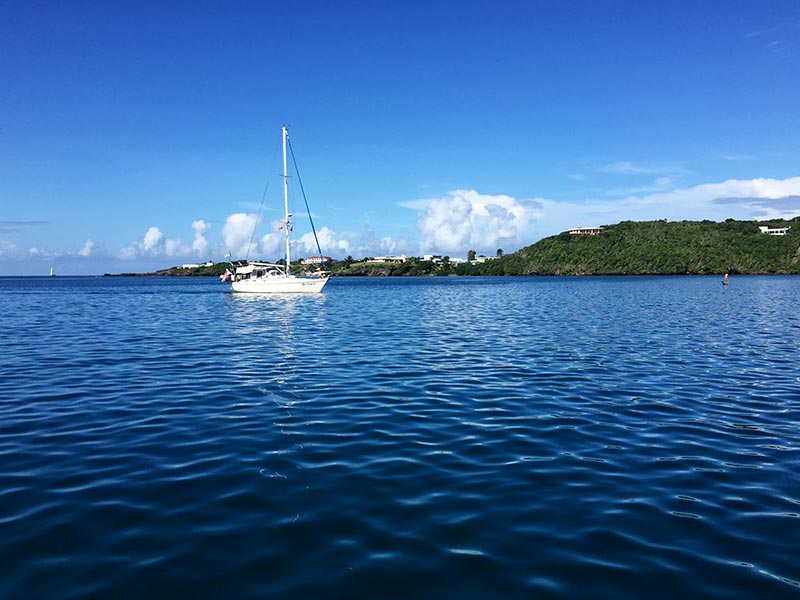 After that rolly night in St. Georges, our friends on Brilliant raised anchor right behind us.

Mt. Hartman Bay was indeed much more calm, but the west wind was effecting the boats even there, causing them to all point in the wrong (opposite to normal) direction. This makes anchoring a bit more challenging, because we knew that the boats would ultimately swing back around. We’re pretty confident with our Mantus anchor’s ability to reset though, if necessary. True to form, the normal easterly trade winds did fill back in, at some point last night, and our bow is once again pointing in the familiar easterly direction. Unfortunately, the breeze, now actually SE, has turned this anchor spot from glass calm to choppy. So, in the interest of happy guests, and new adventures, I think we’ll go find a new, more protected spot to hang out today.