Hurricane Earl, plagues of stink bugs and now floods. Is someone trying to tell us something?

We began yesterday trying to “make lemonade from lemons” by giving ZTC a much needed scrub in the pouring rain. In fact, I braved a bit more of the cold rain and gave myself a scrub too. But the rain never stopped. Nor did the tide which just kept on rising. For those tied to floating docks, this wasn’t a huge problem. We, however, are tied to a seawall. A fairly low seawall! 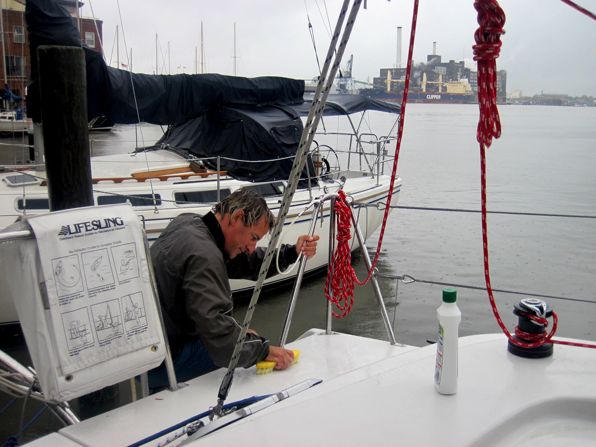 ZTC was much happier after Rebecca and I gave her a good scrubbing! 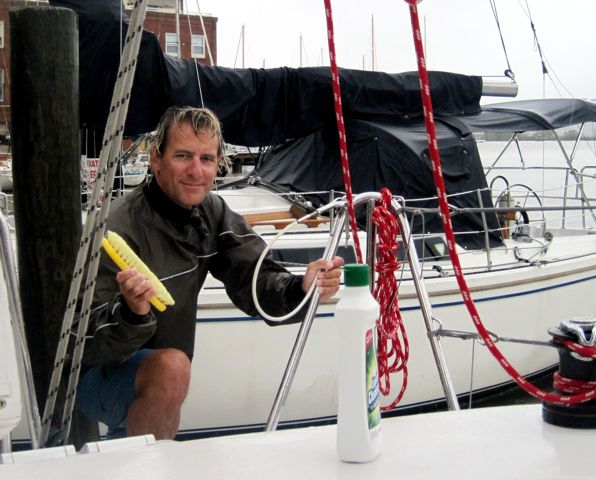 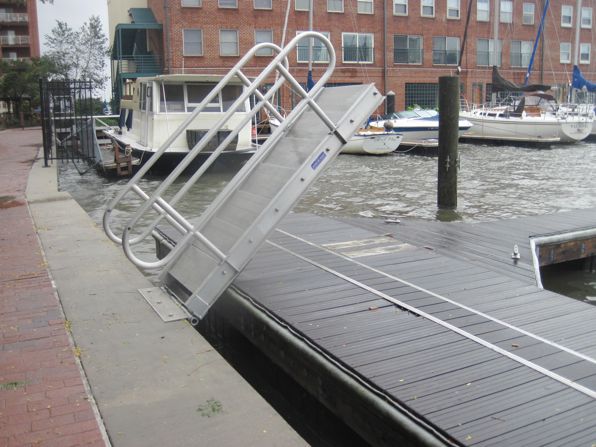 Um, I don’t think that walkway is supposed to be like that.
I think the floating dock is a tad higher than normal!

Why was the tide so high? One of the countless things we have learned since setting out is that the water levels in “the Bay” are quite effected by the wind. A southeasterly wind, like we had yesterday, blows water into the bay, raising water levels. A northwesterly wind would have the opposite effect. Anyway, yesterday the rain and wind were cooperating to raise water levels much higher than normal and we were at risk of having our boat sitting on the sidewalk. Problem? Of course not. This is just one more opportunity to practice something new. 🙂

After helping our friend Tom secure his boat off the wall by running long lines to an adjacent section of the seawall, we set to work on ours. Unfortunately, no similar solution existed for us because of our positioning. We were able to adjust our stern lines on a piling to keep the rear of the boat off the wall. The bow took a bit more creativity. I had heard of people setting kedge anchors to pull their boats off sandbars, or to prevent them from getting blown further onto shore in similar situations. We decided to use our, at the time, untested Fortress Anchor (Tressy) just like that. With Tom on the dock, easing lines and Rebecca on the tramp paying out rode, I paddled our dinghy 50′ or so out into the channel and dropped the anchor overboard. The anchor set instantly and we were then able to use that line to pull the bow out so that the entire boat was floating a few feet from the seawall, just as our friend’s boat was. Although this made getting on and off our boats a bit more challenging, we now didn’t need to rely upon fenders on the wall to keep us in position.

Note: We could have just left the wall and anchored out but we have a great dock space for the festival and we didn’t want to give it up. If things had gotten a lot worse, we still had that as a backup plan though.

Did the water breach the top of the seawall? Fortunately for the businesses right beside us, who had set sandbags all around their ground-level doors, it did not. Rebecca and I did get up multiple times throughout the night though, to check on the water levels and the wind and wave action.

This morning, the water looks to be a couple of feet lower, and I’m sure that is greatly appreciated by everyone here in Fell’s Point. The festival is due to start later today and I think we are still expecting sunshine for the weekend. Just another day in paradise. 🙂 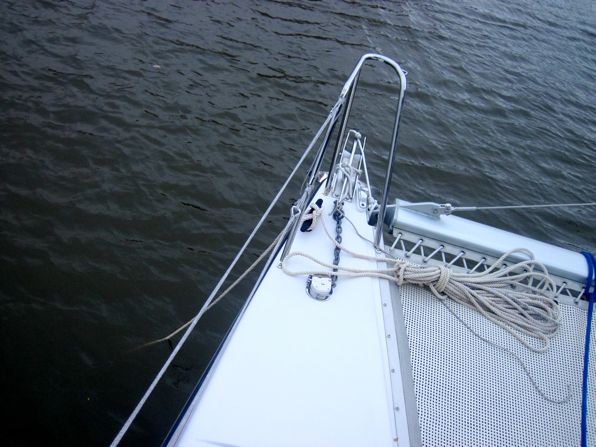 Our kedge anchor’s rode, currently a bit slack as the winds have reversed
and are now blowing us off the wall. 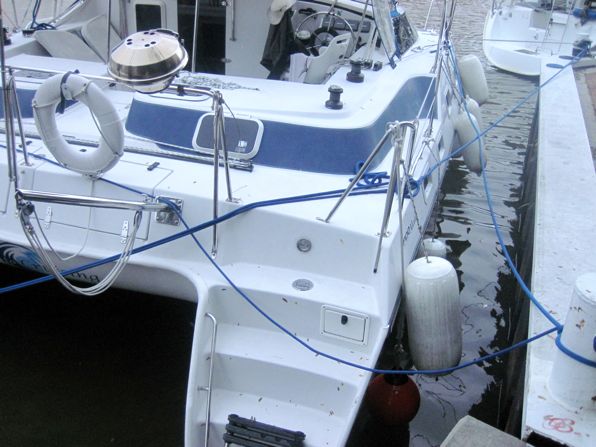 Floating safely a couple of feet off the wall.
Last night the water was just a few inches from the top of that wall.

The Carenage: Prettiest harbor in the Caribbean?