People sometimes equate living on a small boat to camping. While if the boat is truly tiny, a la a trailer sailor, perhaps that’s true. In most cases though, cruising boats are much more akin to a small cabin on a lake than they are to a tent.

The primary benefit of living on a boat as opposed the aforementioned cabin is that it is mobile. Yes, you can move it! If you don’t like where you’re located, you can simply raise anchor and relocate. Everyone knows this. When people fail to take advantage of that feature though, staying in one place for an extended period of time, they inadvertently shift from the cruiser category into that of the liveaboard. They may do that for a variety of reasons. Several of our friends did so because they got jobs. Others, I don’t know why. Regardless of the reason, it’s OK. I’m going to go out on a limb here though and share an observation of mine even though it is undoubtedly broad, and quite likely controversial. Here it is: Liveaboards are not as happy as Cruisers! There you go, I said it.

Much like the organic growth that accumulates on the bottom of a stationary boat, people who liveaboard a boat but fail to move it seem to accumulate more than their fair share of drama. We’ve seen it a lot in our travels. All too often these people get overly territorial of their little circle of water, and are quick to let anyone who should venture into their space know that they are “trespassing,” often with expletives thrown in for good measure! While we don’t frequent marinas all that often, I would bet that there are some dock-bound boaters who would fit into this category as well.

Fortunately, there is a solution, and if the boat has been maintained so that it is still seaworthy (sadly, some have not), it’s pretty simple. Here’s the prescription: Go Sailing! Cast off the lines from the mooring ball or dock, or raise anchor. Set sail, or just go for a motor around the bay. Feel the wind in your face and let some water splash on the decks. My belief is that if you do this from time to time, even if you head back to that same little circle of water, you’ll retain (or regain) the all-important empathy that most boaters have for one another. So, when are you going sailing? 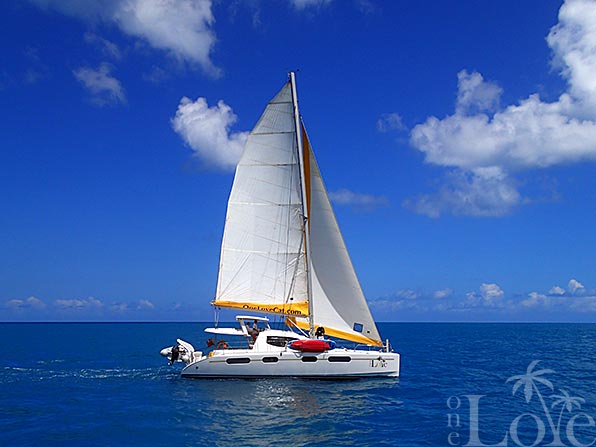 Travel inspiration to go with your Sunday morning coffee

How do you know that it’s full?