Another day in “school”

That is what we have been told multiple times and I am starting to believe it. We left Friday afternoon on route to Prinyer’s Cove with very light winds. So light that we knew we wouldn’t make it before dark without the help of our engines so we dropped the Yamahas back down and commenced motor sailing. If we could metaphorically describe the winds we set out with as a person who is calm and controlled, they quickly turned into someone who is in need of serious psychiatric help! The wind speed was gusting up to 13 knots and then dropping back to 1 knot, every few seconds. Not only that but the little arrow on our wind meter was dancing all over the place, swinging wildly from on the nose to 150 degrees. At one point when Rebecca was at the helm she told me the arrow went more than a full 360 degree circle! Pretty hard to set your sails for that!

“The time to reef is when you first think about reefing.”
Yet another thing we have heard time and time again. And it was because of this that we got our first solo experience in reefing our sails. We were sailing along the northern edge of Amherst Island, approaching the Upper Gap where we would soon be out of the protection of the Lee of the island. With the winds acting all squirrely we thought that putting a reef in the main would be a pretty wise idea. For those of you who are reading this who are perhaps more of a Newbie than us “reefing a sail” means to decrease its size and thus power. 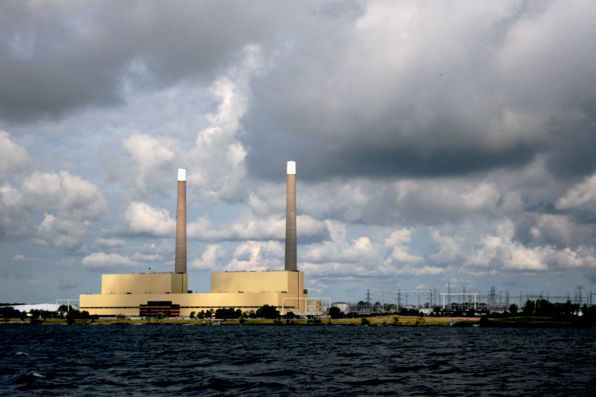 We learned how to reef sails when we took our Fast Track to Cruising course. Our boat has what is referred to as single line reefing though which is a different, but supposedly an easier method. In theory all we needed to do was ease the main halyard a bit (lower the sail) and winch in the reefing line. Wow. It seemed to work! Now we just need to tidy up a bit by securing the lowered excess sail around the boom with some pieces of line. There were some pieces of line on the boat when we first got her, specifically for this task but they were so convenient that they ultimately succumbed to other uses. I was smart enough to replace them of course and thus I had some lines available for the job. I just hadn’t tested them to be sure they would be long enough or fit through the grommet holes on the sail! Lucky me… they worked! With our main sail successfully reefed and de-powered we continued onward with no further excitement.

No further excitement except… I noticed that the main pin holding the boom to the mast (in the gooseneck) was sticking out on one side. Hmmm… that looks strange I thought. Being curious I climbed up on deck to see that it definitely was not supposed to be like that. I am not sure how many things on a boat you are supposed to fix with a big hammer but that is what I brought to the table and it did the job quite well with have a dozen fairly hard smacks, knocking the pin back in. Why it was out in the first place was now obvious. The cotter pin which should have prevented it from exiting was missing. Now this is why I bought all those nice stainless steel cotter pins! I went down and grabbed a selection and proceeded to rig up at least a temporary replacement. Now our boom won’t fall off, or at least not today. 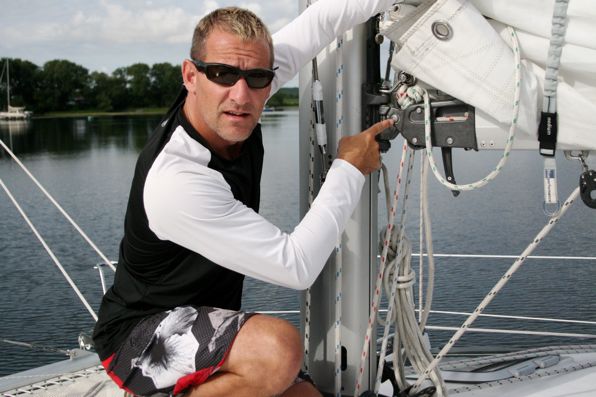 In examining the photo I will admit that this may not be the main pin holding the boom on, but it does look to be a fairly important one!

Katana ultimately got us to Prinyer’s Cove. We had read a bit about the place and had seen some photos on the web. To be honest it didn’t really live up to our expectations though. It was smaller than we thought, fairly crowded and very weedy where we ended up. It was far too late in the day to go elsewhere so we found a spot and dropped our anchor. I don’t know what the deal is but is it really supposed to be blowing 13 knots in an anchorage??? That isn’t confidence inspiring. Ultimately our anchor held fine, the winds abated and we spent the night with plans to head back to Kerr Bay in the AM. 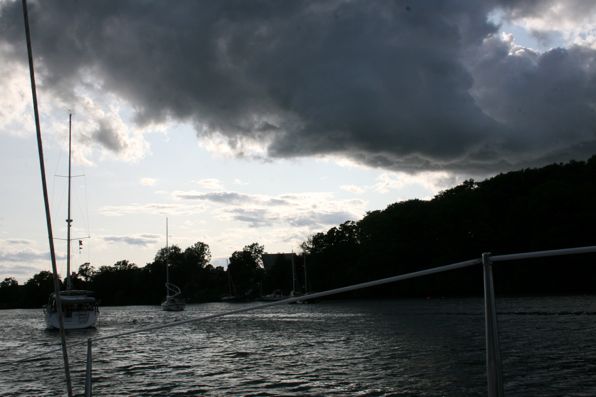 Does this look like a calm anchorage to you?

Saturday’s sail was infinitely better. With consistent winds we had a nice broad reach all the way back to Kerr Bay. The weather wasn’t really all that great though so with no desire to sit on the trampoline and suntan we had to amuse ourselves and exploring the boat was a nice diversion. In the forward port side locker we knew the emergency tiller handle lived. We had never actually tested this guy out though and I am pretty sure that’s a good thing to test, before you lose steering! It was a bit of a PITA to get it out of the crowded locker but once we did it performed as expected. Turning the tiller handle, on either transom, turned the steering wheel. Cool. 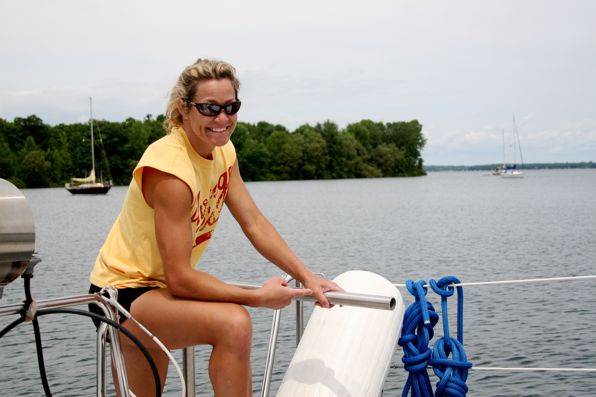 Rebecca playing with the emergency tiller.

In the forward starboard locker there is another anchor and rode. We have of course peeked in before to see it but we never went to the trouble of getting it up on deck, measuring the rode and examining it. So out comes the anchor, line and chain on the tramp. We now know we have approximately 25 feet of chain and 130 feet of line to go with that 35 lb. CQR anchor. Good to know!

The weather for today’s sail back? Strong wind warnings of course, with some muffled talk by the coast guard about squall warnings somewhere. We decided not to press our luck and left for home before things got too hairy. We managed a nice controlled sail all the way back to Collin’s Bay and the winds never jumped in speed until it was time to bring our sails down. Groan!

Come hashing with us in Carriacou

We need a vacation from our vacation!