We passed the interview

It seems that during the hash run the other day, we might have been being “interviewed” without our even knowing it. And apparently we did OK on it because following the run, we were invited by another couple to accompany them on a big hike.

Yesterday, Rebecca and I along with Hunter and Devi from s/v Arctic Tern set off at 7:00 AM with the intent to hike from Grand Entange to Concord Falls. The trip started by taking a public bus from Woburn to St. George’s, switching to another bus and traveling on it to Grand Entange.

Note: There is no sense getting to the bus terminal too early if your intent is to take the bus to Grenville (Grand Entange). They won’t leave without a full bus and apparently people don’t start going there until 8:30 – 9:00 AM.

Once we arrived at our starting point, we made our way onto the slightly overgrown trail. Even though our bus ride to get there was almost straight up, we still had significantly farther to climb, working our way towards the summit of Mt. Qua Qua. Just prior to the very top, we took a turn to left and then started the descent towards Upper Concord Falls. We had been warned that our getting muddy was a forgone conclusion and that was not an over exaggeration. The path that we walked on was definitely not what people used to hiking in parks would ever consider a trail. It was very technical and a loss of concentration typically resulted in our falling down into the mud, stream or brush. In spite of that, or perhaps because of it, we all had a blast. The scenery in many cases was otherworldly and when we finally reached the seldom-visited Upper Concord Falls, we were all relieved to cool off in the “refreshing” water.

That was not the end of the trip though. In fact, it was only about two thirds of the way through. Getting sweaty all over again, we hiked on an old cobblestone path from there towards Lower Concord Falls. The area we walked through was partially cultivated where locals were growing everything from corn to pineapples.

A couple of bus rides later and we were safely back to our starting point. This was no doubt only the first of many great hikes we’ll have here on Grenada. We are very appreciative that our new friends Hunter and Devi chose to take us along with them.

Sorry there are so many pics in this post. With some difficulty, I trimmed the 173 photos that we took down to these 28. 🙂 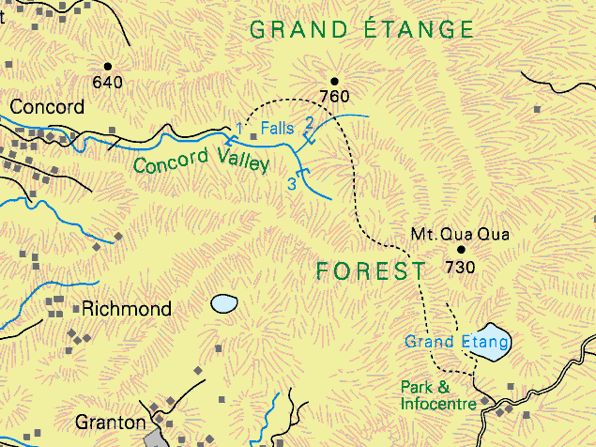 From this chart you can see our starting point and destination. 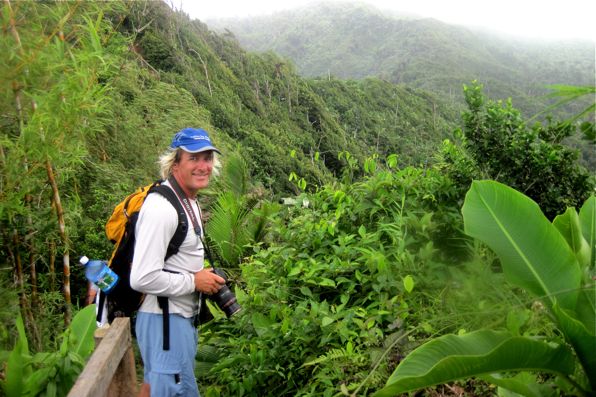 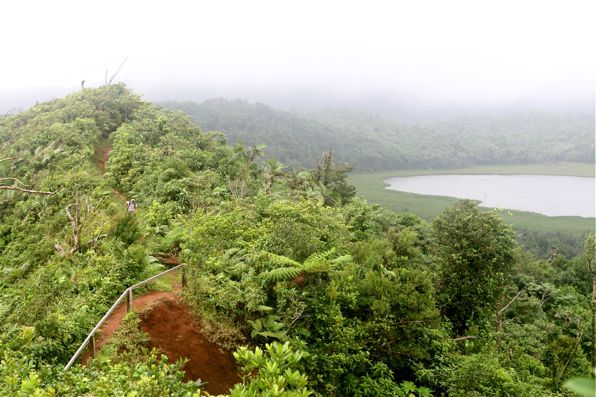 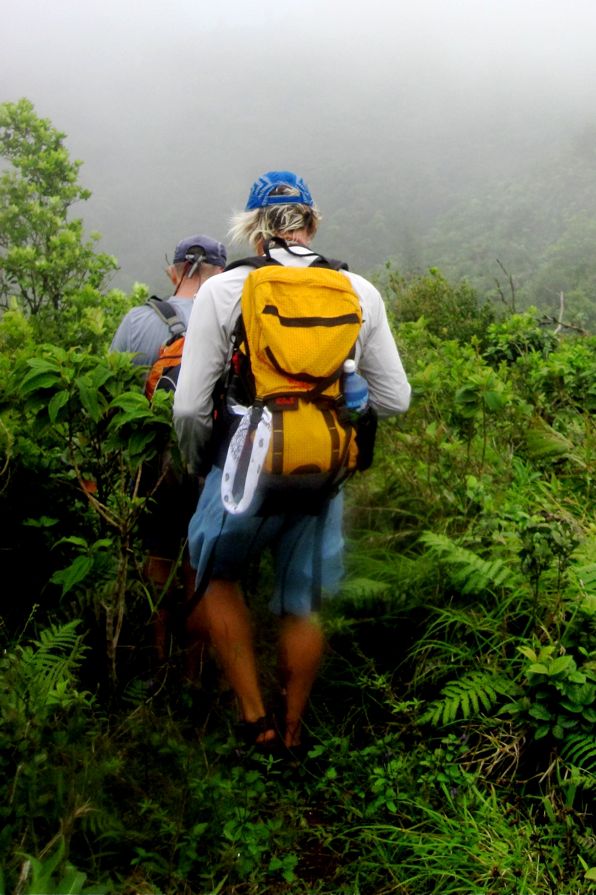 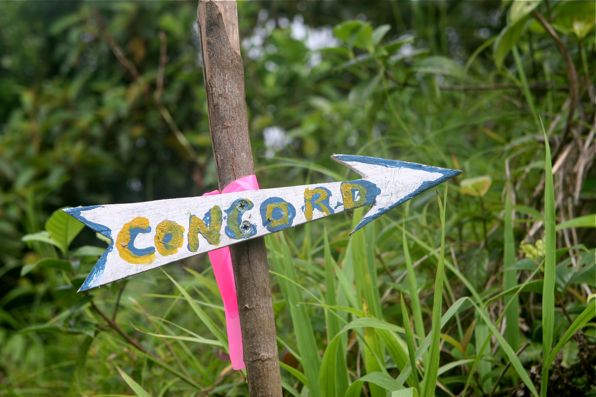 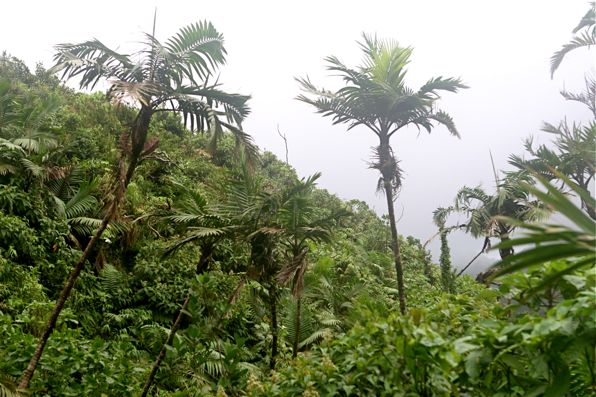 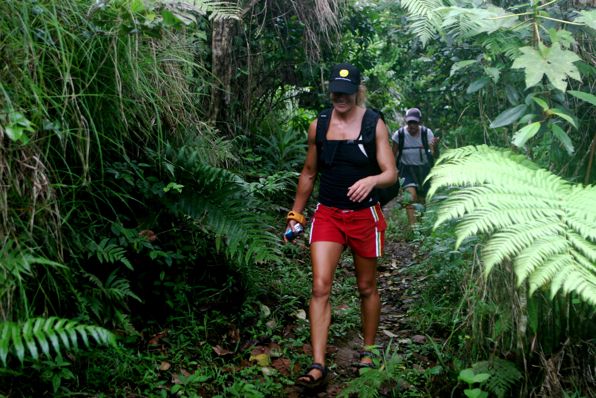 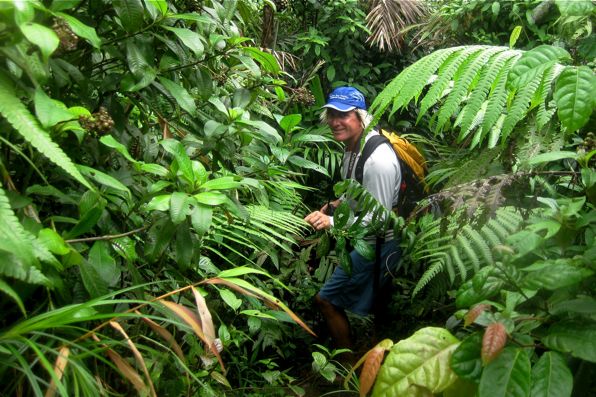 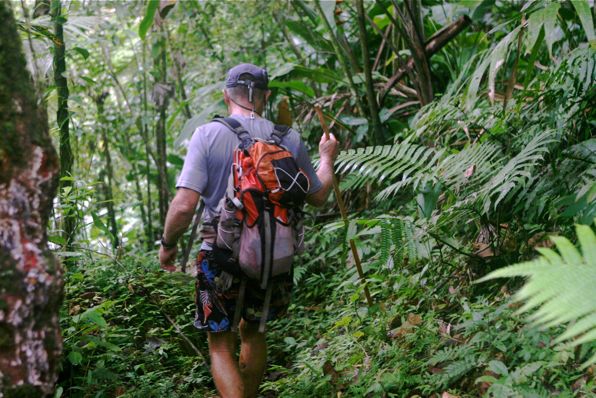 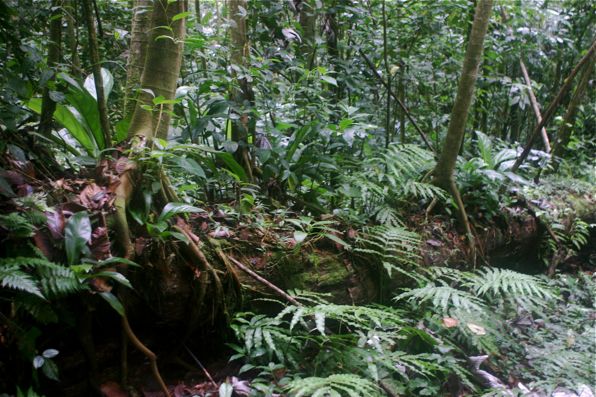 A “nurse tree.” Note the other trees growing on top of it 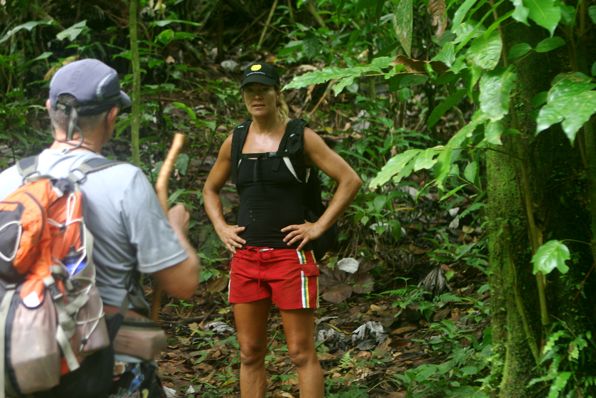 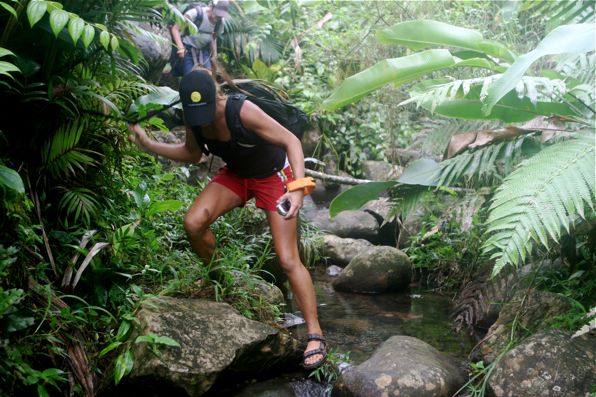 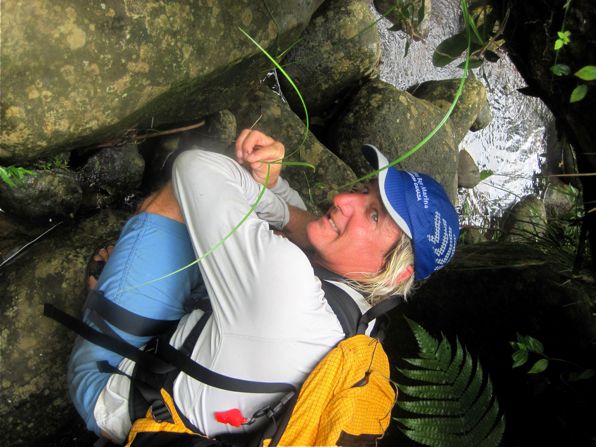 Razor Grass – avoid brushing against this! 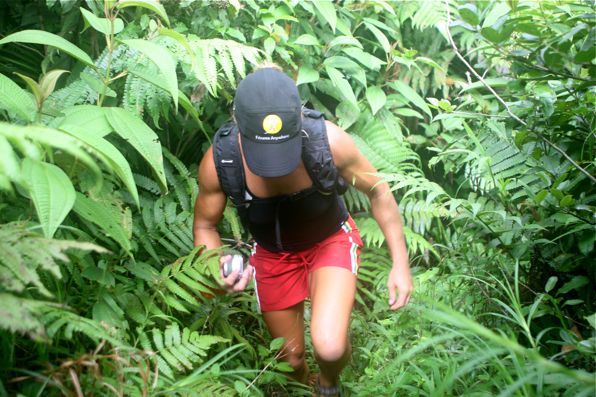 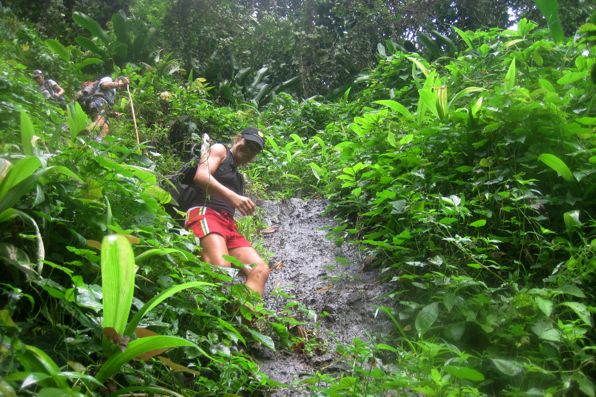 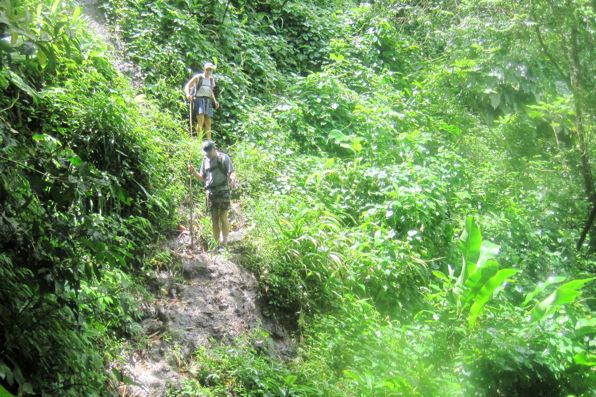 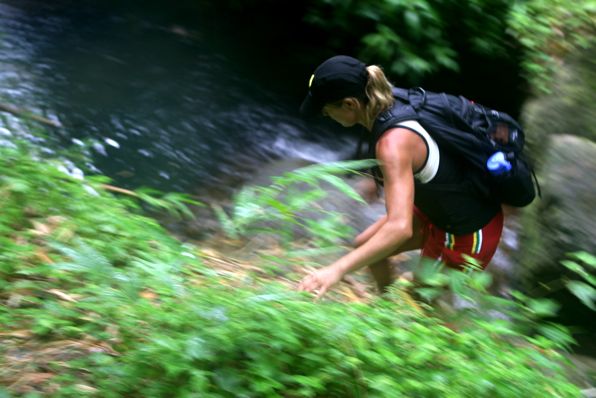 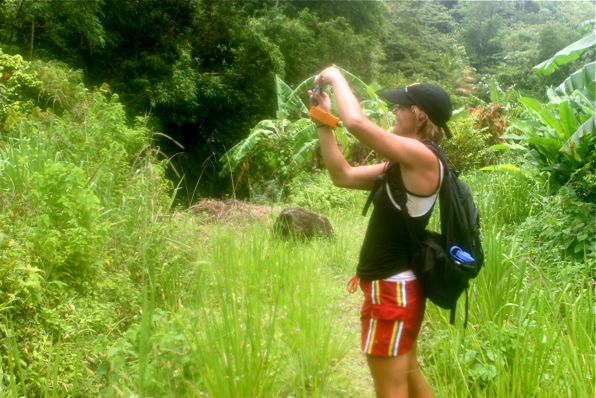 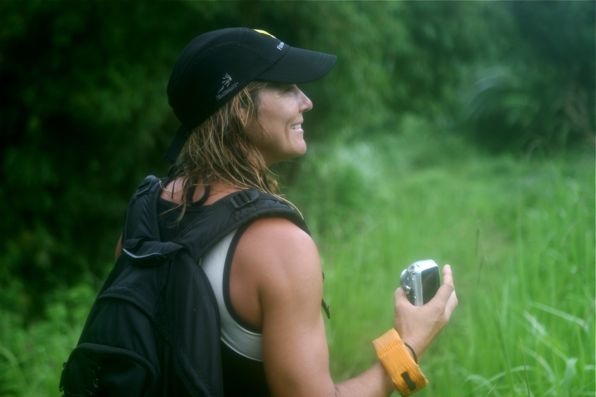 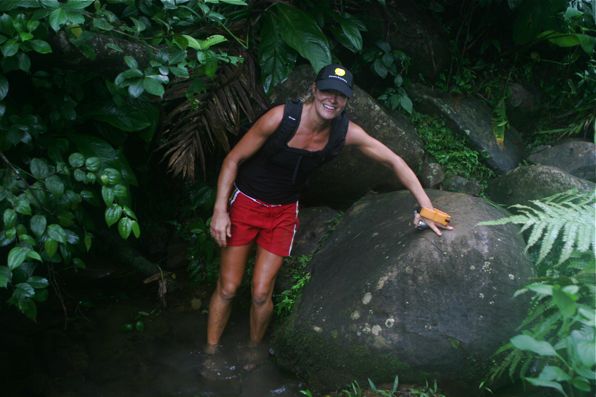 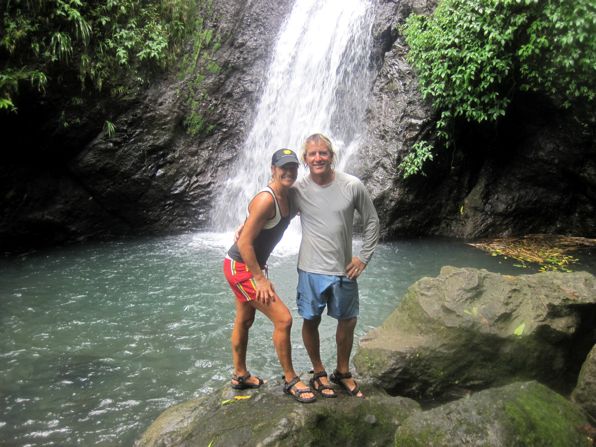 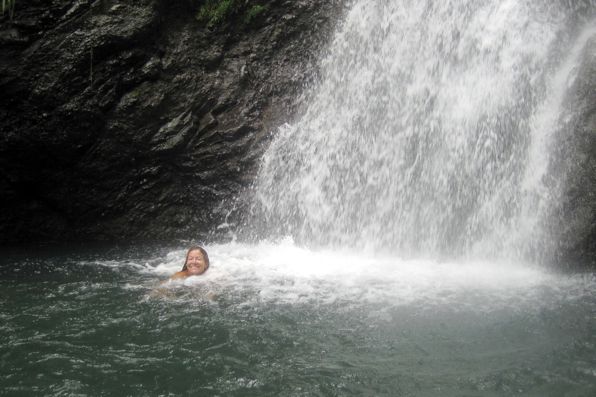 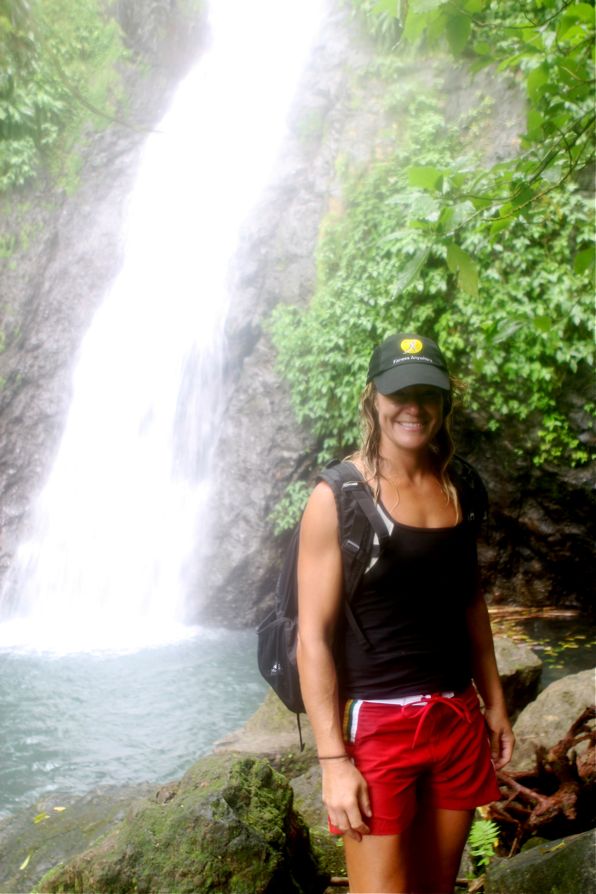 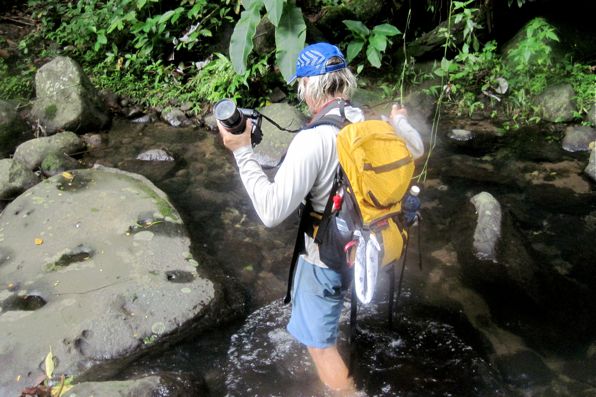 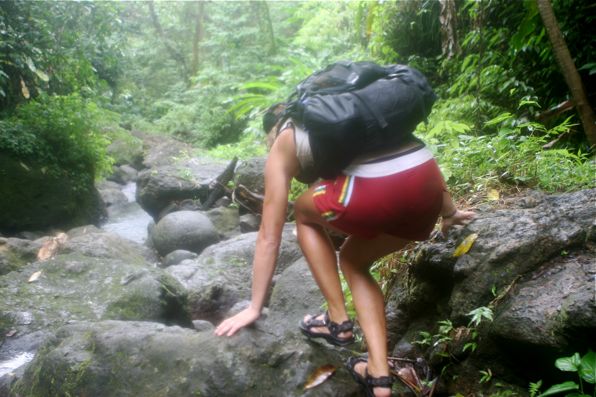 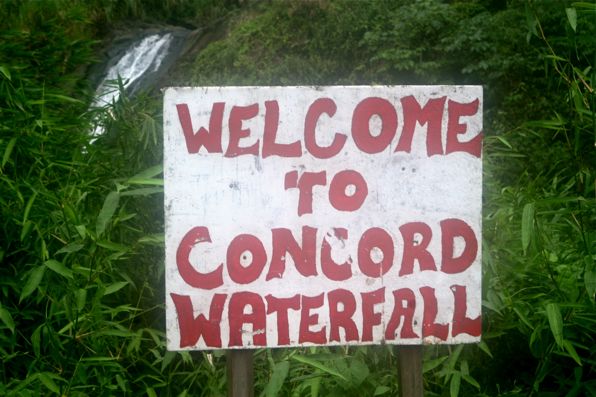 Lower Concord Falls – the “end” of the technical portion of our hike. 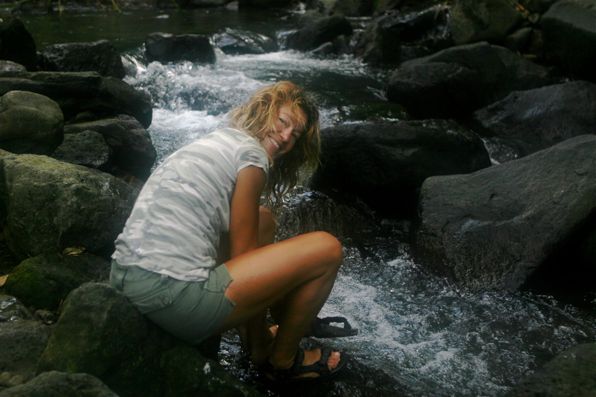 I’m sure the other passengers would be happy to know that we cleaned off in this stream and changed into dry clothes before getting onto the public bus. 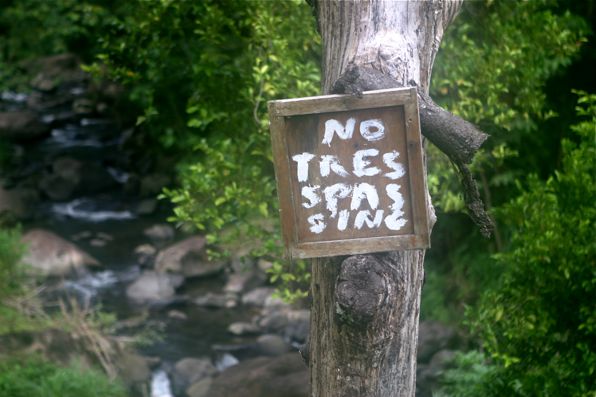