After traveling in foreign countries on a boat since the summer of 2010, dealing with Customs and Immigration officials has become something that we are very used to. While early on in our trip we would often stress about it, we’ve learned that if we follow the rules, the hassle is minimal and everything will be OK.

The biggest challenge has always been dealing with the unknown. If someone could tell us that if you do this, this and this, you’ll be good, life would be easy. Unfortunately, it’s seldom that simple. You might think that I am referring to challenges in the Caribbean, dealing with the “island time” mentality. The truth is though, we experienced this confusion right from the very start of our journey in the United States. 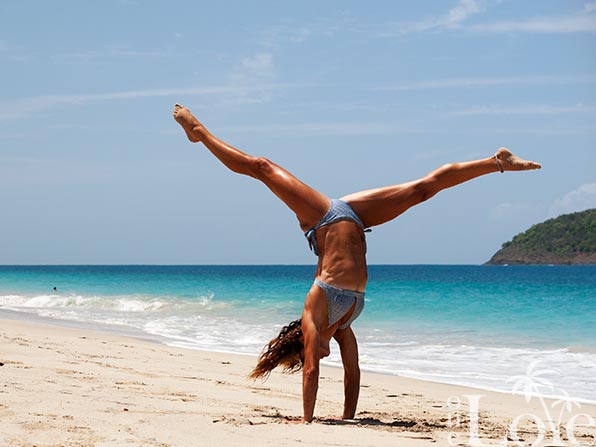 How we sometimes feel when dealing with officials!

While transiting south through the United States, we were told that we needed to phone in to Homeland Security each time we moved to a different port. The problem was, no one could tell us the specific geographic borders of these ports, nor provide us with working telephone numbers to call to check in. Much later on, when we were seeking information about obtaining our US visas to run charters, we also could find little consensus on what to do. Some people said that we didn’t need visas at all while others, even officials, could not agree on which specific visas we required. We were smart in this case in that we listened to our gut and did what we thought was right, and spoke up to the officials to make our understanding of the rules and our desires clear. That has paid off but has not been the end of our challenges.

When we cleared in to the USVI the other day, we were not there to pick up a paid charter but rather to meet up with Michael to take him sailing. While I tried to explain the situation to the officials, they went ahead and cleared us in to the USVI on our C1 visa anyway. The drawback to this is that we are then only allowed 29 days in the US before we have to leave. Normally that would not be an issue if we had a bunch of charters booked but because our next confirmed charter is not until June 5, more than 29 days away, we would now be required to check out of the USVI and then check back in before that time. Oh well, I wasn’t going to fight about it. Our immediate concern was our trip to the Spanish Virgins. We’ll just go to Soper’s Hole and have lunch some day after we get back.

Contrary to what the name may imply, the Spanish Virgins Islands are still an American territory. Even with traveling to another US destination some confusion about the process of Customs and Immigration exists. When we cleared in to the USVI, I was told by the official that I spoke to that we would need to come back to the office to obtain a clearance form before leaving. This is a bit unusual as the USVI do not typically issue clearance forms. You just leave. Following what I was told though, I went back to get said clearance only to be told by a different lady that no, we did not need such a form. When I explained that we were Canadian crew on a BVI flagged vessel and that the other officer told us that we did, she relented and gave us one anyway. Just in case.

When we arrived in Culebra, coincidentally 3 years to the day from the last time we had visited there, we again followed the rules and attempted to phone in to report our arrival. We spent over four hours on the boat working through this, being told not to leave the vessel, only to find out in the end that we’d need to visit the airport the following day to clear in, something that I knew we’d have to do anyway and was prepared to do right away. Oh well.

The three of us made our way to shore yesterday and the walk to the airport was pleasant enough. It was a Sunday morning and in many islands, we would have been lucky to find an official on the scene. We were thus very pleased to find a friendly officer at the airport who was available to see us right away. Even though we had dotted all the Is and crossed all the Ts, the clearance procedure still took an hour! Why so long? Because this officer did not agree with the previous one’s decision to clear us in to the USVI on our C1 visas.

Side story: The friendly officer we spoke to in Culebra asked Rebecca if she was always so quiet. We explained that we have learned not to make unnecessary conversation with Customs and Immigration officials. Rather, we simply answer questions when asked. He said that he had heard of certain officials in other islands being unpleasant and that he felt that he didn’t need to be a jerk to do his job. Amazing! Perhaps he could share that philosophy with some other officers that we’ve had to deal with.

This whole clearance thing is not as black and white as one might assume and when I explained the situation, and the issue with us now being forced to go have lunch in the BVI, he made things right by clearing us in on our tourist visas (yes, we have more than one visa). Because he was able to help with this, we were quite happy to spend that hour in his air-conditioned office. Even after that, we still had plenty of time to rent a jeep and tour the island. As always, it’s work before pleasure. 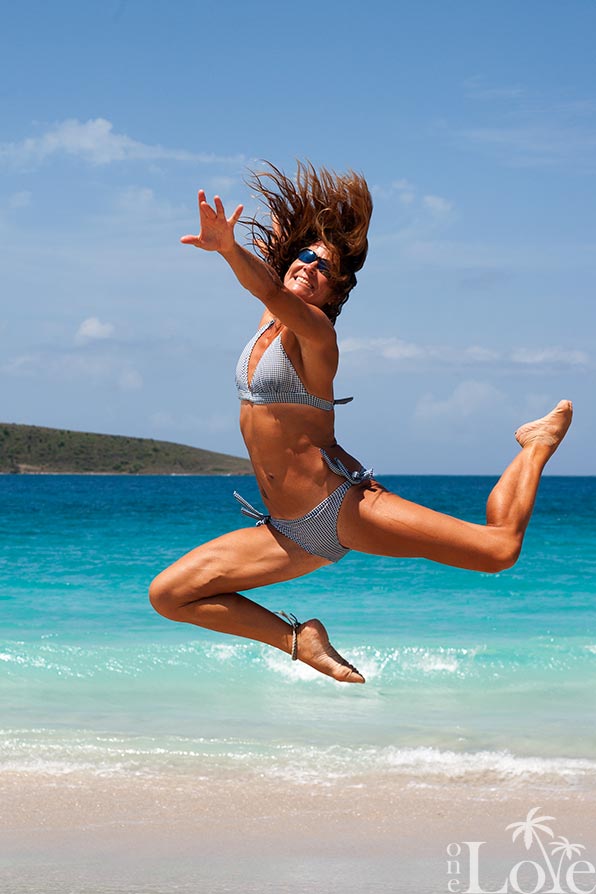 How we feel after we’ve successfully completed the customs and immigration procedure.

A word of advice, if someone tells you that you don’t need to clear in, or can circumvent the rules in some way, do not listen to them! Customs and Immigration officials in every island we have travelled to, and especially the United States, are very serious about their jobs, and can impose serious fines for rule infractions. While I don’t know anyone personally who has had to pay, I know of several who have been threatened with serious fines.