While having a bad ass anchor will help to keep your boat off the rocks, and I’ll go on record to say that our 85 lb. Mantus anchor is very bad ass, if you don’t know how to deploy it, the anchor’s not going to work as well as you would like. Take the following anecdote shared by our friend John:

“There I was, snorkeling along, minding my own business when I come across an anchor (a Rocna, still with the price tag on it) that is on its side and not dug into the sand in the slightest. So I look to see which boat it is attached to and swim across to share my discovery with the owners. Well, Sheila (red ensign with white stars, so her name must be Sheila) glares at me as if I am some demented boat-boy from Dominica* about to board their boat for some light entertainment, including rape & pillage and tells me to mind my own business (my ears were full of water, so perhaps I didn’t hear her correctly) in a manner that you would expect from the mouth of that other Australian, Rodney Rude. I was tempted to reply that since she is Australian, she should be using a Bruce and not a Rocna, but thought it was safer to swim off.”

Anyway, as you can see, even a next-generation anchor like a Rocna won’t set itself in light winds, or if it is dropped at a funny angle. Don’t believe me? Check the before and after pics of our own “big dog.” 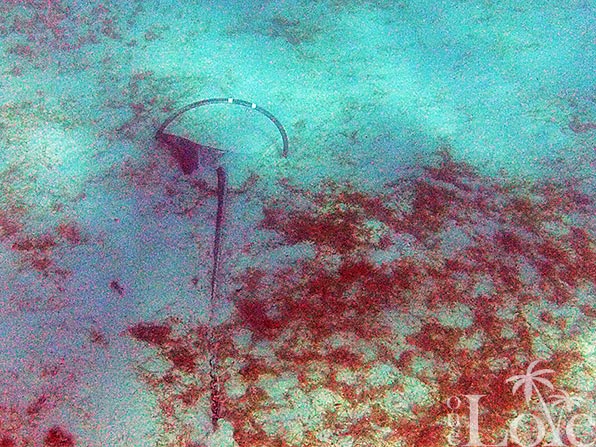 Our anchor two nights ago, before backing down on it. 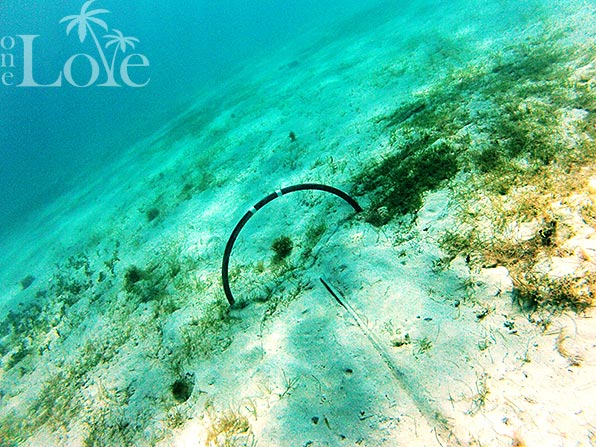 Same spot, after backing down on the anchor. Much better, wouldn’t you agree? 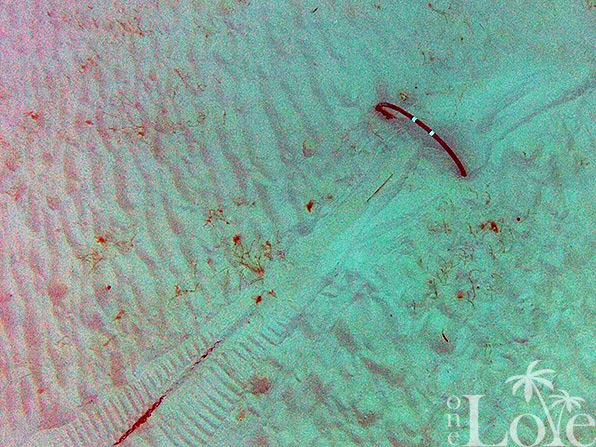 Last night, after setting the anchor, in even better sand.

*Addendum: The boat boys in Dominica are awesome!

OK, that wouldn’t be nice, would it?

Join us on this hike, even if you’re not in Grenada!