The Dismal Swamp ain’t all that dismal

Just after Norfolk, a decision needs to be made on which route to take south: the Virginia Cut or the Dismal Swamp. We had read that many of the faster power boats prefer to take the Virginia Cut route but when the procession of vessels reached the turn off to the Swamp (and there definitely was a whole line of us), many sailboats continued on to that route also. Not us though… the name Dismal Swamp was just too enticing to pass up.

We made the trip from Norfolk, VA to Elizabeth City, NC in two days, stopping our first night at the Dismal Swamp Visitors Center. Prior to departing Canada, we frequently heard stories about how many people we would end up meeting who would be heading south like us. Although we have met a few prior to this time, this is really the first time that I have felt those stories to be true. In the canal we are traveling on, the speed is pretty much fixed, both by multiple no-wake zones and bridge schedules which must be dealt with. It doesn’t make much sense to speed off ahead of the other boats, using a lot more fuel, only to be held up at a bridge and have the rest of the boats end up right by you again anyway. So, because of that, it seems we’re traveling like a bit of a pack. At the visitors center, where we stayed our first night, 12 of these boats ended up rafted together in a dock that could normally only accommodate 3. The word cosy comes to mind. 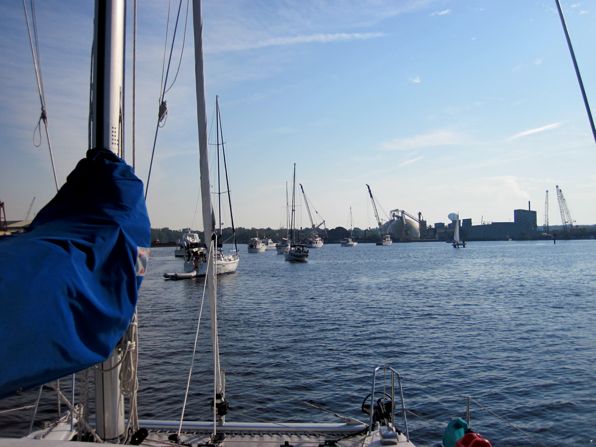 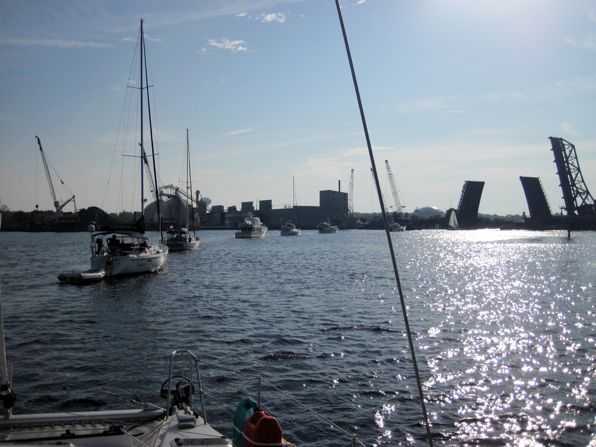 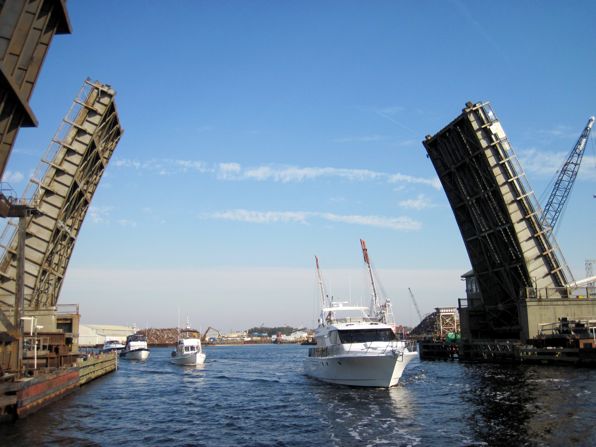 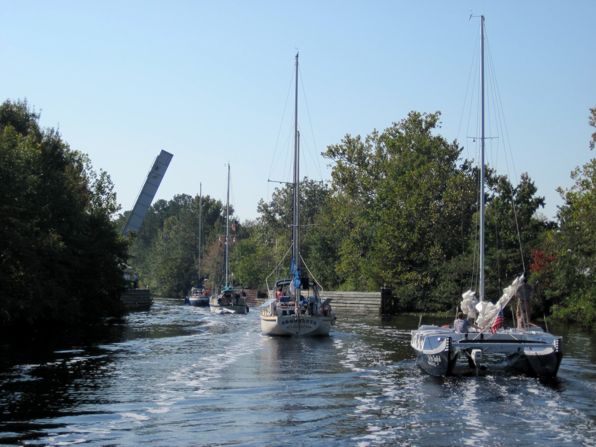 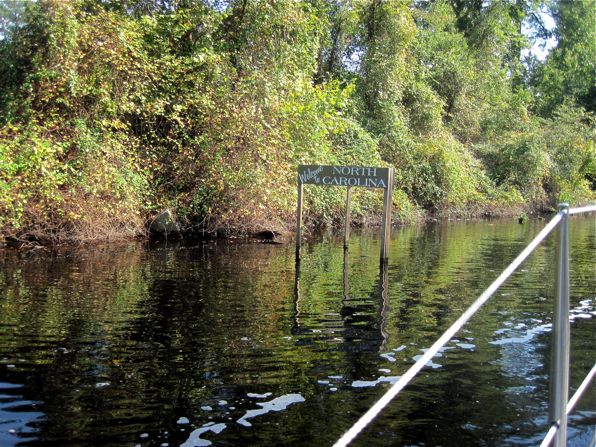 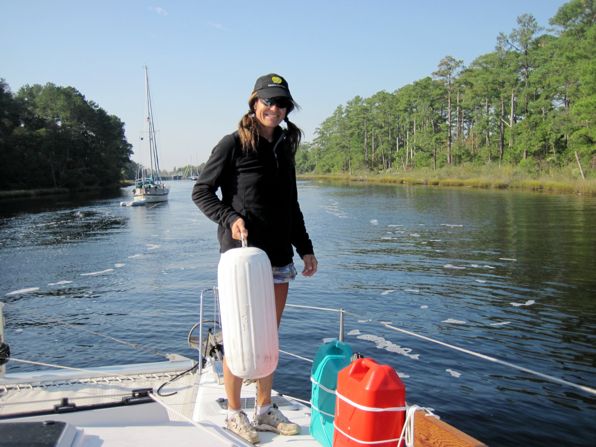 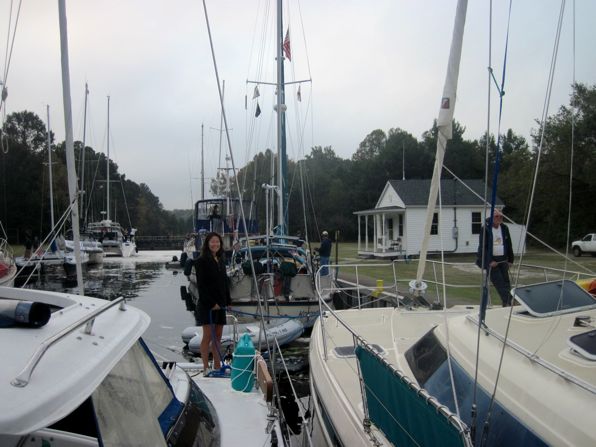 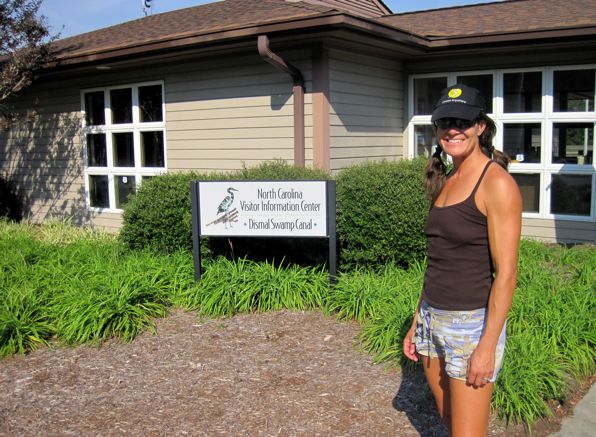 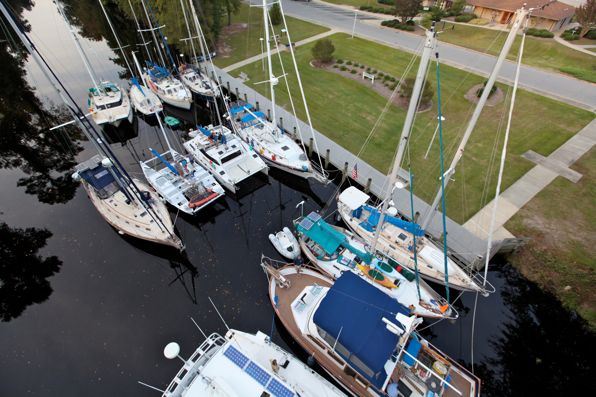 Now tied to a free dock in Elizabeth City, we plan to stay the day to relax a bit and do a bit of provisioning. Elizabeth City bills itself as the “Harbor of Hospitality” and they take that moniker seriously. They offer 48 hours free dockage and host a free wine and cheese party for boaters every evening. The local grocery store will even come to pick you up here at Mariner’s Wharf to take you to and from their store! For free!!!

To get an idea of the number of boats here, check out their webcam. Our boat is a bit difficult to see in that image but we’re pretty much in the center, at the top of all the other boats.

I’d also like to offer a special shout-out to Terry and Jenn who live in the area and after following our blog, made a drive over here to meet up with us. I’d also like to thank Bill and Ana on the m/v Knot Tide Down for passing along a Florida chart book to us. That will be very helpful guys and we really appreciate it! 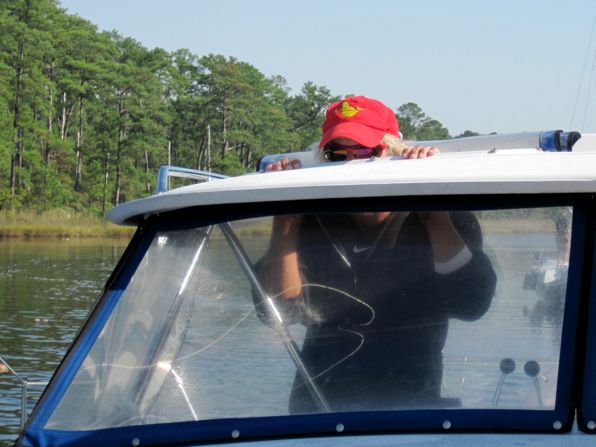 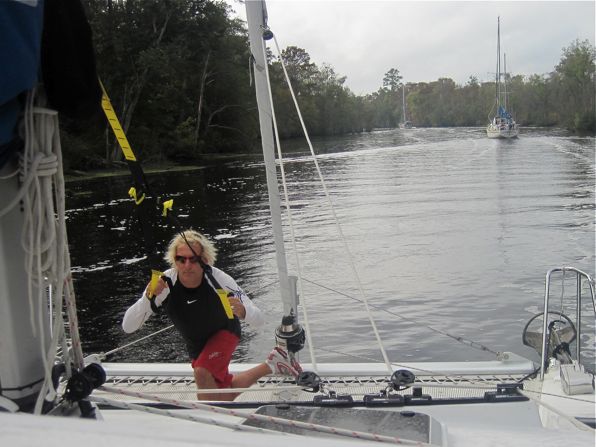 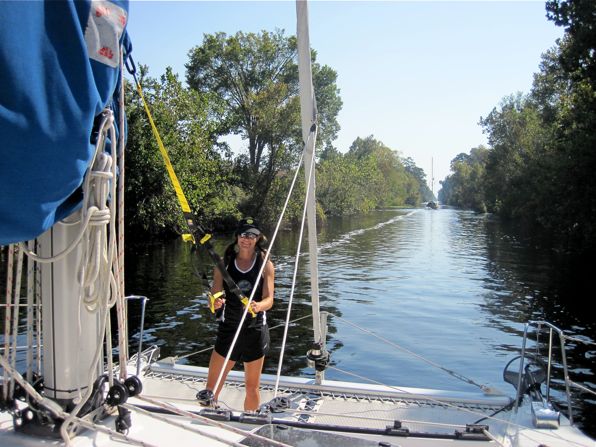 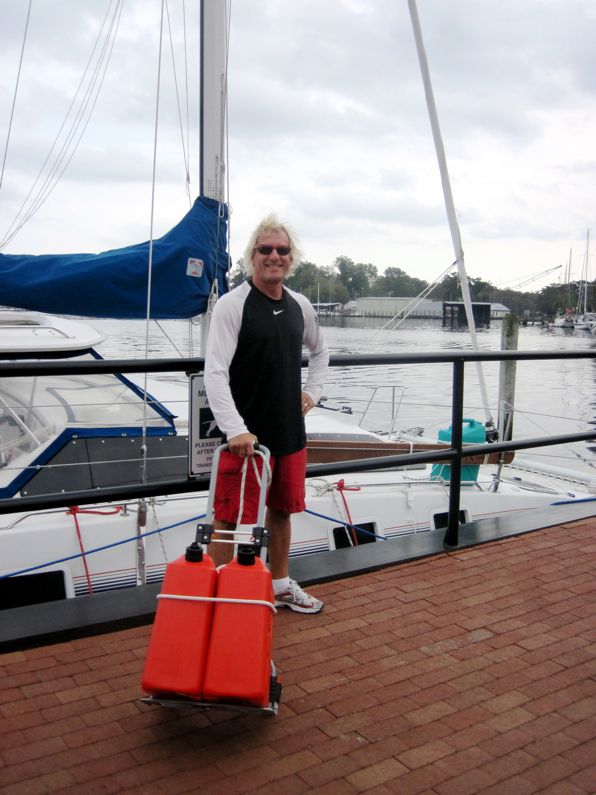 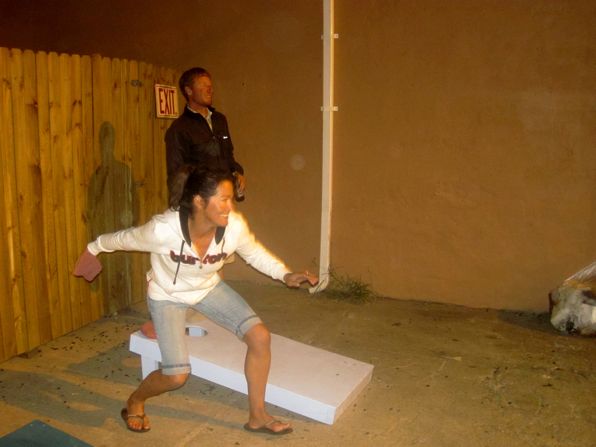 There has to be a better way!