Your concerns are noted, and appreciated!

I guess we should take it as a good thing that certain friends have voiced concerns for our wellbeing. After all, it’s comforting to know that there are people out there who actually care about us. On the other hand, it’s funny to hear how some folks still seem doubtful about our efforts (we hear these things through the grapevine, never directly). We experienced this first 8 years ago when we made public our plans to go cruising, but seems even more funny now considering all that we’ve managed to work our way through, both on and off the water. Oh well. 🙂

Our planned departure is less than 48 hours away. On Thursday morning, after a hardy breakfast, we’ll point our bikes south, and ride up the long, steep hill that we’ve climbed dozens of times already. We have our first three nights’ stopping places already mapped out, and rather than trying to wild camp or book ourselves into an expensive hotel, we’ll be taking advantage of the hospitality of two different Warmshowers hosts, and one contact from our Facebook page.

The last of our gear packages arrived this morning, and in it was a puffy, down-filled jacket for Rebecca (mine arrived last week). It seems strange to think that warm clothes will be needed given that we’re heading to the desert, but nights and early mornings can get chilly, as evidenced by this morning where we woke to a damp fog instead of sunshine. 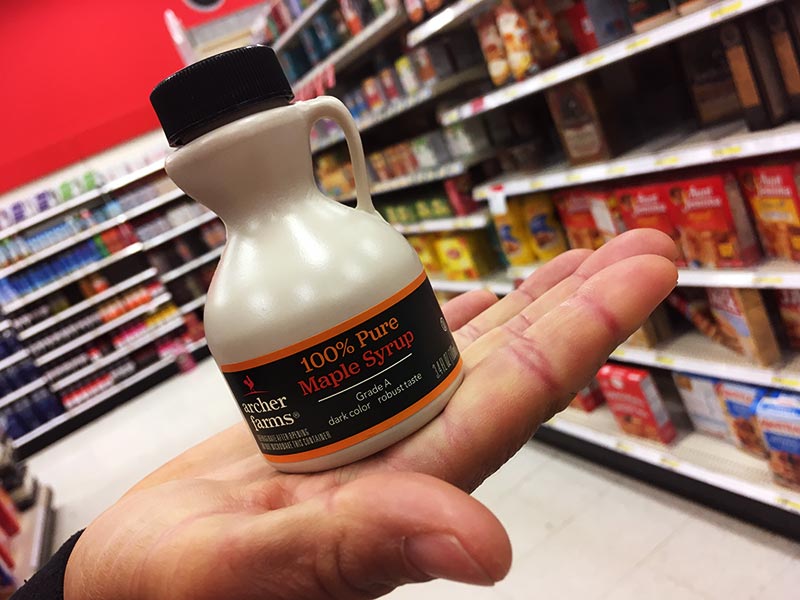 We plan ahead… bikepacking-sized maple syrup!

Along with dozens of other last-minute odds and ends, Rebecca has taken it upon herself to attempt to trace the Baja Divide route – the track that we’ll be following once we cross the Mexican border – onto the National Geographic maps that we purchased. It’s unlikely that we’ll have nice paper maps for all of our travels but for this section, where re-supply points can be days apart, we though that having them as a backup would be a nice touch. Hopefully this kind of prudent thinking will appease some of our friends’ and family’s concerns.

We made it to La Paz, but are not done yet!

Where do we plan to ride?