WTF were they thinking?

Upon arriving in Bequia on Monday, we dropped the hook just off beautiful Princess Margaret Beach. This is the same place that we anchored last year alongside our friends on Ainulindale and One White Tree. It’s a scenic spot with a beautiful beach, clear water and a sandy bottom. It is not without its issues though. 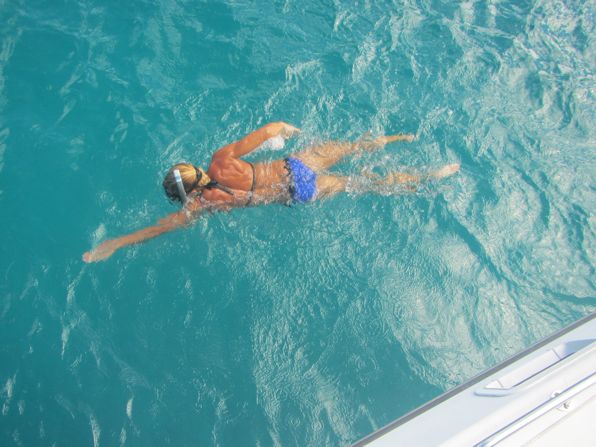 Rebecca swimming out to check the anchor. Yes, the water really is that color.

When we had posted that we were planning on heading to Trinidad, many people cautioned us to remain vigilant about security. If one was to peruse the Safety and Security postings on Noonsite though, they’d find many more recent references about Bequia than they would about Trinidad, or many other islands for that matter. In fact, in the very spot that we were anchored, a sailor was shot earlier this year after some guys tried to board his boat. Does that make us stay away? No, but it definitely does make us pay attention!

As we relaxed after dinner on Monday evening, we heard a boat approaching with a strange rattling sound. Rebecca and our cat went out on deck to investigate and were met with a couple of guys at our stern in a completely unlit pirogue. I say a couple but the truth is that she couldn’t even see how many people were in the boat, it was that dark. Apparently they wanted to serenade us with Christmas carols and thought that their approach without any lights would be well received. It was not, and after throwing on some shorts, I quickly put the run on them. We all wished each other Merry Christmas and they went off to the next boat to try the same schtick, shaking their maraca as they went. Completely innocent? Almost assuredly, but WTF were they thinking?

With no more mystery carolers to keep us up, we had a pleasant night’s sleep. We awoke, however, to 25 knot gusts of wind and an uncomfortable swell, conditions that we were not expecting. We could have just remained where we were and hoped that the wind and seas would abate but given the weather forecast, the previous night’s incident and the warnings on Noonsite to avoid anchoring in that spot altogether, we opted to move to the other side of the bay. It may not be quite as scenic where we are now but it is definitely more protected, and perhaps more secure, both things we place a high priority on. 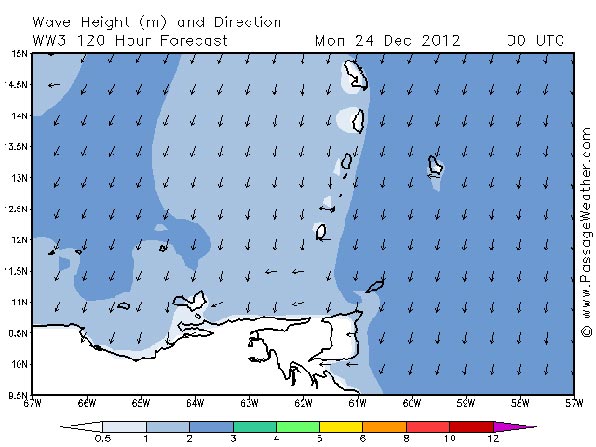 The anchorage by Princess Margaret Beach will not be comfortable when this swell arrives! 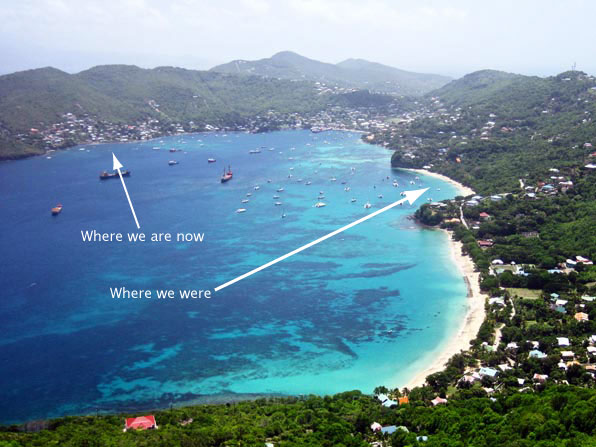