As spectacular as our initial docking attempt at the marina was, in a don’t-do-it-like-this kind of way, our exit was entirely uneventful, in spite of being tightly sandwiched in between a couple of other boats. It’s amazing what two fully-functioning engines can do for you. Anyone observing might have actually got the impression that we knew what we were doing. 😉

Yesterday’s weather was beautiful and the water was calmer than we’ve seen it in a long time. As we were only traveling a few miles up the coast, we let the engines and the autopilot do the work while we enjoyed the fresh air and freedom of being back out in the open water.

There are two bays nearby the Underwater Statue Park, Flamingo Bay, where we stayed the very first night we arrived in Grenada, and Dragon Bay, which is a bit closer to the dive site. There are also numerous mooring balls right around the park area. We opted to take one of those but what we didn’t know was which color balls we should be taking, the red ones or the white ones. With a 50/50 chance of getting it right, we selected a red one but in short order, we were set straight by one of the friendly park rangers who directed us to move our boat to a white ball, leaving the red ones for dive boats. No problem. Casting off from a mooring ball and picking up a new one is a lot less work than picking up anchor and moving.

As our 2009/2010 guide book strangely makes no mention of the statue park at all, let alone what the fees are for mooring balls which weren’t even installed there at that time, we basically had to wait and see how much the rangers asked for. As it turned out, the fee to use one of the balls is 10.00 US per day, which we happily paid (anchoring is now prohibited in the park area). I should point out that, outside of a few dive boats which came and went, we had the entire place to ourselves!

Was our trip to the Underwater Statue Park worthwhile? Check out the pics and you tell me? 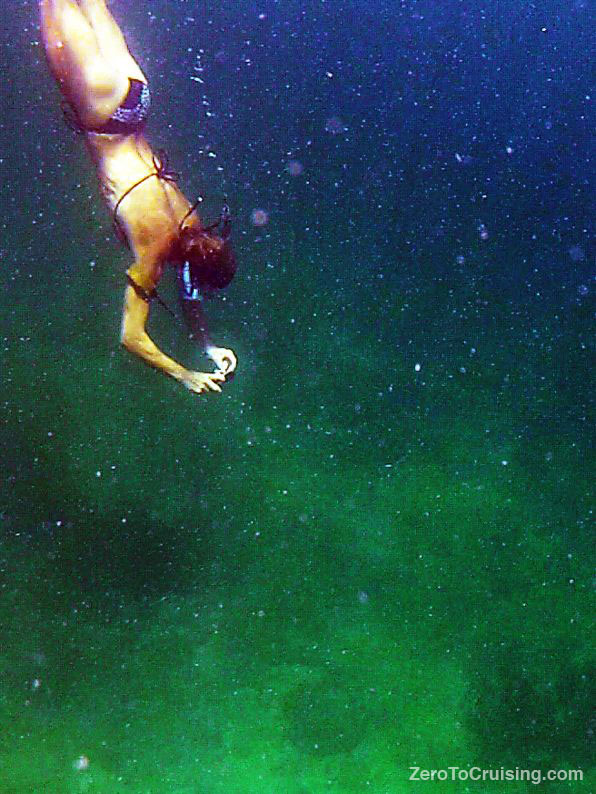 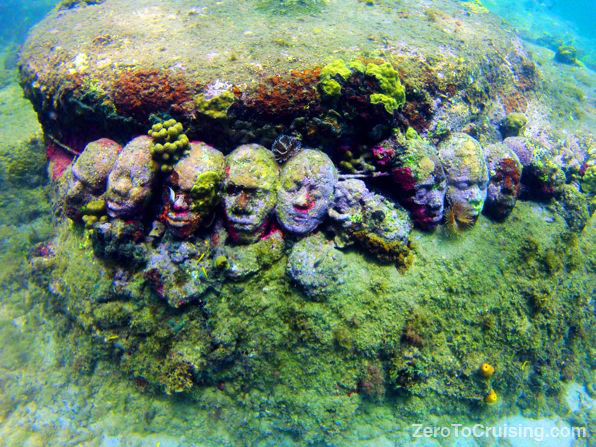 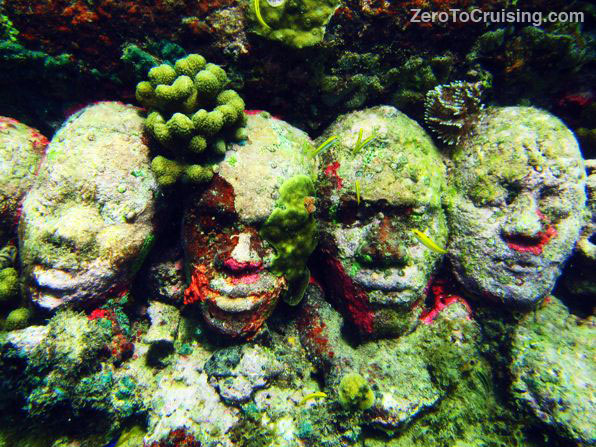 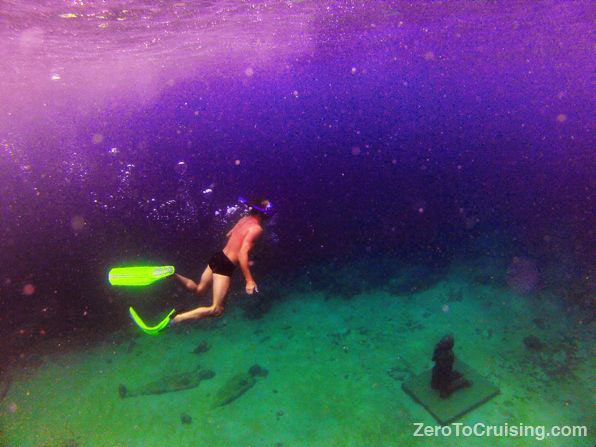 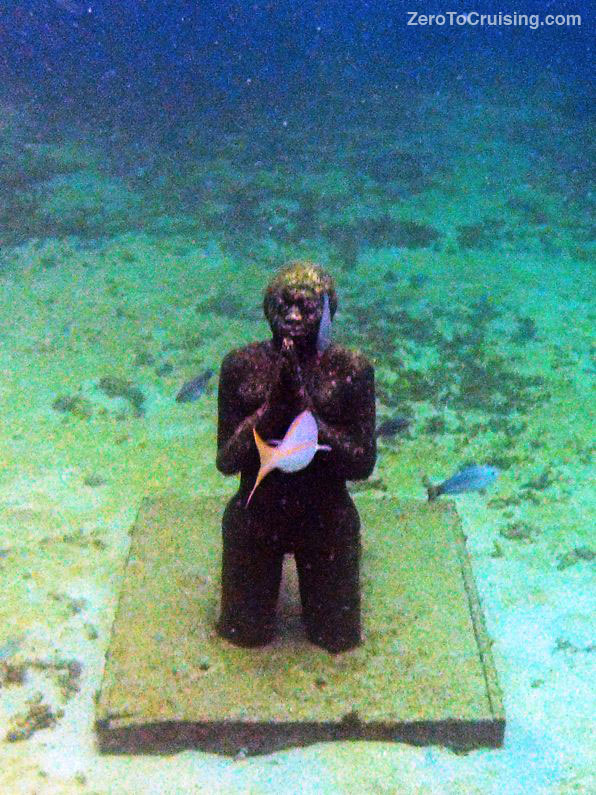 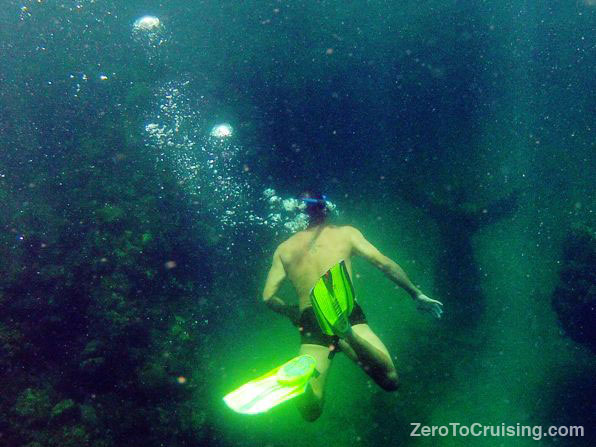 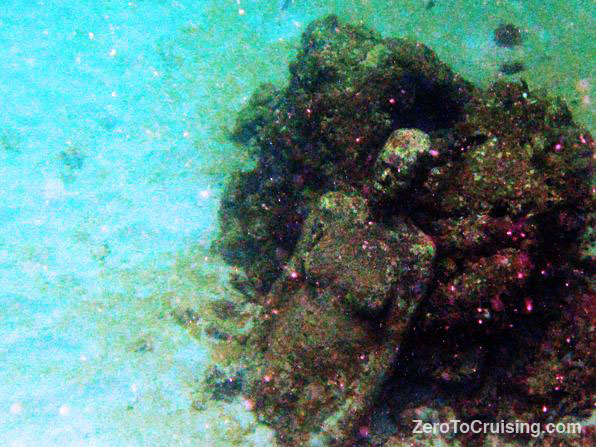 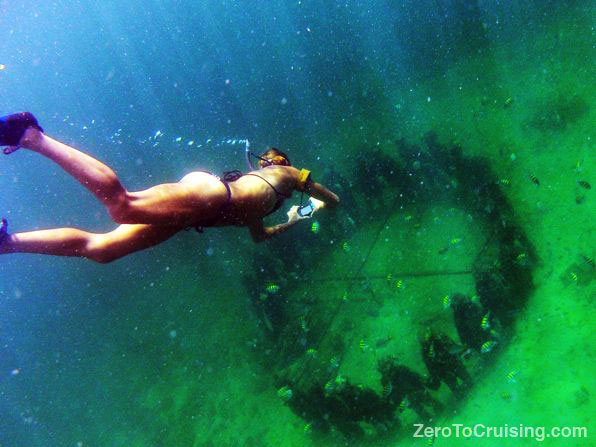 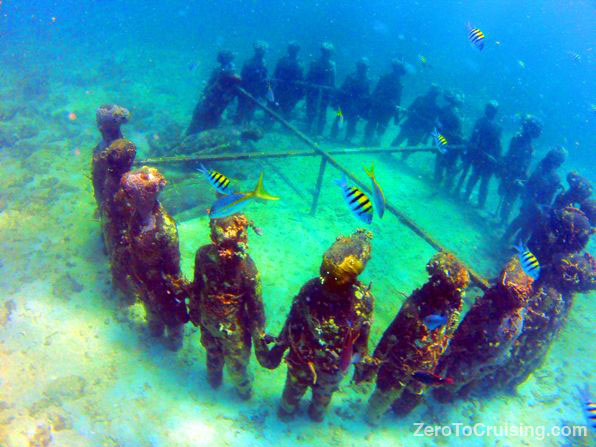 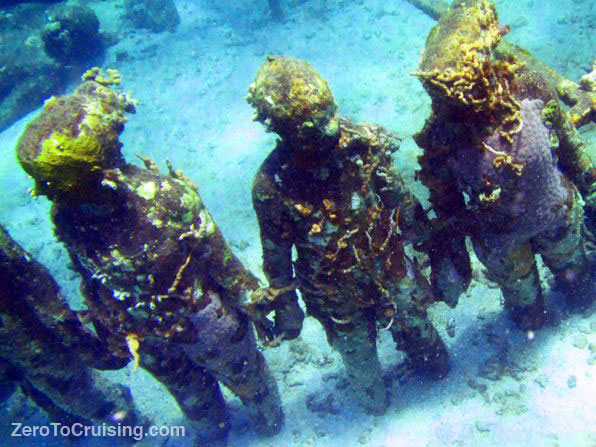 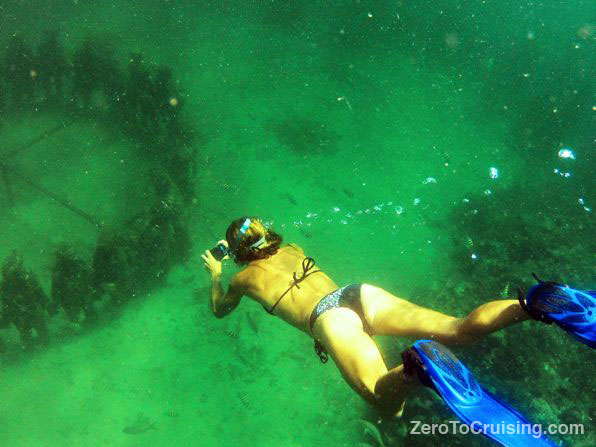 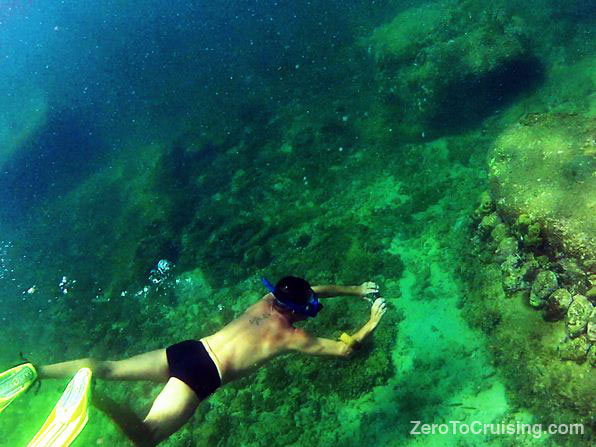 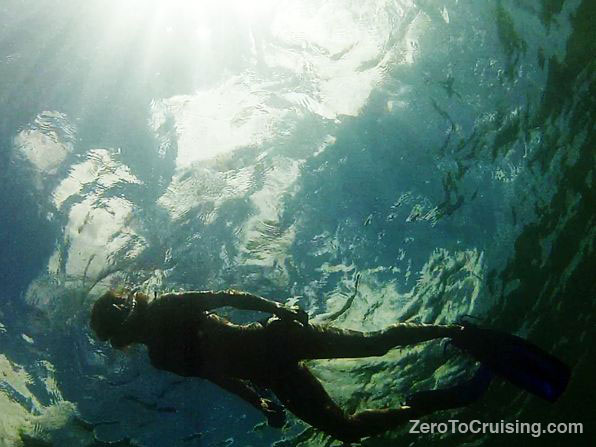 Stuck in the lagoon

I wouldn’t have believed it

Genius (yes, I am easily impressed)