Tied safely (for the time being) at Kirk and Donna’s house we are, like everyone else in the area, paying close attention to the weather. We do have some time to kill though and thus, with a borrowed car, we’ll be exploring Annapolis. We received an advanced tour last evening when Kirk and Donna drove us into the city. We visited their yacht club, Eastport Yacht Club, for drinks and dinner and were able to see the end of the Wednesday evening races. That racing looks pretty serious!

By the way, in case you are curious why other “slightly crazy” people might want to head out cruising, check out the interview featuring our host on Beth and Evan’s Blog. I like his answer! 🙂 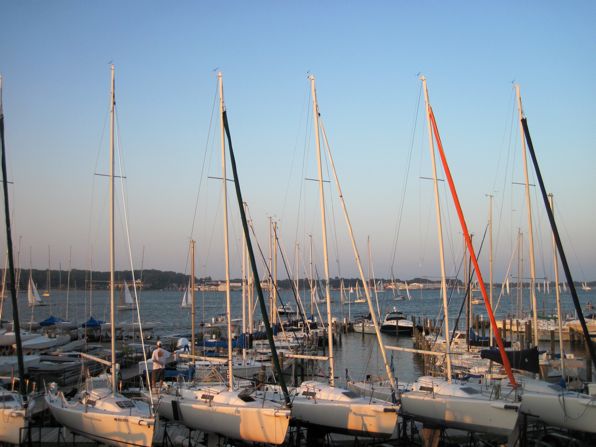 Watching the races from the yacht club’s terrace. 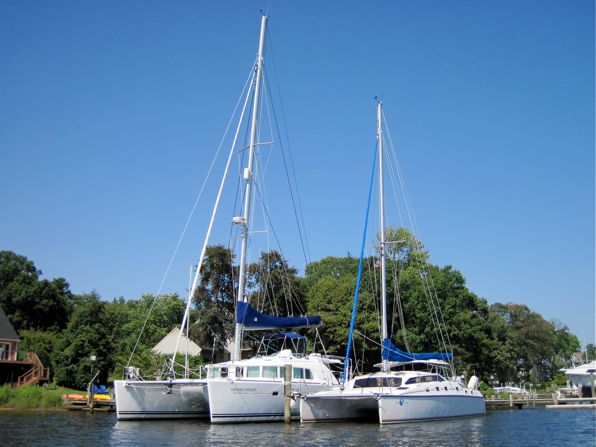 So close we can taste it.