When I say mega, I mean MEGA!

The short trip to St. Barth’s from Fork Island was pleasant and we soon found ourselves navigating around a huge number of mega yachts at anchor in Gustavia. When I say mega, I mean MEGA, helicopters on deck included. When we made it to the area where the “poor folk’s” boats lie, we had a bit of an issue finding a place to anchor. The bays not only have a huge number of boats but also have a ton of mooring balls to complicate the process of selecting a spot. After working at it for a while though, we finally found a relatively open area, although in much deeper water than we typically prefer. We’re not going to bump into anyone though so it will have to do.

After making sure the boat was settled, our first task was to clear customs at the Port Authority. This is where the French Islands really have it going on. The office had several computer terminals and in self-serve fashion, you simply type in all of your own info, print off the completed document and then bring it to the desk. The two gentlemen working at the office were pleasant and cleared us in promptly. The only downside to the whole procedure is that vessels are required to pay to anchor in Gustavia. In our case, with a little boat, it is 9.50 Euros per day! OUCH. We did pay for a few days but will be looking to move to one of the other anchorages on the island ASAP. Sadly there really aren’t that many. Now that we’re all legal though, we’re looking forward to doing some exploring. 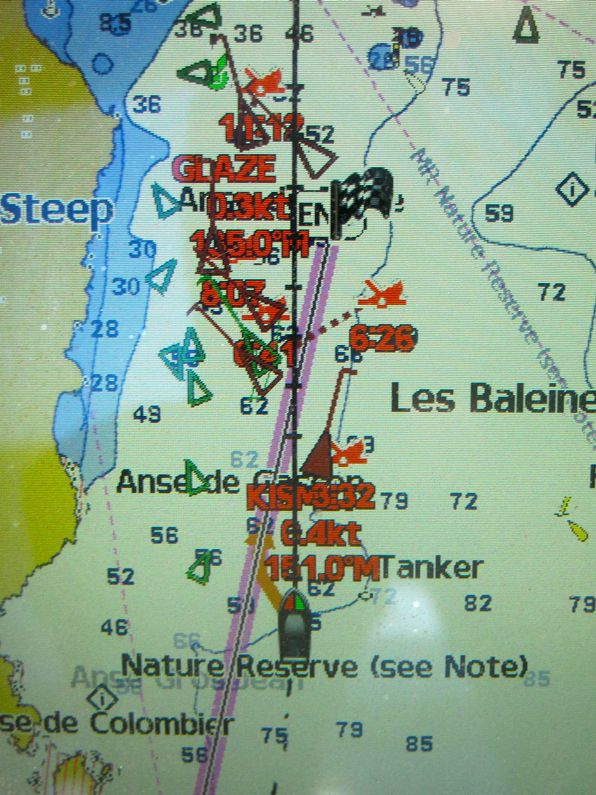 Yes, just about all those AIS hits are Mega Yachts. 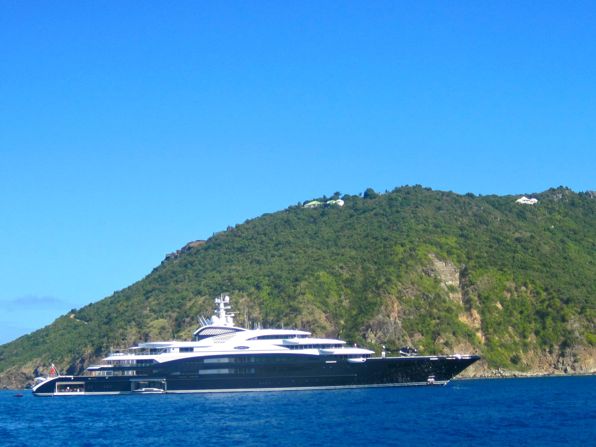 And yes, that is a helicopter on this boat’s bow. 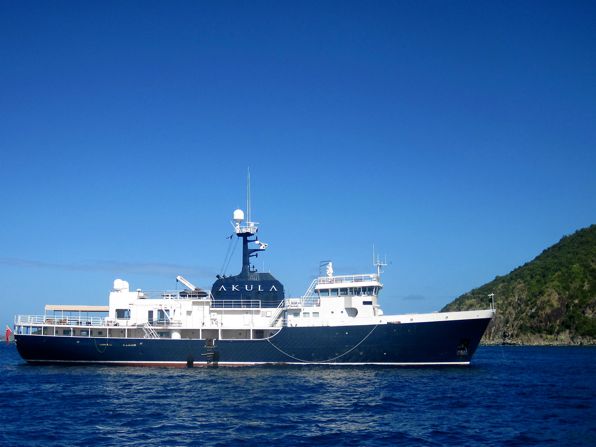 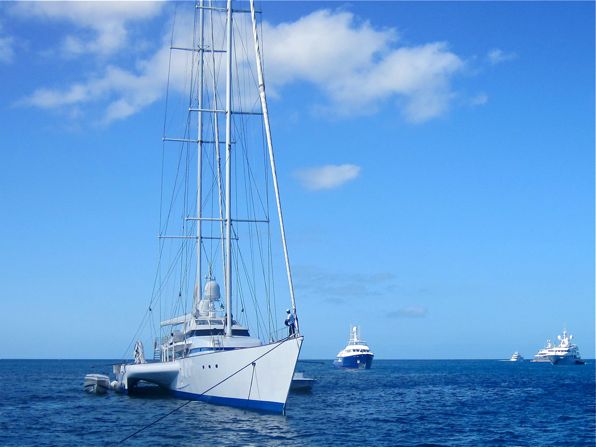 One of the strangest that we have seen. A staysail schooner trimaran? 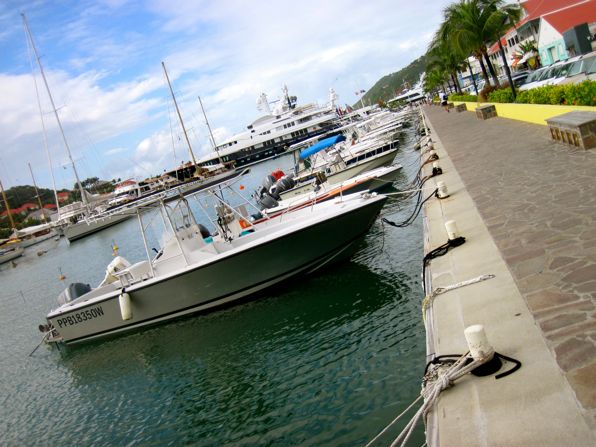 The marina, where we went to check in, is quite nice with excellent dinghy docks! 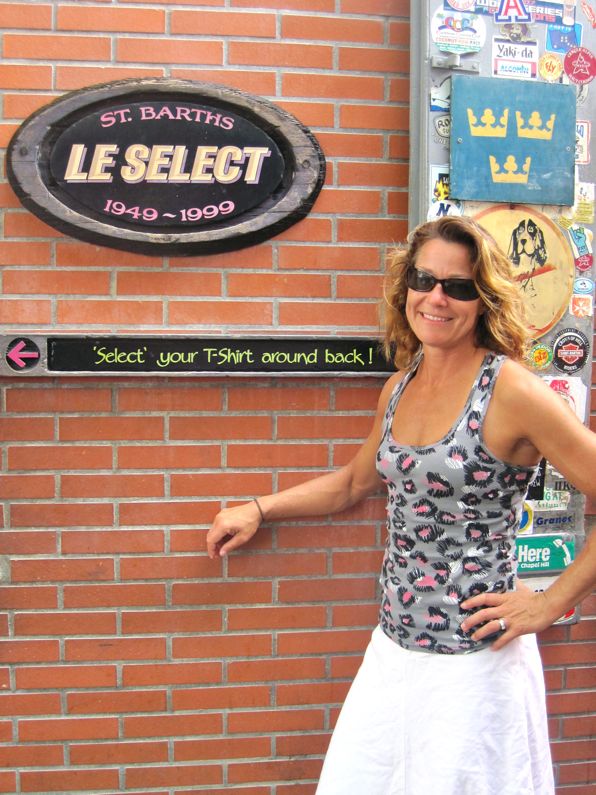 At our friend Carl’s suggestion, we made it to Le Select after checking in to St. Barth’s. 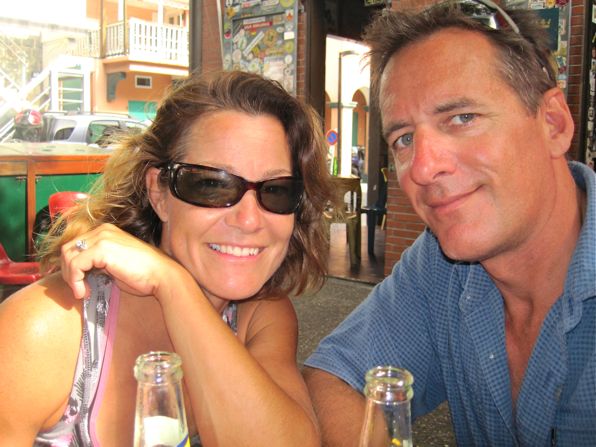 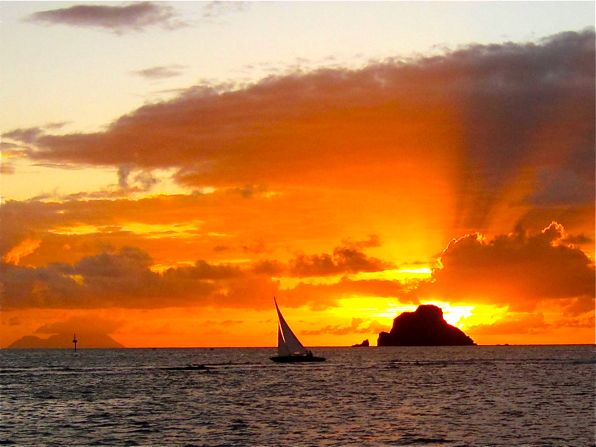 As usual, we were treated to a spectacular sunset.

What’s life without a little struggle?