There comes a time when a cruiser’s “battlefield” repair skills are no longer up to the task of dealing with a problem and professional help must be sought. We had pretty much reached that point with our port engine.

What did I do prior to reaching the seek-help stage?

All of that and still no love. Sigh.

Our friend Kirk came over the next day and even though I had changed both of the plugs, he checked and felt that we were getting no spark. As any mechanic will tell you, you need fuel, spark and air to make an engine run. While I was assuming that fuel was the culprit, he felt that it was spark that we were lacking. If that were so, seeking help was required even more. 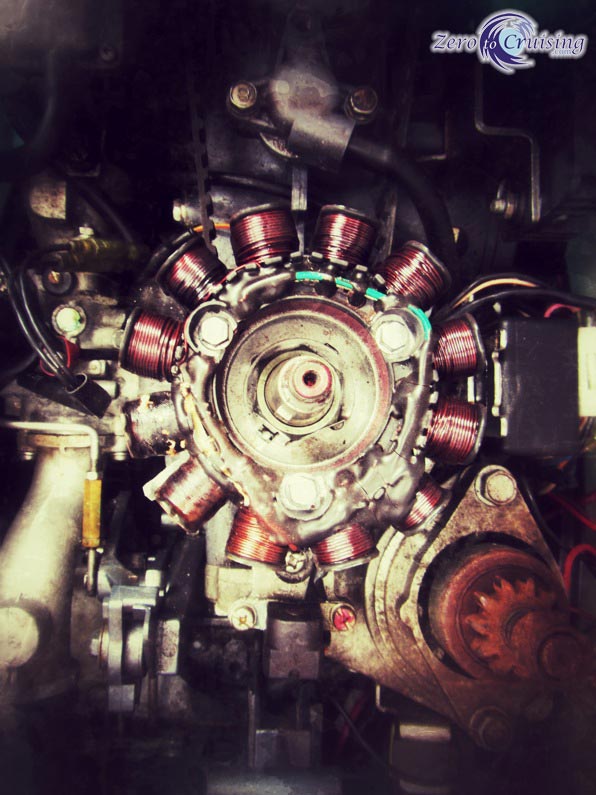 When Rebecca and I were in Basseterre the other day, walking along the docks at Port Zante Marina, I saw 4 guys having a conversation at the back of a boat. A couple were sitting in a skiff with a big Yamaha engine on it. I stopped to ask them if they knew anyone who could fix Yamaha outboards. One answered “yeah, this guy,” pointing to his friend. After a brief conversation, I took down the guy’s name, Alfie, and number, and made plans to hook up with him in two days.

In my recent post about hashing, I talked about making friends. One of the people that we met at the hash is named David and he owns Indigo Yachts here in St. Kitts. There are a number of sleek looking day charter cats in operation on the island and it’s David’s company that builds them. David had told me that if I needed anything on the island to just give him a call. Wanting to hear his opinion of who we should speak to, immediately after leaving the guys on the dock, I called him and explained our engine woes. Without hesitation he said “the guy you want to speak to is named Alfie…”

Working under the assumption that there is only one mechanic named Alfie in the area, I now felt more confident that we were going to be in good hands. 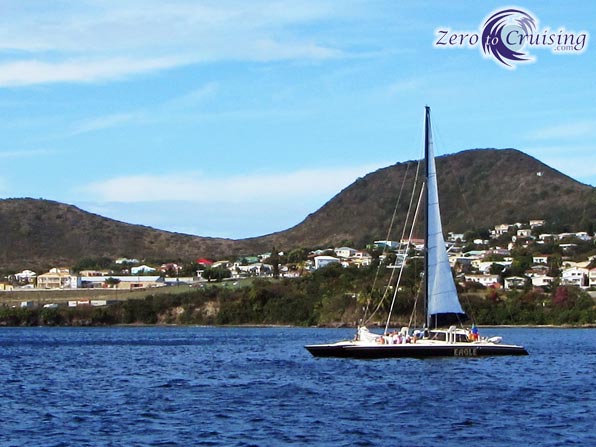 Eagle, one of the cats from Indigo Yachts.

Yesterday, we moved our boat back to Basseterre from White House Bay. We have come to realize just how poorly our boat maneuvers with only one engine. With the port engine not working, making a tight turn to starboard was extremely tough. Because of this lack of maneuverability, we opted to anchor outside of the main harbor, on the east side of the cruise ship dock. While this made for a longer ride to pick up Alfie initially, unbeknownst to us, we were actually anchoring much closer to his shop. This would pay dividends as we had to run back to his shop several times to pick up tools.

As soon as Alfie began troubleshooting the engine, I could tell that he was no amatuer. He shared with us that he had travelled to Trinidad to go to school to learn his trade and that frequently he has even more work on the island than he can handle.

Upon confirming that yes, we were not getting any spark from the plugs, he set about testing other pieces of the engine. When he suggested that the stator might be bad, news that might have made less-prepared cruisers cry, we surprised him by breaking out a brand new stator from our spares kit. In addition to that, we also had a brand new CDI unit, the computer which controls the electrical functions in the engine. There are spares which, having been recommended by our old friend Jeff, we have been carrying with us since before we left Florida. While I’m not super happy with having to use them, I’m also glad we didn’t spend all that money for nothing either.

Alfie proceeded to swap both of those parts and while he did so, I paid very close attention. The most difficult part of the entire job was dealing with the engine in the close confines of the engine well. Once the electrical parts were substituted, the engine fired up as it should, almost. Unfortunately, there now appeared to be a fuel issue. Various bits of troubleshooting continued from this point, ultimately requiring Alfie to remove the carb and check it himself. After cleaning it seemingly no more thoroughly than I did, he replaced it and all was well. Apparently there must have been some minute obstruction in the idle jet as, prior to his service, the engine would run at high revs but not at idle. Now it works as it should.

While I hate to spend money on a job that I could do myself, and in fact, I won’t, in this case I justify the very fair fee that Alfie charged us for his service as a learning expense. I watched what he did very closely and in the future, were I armed with the proper tools and parts, I just might be able to duplicate the process myself. Might.

Huge thanks to Alfie for his assistance yesterday. He’s a very cool guy and if you need an engine pro on St. Kitts, he is most definitely your man. Thanks also to David from Indigo Yachts for his help in organizing the repair. We really appreciate the support. 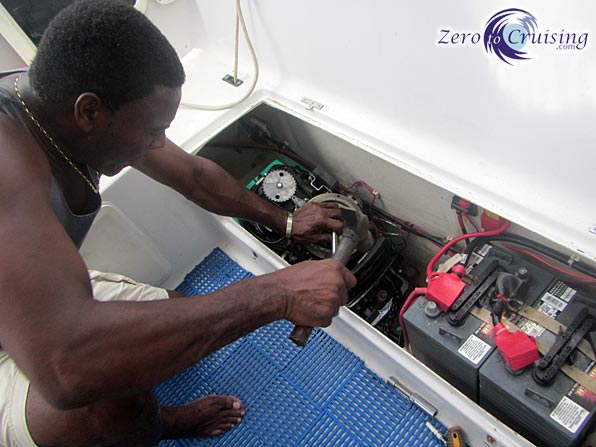 Doesn’t everyone fix their engine with a hammer? 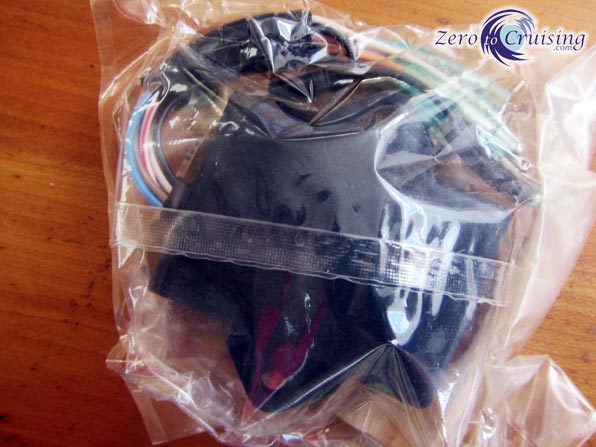 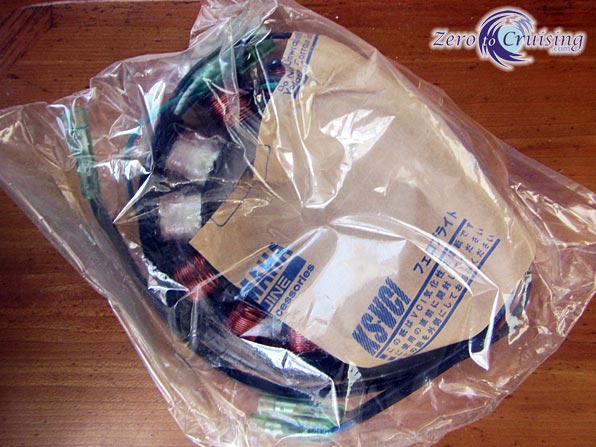 …and a brand new stator. 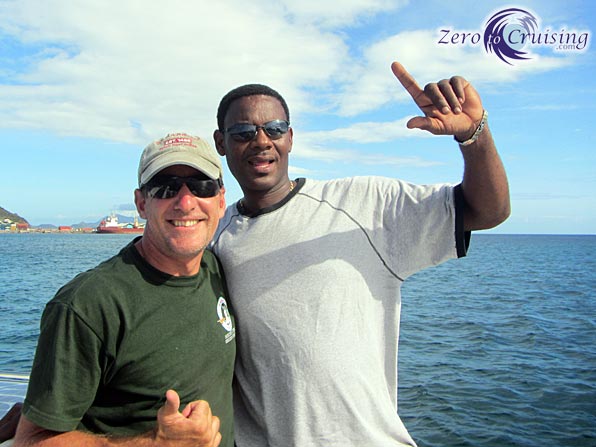 Success. After enjoying a nice cold celebratory beer, Alfie had to rush off to another job!

Returning to land after a sabbatical

Had to go swimming anyway