When Rebecca and I moved back to Canada 1 month ago, we had no real plan for where we’d ultimately live or what we would end up doing. We have always contended though that when the time came for us to work again, we would just figure something out. Well, now we have a plan. In a couple of weeks, we’ll be relocating from Fernie to Lake Country to begin new positions that we accepted over the weekend.

We play together nicely

There are not too many couples that can say they have lived, worked, and played together 24-7 for a decade and a half. Rebecca and I would be among those who can though. Having been separated for periods of time the last few weeks while Rebecca went to work and I sat pondering life (and other much less cerebral stuff), we both had a chance to reflect on that. Is being together so much a good thing or a bad thing? Do we still enjoy our time together or did we relish the separation? The answer was obvious to both of us… we work best as a team and feed off one another’s energy. It’s for this reason that when an opportunity arose to once again work together as a couple, we jumped at the chance.

A huge bonus to moving

This past weekend, Rebecca and I traveled to Kelowna to complete the second of two interviews for a new job. In conjunction with that, we were able to reconnect with our old cruising friends, Kevin and Dena. To say that we were stoked to be able to do so would be a huge understatement! We spent a lot of time sailing with this crazy couple but haven’t seen them in years since they ended their sabbatical to return to life in Canada. As expected, we shared laughs and stories as if we had only been apart weeks instead of years. In my opinion, good friendships are like that. To be living near them will be a huge bonus for us. 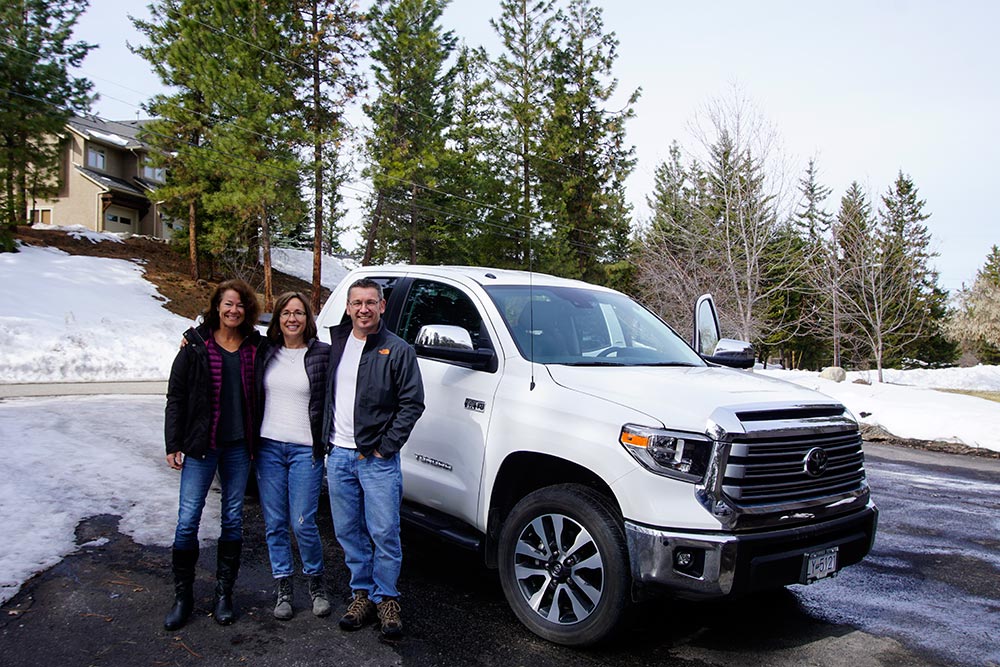 Kevin and Dena outside their beautiful Kelowna home.

So tell us already… what’s the new job?

The position we applied for, and ultimately accepted, is that of caretakers for Tween Lakes Resort, a members-owned-and-operated property on Kalamalka Lake. We’ll be living on site year round and from all indications, will be quite busy during the operating season. The only sad part about our taking on this new role is that we’ll be leaving our family behind, something that, over the past month, we’ve grown quite accustomed to. They’ll just have to come to visit us in the summertime, right? 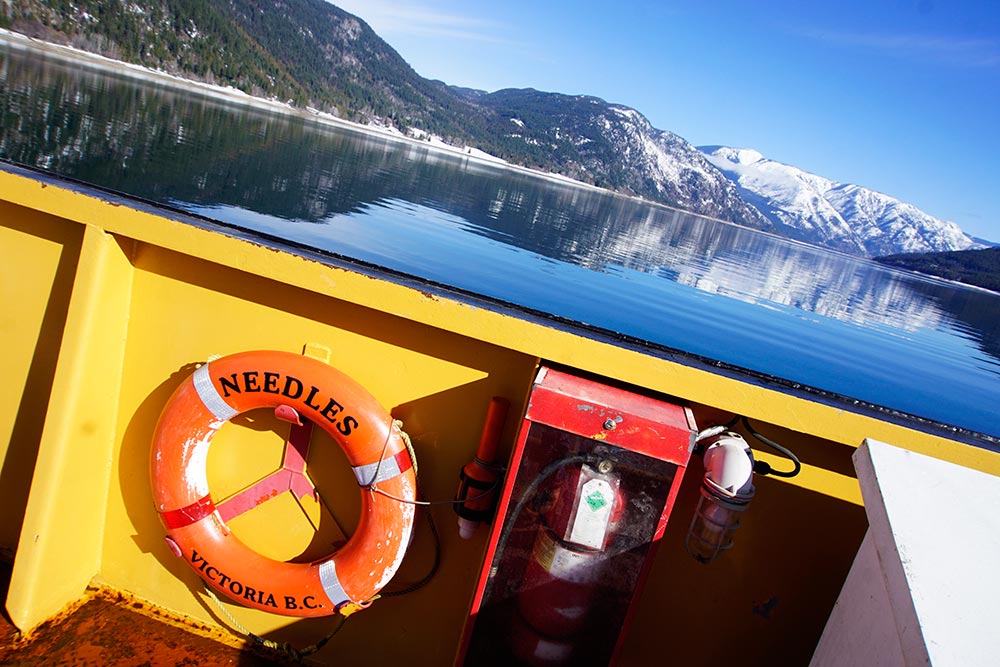 The view from the needles ferry while driving from Nelson to Kelowna.

Note that like a moth to a flame, we are once again drawn to the water. 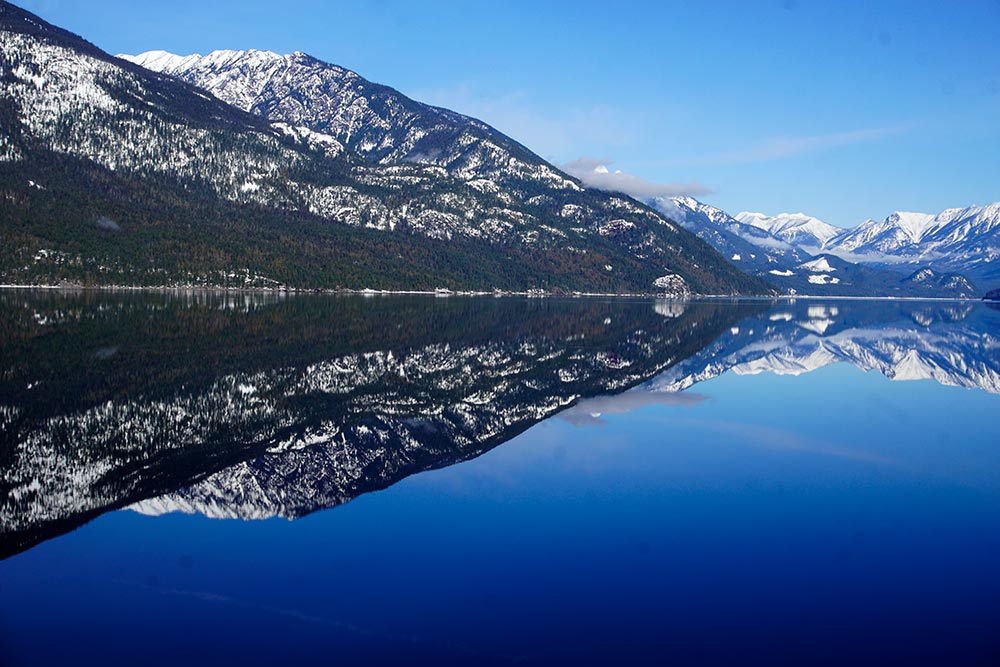 It’s hard to tell the sky from the water!

In the meantime, for the next week or so at least, the two of us will be playing house, dog and fish sitters as Russ, Deb, and the kids are enjoying a spring break vacation in Hawaii. They’ll no doubt be enjoying some beach time today while we’re here contending with another 6 inches of snow that fell overnight! Does that sound fair? 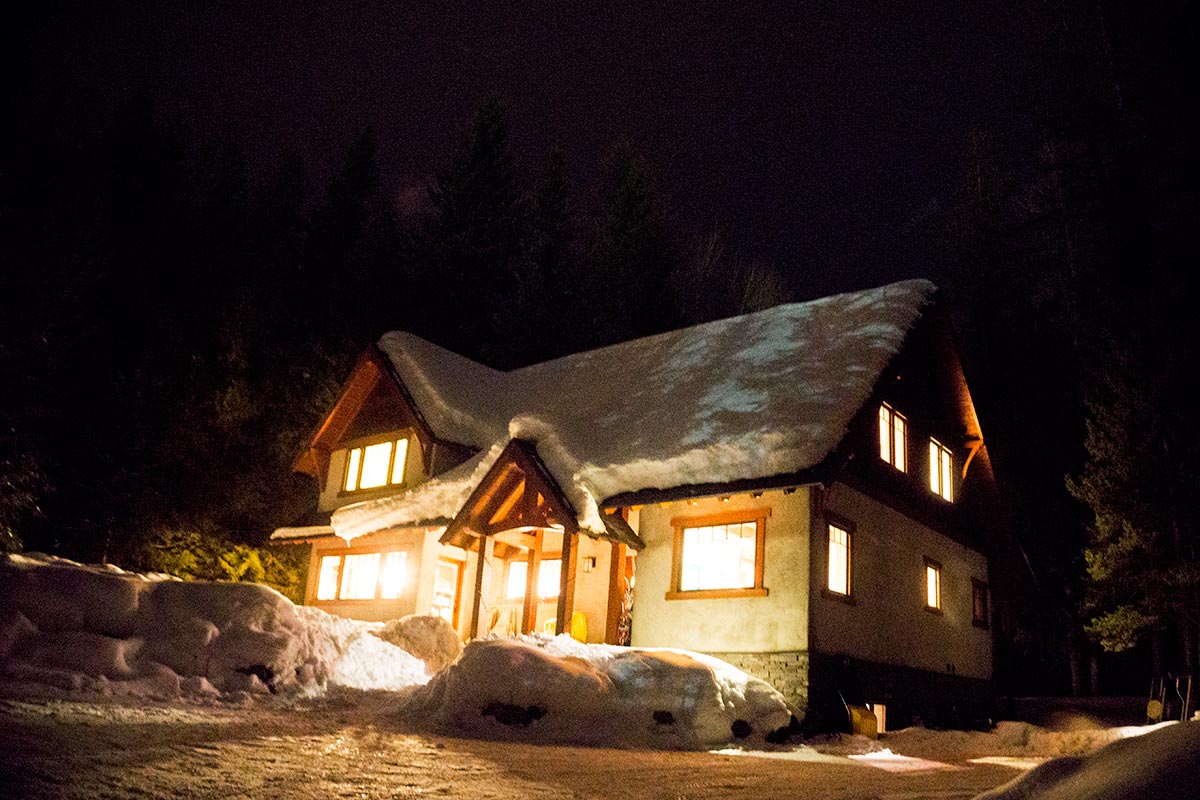 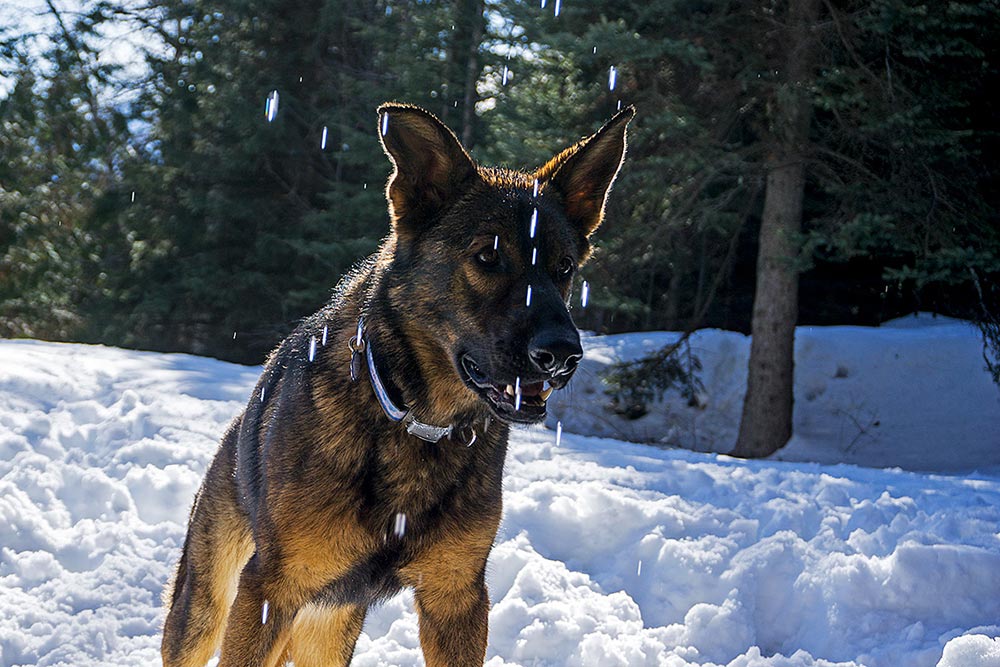 Alright, we give up… we’ll stay.