Well, that isn’t exactly true but we did have just about everything else in the forecast. More on that in a moment.

We set off yesterday from Presqu’ile towards Waupoos for our longest sail ever. What turned out to be a ten hour sail for us took us quite far out into Lake Ontario. In fact, after we pulled away from our sailing companions, we only saw two other vessels, both large ships (we saw them on our chartplotter’s AIS display before we could see them on the horizon). 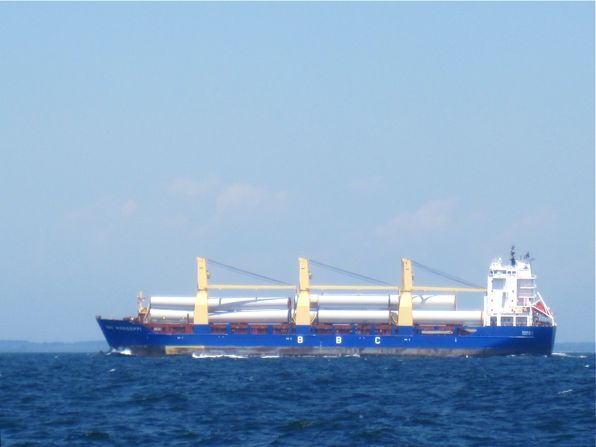 The British Broadcasting Corporation has ships?

We were aware that there was a strong wind warning in effect when we set out but as they were only calling for 20 knots and from a favorable direction, we decided to head out anyway. The winds turned out to be excellent for the most part but the waves were much larger than we had experienced to date. We were making such good speed that we were leaving our friends behind so we decided to reef both our main and genoa to slow us down a bit. As it turns out, our friends cheated and took a much more direct route close to shore, ultimately beating us to our destination. Bastards!

Anyway, while on the water, committed, we repeatedly hear the following on the VHF weather radio: Strong wind warning, severe thunderstorm warning, squall warning, tornado warnings! No, there was no snow or hail forecast, but you never know! The clouds continued to grow increasingly menacing but with the winds and waves having dropped to a more manageable level, we shook out the reefs to pick our speed back up so that we could get back to shore before the storms hit. 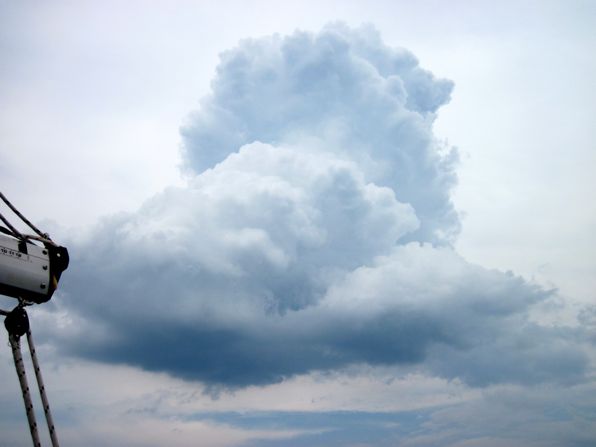 This cloud has “evil” written all over it!

After rounding the last corner, the sky was looking pretty ominous and with the wind now on the nose, we dropped all sails and fired up the engines. Shortly after that we were bashing into the waves with wind gusts nearing 30 knots. 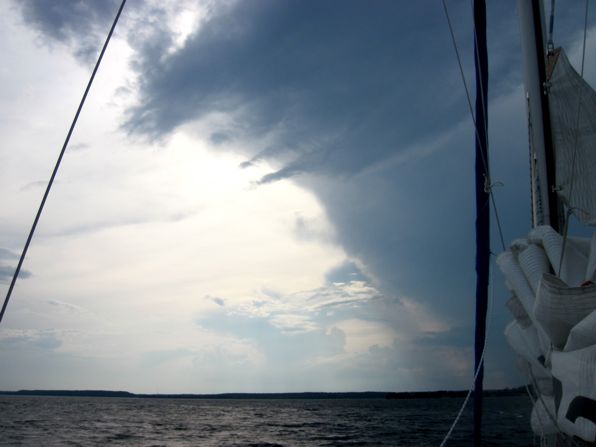 More bad clouds. Note that the sails are now down. Our destination is the land ahead.

Ten hours after departing we were all tired but safely anchored in Waupoos enjoying another beautiful sunset on the water. What a great day! 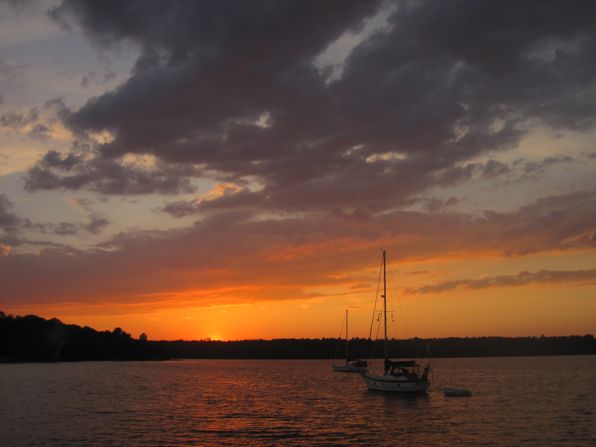 Pirate Jenny at anchor with a nice sunset in the background.

Note: Outside of some wind gusts we managed to dodge all of that bad weather. Phew!

It can only get better

You could do it too!

If you’re not the lead dog…