On July 31st, 2010, we set sail from Collins Bay Marina in Kingston, Ontario and for the entire 314 days that we’ve been out, our only absolute destination was to get to Grenada for Hurricane Season. Well, we made it. Yesterday, after a beautiful sail (not motor sail, but sail!) we arrived in Grenada and only a few days after the official start of the windy season, June 1st.

We had plotted routes down to the southeastern coast of Grenada where we’ll likely make our base for the next little while but while on route, decided instead pull in to an anchorage a bit farther up the coast to enjoy the day. Both Flamingo Bay, and Dragon Bay beside it, are listed in the Doyle cruising guide as nice anchorages with decent snorkeling. In other words, perfect places to stop. Minutes after arriving and setting our anchor though, we were visited by “rangers” CJ and Cesil who politely informed us that the entire area was now a marine park and that instead of anchoring, we would need to take one of the mooring balls along the shore (there were signs along the shore that said this, but we didn’t get close enough to read them). “Would there be a charge” I asked? CJ must have been misinformed because he smiled and said no, because yesterday was my birthday, there would be no charge. He actually went on to explain that the park designation is quite new and a fee structure has not yet been established. Also, because this info has not yet made it into the cruising guides, there is still a lot of confusion. No problem for us, we just picked up our anchor and grabbed a mooring. We were happy to see that when we dove on the mooring, it was nice and beefy and in excellent condition.

Although we won’t visit there now, just offshore from here is what looks to be a very cool snorkeling/diving site with a number of underwater sculptures. We definitely plan to come back and explore this place, perhaps after we get our SCUBA certification.

This morning we got in the water and scrubbed the boat’s bottom and are now under sail towards the Hog Island anchorage about 11-12 miles away. We were concerned that we might not have enough wind to sail. Apparently those concerns were unnecessary because we’re smoking along under reefed main and jib doing an average of 8 knots SOG. Nice! 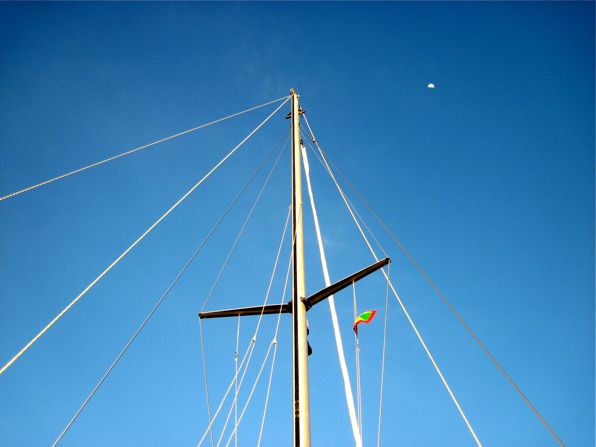 Strangely, the sky all above us was blue and cloud free… 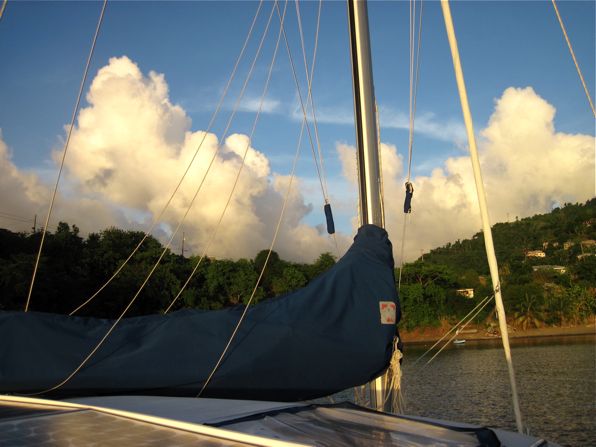 but we still felt rain, apparently from these clouds over top of the nearby hill. Weird. 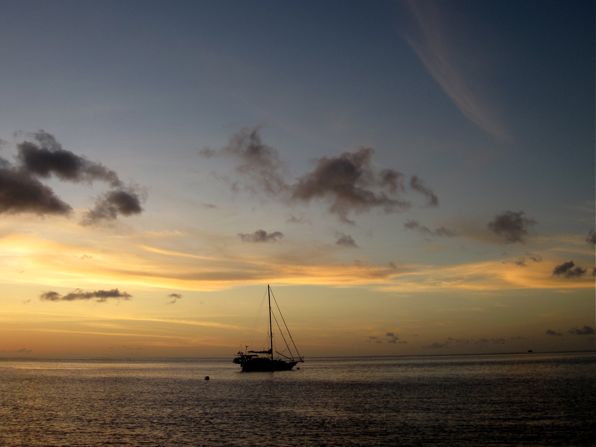 S/V Highheeled, from Hamilton, Ontario. We first met them back in Carriacou. 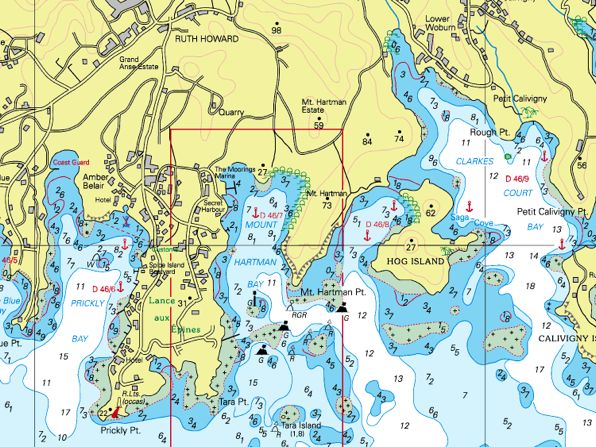 There appears to be numerous excellent anchorages along the southeastern coast of Grenada!

All I wanted for Christmas