I don’t know about you but I for one do not like paying to go see a sad movie! My idea of escapism involves either crazy action or stupid comedy. It was the latter I was hoping for when Rebecca and I went to see the recently released animated movie Up. Although there certainly were some funny parts to the movie I felt the overall plot was quite sad. Wikipedia describes the basic plot as follows:

Carl Fredricksen is a shy 8 year-old boy who meets an outgoing and rather eccentric girl named Ellie and discovers they share the same interest in adventures as their hero, famed explorer Charles Muntz. Ellie expresses her desire to move her clubhouse to Paradise Falls in South America, a promise she makes Carl keep. Carl and Ellie marry and grow old together in the old house where they first met while making a living as a toy balloon vendor and a zookeeper respectively. Unable to have children, they also try to save up for the trip to Paradise Falls but other financial obligations arise. Just as they seem to finally be able to take their trip, Ellie dies of old age, leaving Carl living alone, becoming sour and missing his wife terribly.

Although some comedic parts do ensue as the movie goes on I find the basics of the movie sad, mostly because so many people live that same life! They spend their lives dreaming of their own Paradise Falls but things always get in the way. Sad. 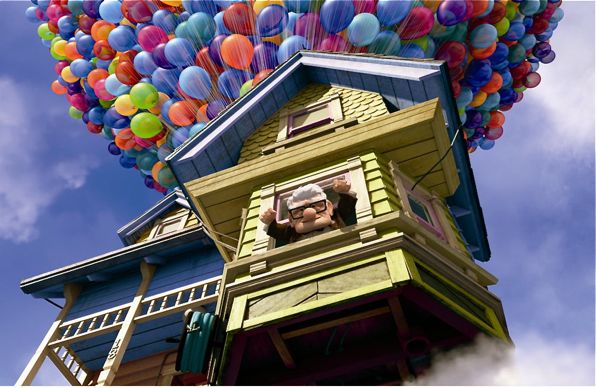 Tomorrow we are going to share some wine with Jennifer and Al who will be taking off for their own adventure just after we bring our boat to Kingston. Perhaps we can live vicariously through their journey for the next year or so.

Trash: Not quite out of sight, out of mind for cruisers

Slacking off with friends

You can call me Ray…