The unfortunate decline of our favorite anchorage

Anchorages can be desirable to cruisers, or undesirable, for a variety of reasons. Sometimes the factors that draw us to a spot are naturally occurring, like reefs that can block an uncomfortable ocean swell, or a sandy beach to play on. Man-made things, like convenient stores, or fun restaurants and bars, may also attract us. The same natural and man-made categories could also be used to describe what makes an anchorage unsuitable to us. A lack of natural protection is most often a deal breaker, especially for long-term stay. Frequent petty crime, noisy development, and smelly factories will also cause us to stay away. Change is a fact of life, of course. Sometimes places improve over time. Conversely, certain spots that were once on our go-to list have slid down the desirability scale. Sadly, Hog Island, here in Grenada, is one such example.

Long-time readers might be aware that we spent almost our entire first season in Grenada anchored in virtually the same spot, just off Hog Island. At the time, the Hog Island anchorage was considered by many to be THE spot. The reefs surrounding the bay make it comfortable when many of the other anchorages are near untenable, and the atmosphere of having so many cruisers nearby was great. Almost daily, friends would meet on the beach to cool off in the water, discuss boats and current events, and share an end-of-the day beverage at Roger’s famous barefoot beach bar. Why then is it that since we purchased Frost, we have yet to anchor there even once? 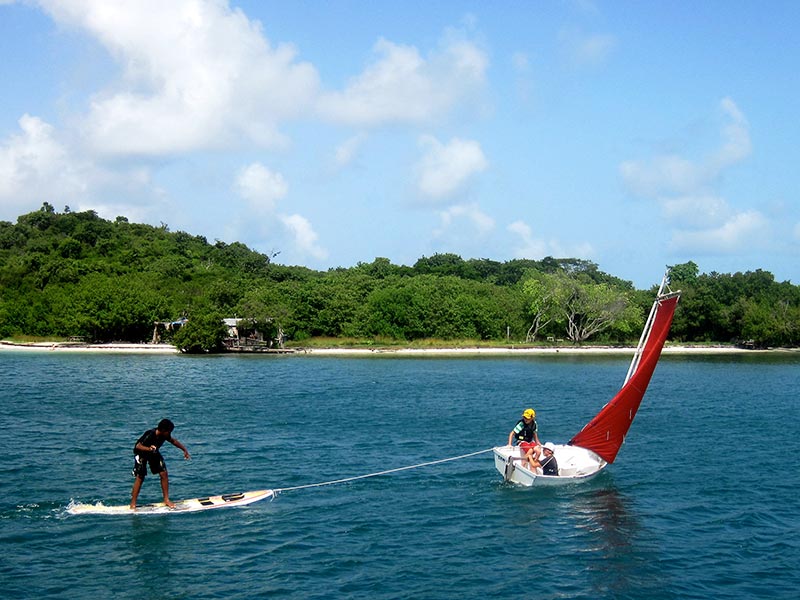 Even though we still visit Hog Island periodically by dinghy, most often to visit Roger’s, the bay has lost much of the cruiser appeal, to us at least. When we look around the bay, we note that better than half of the boats there are unattended (a lack of sails and dinghies stored on deck are a dead giveaway). The phrase “parking lot” comes to mind. Hand in hand with this, mooring balls that are taking up prime anchoring spots seem to have multiplied like un-neutered bunnies. Perhaps these balls are good for people storing their boats long term, but they’re not good for cruisers who are budget-minded, or simply prefer to trust their own ground tackle. We fit into both of those categories, and because of that, we have simply stayed away. 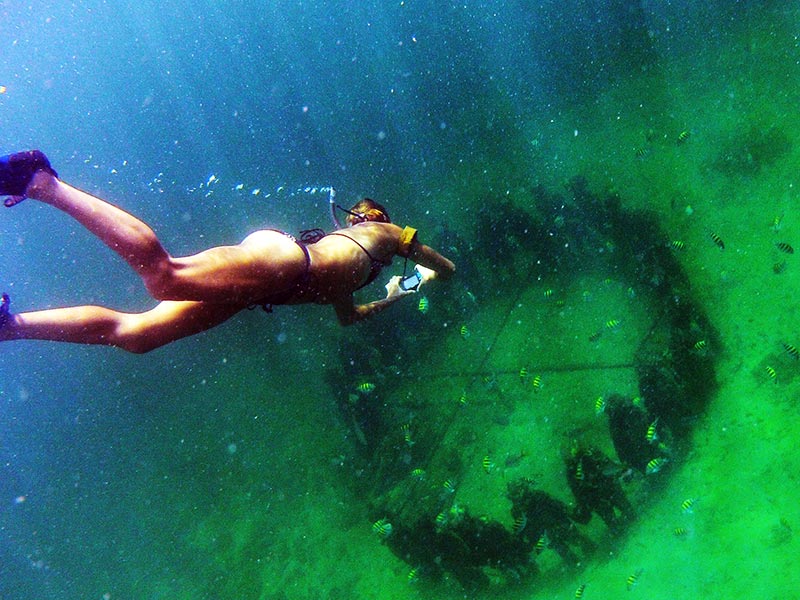 Legal mooring balls can be added for a couple of legitimate reasons. Marine Protected Areas (MPAs) restrict anchoring and require the use of mooring balls in order to protect coral and/or sea-grass beds. Additionally, sometimes a business will install a mooring field in a nearby area where the water is too deep for easy anchoring, or there is bad holding. Aside from those two decent motives, other moorings are simply added as a money-making venture, often haphazard, and it’s these that frustrate cruisers the most.

A mooring at Norman Island, BVI.
And people wonder why many cruisers prefer to trust their own ground tackle?

Contrary to what some might believe, cruisers do have a limited income. Rebecca and I, for example, have only so much money to spend each month, and we would much rather spread it around at local businesses than be forced to buy/rent a product, a mooring ball, that we really don’t need or want. I kind of feel like filling a bay with mooring balls, intentionally taking up all the perfectly good anchoring spots, is akin to the guys who register all the good domain names, in effect, hijacking them and holding them for ransom, forcing those who have a legitimate use for them to pay. The ultimate truth is though, we’re not locals here, and thus we really have little say in the matter. The only thing we do have going for us is the ability to vote with our sails. In other words, if we don’t like something, we can just move to avoid it, right?

Apparently both Hog Island, and the anchorage area outside St. Georges, have been designated as MPAs. As such, there has been talk of establishing a mooring field in those spots, and limiting/restricting anchoring. At least with respect to the St. Georges area, this talk is more than rumors.

*The cover photo, Roger’s Beach Bar on a Sunday afternoon, was taken by our friend Carlton Grooms.

We have great friends!

The best anchorage in the world!